It's Friday, so it's time to do some Rantin'! 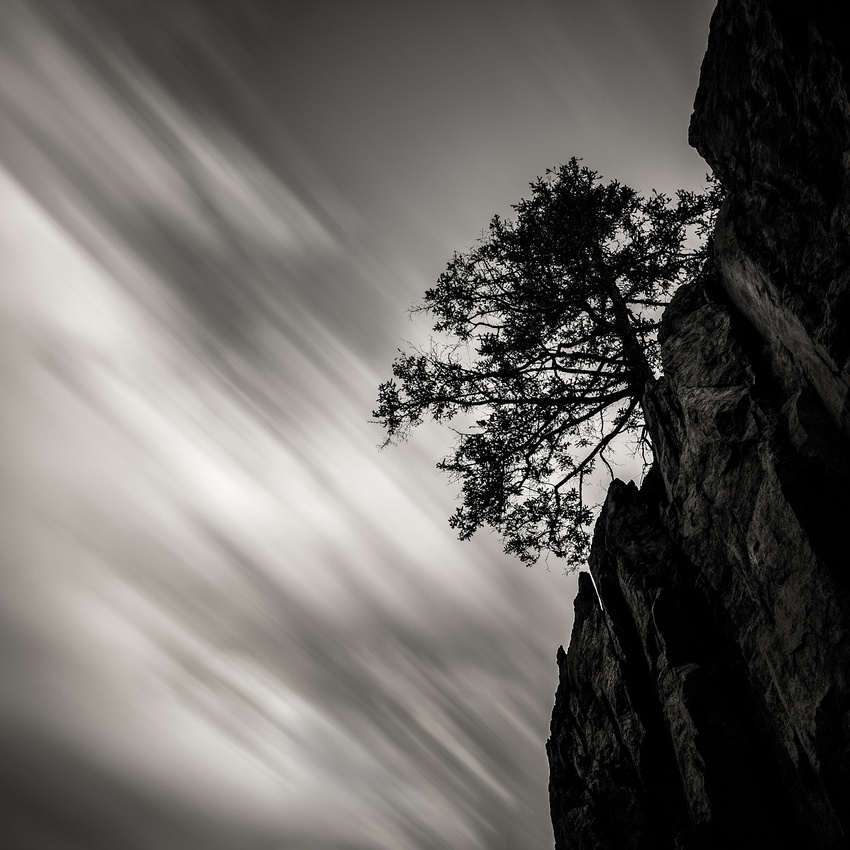 Standing alone on the edge in the wind

"standing alone on the edge in the wind"

Right then. So this and last week I made some new local gallery connections and brought my work to them and enamored them undoubtably more with my personality and good looks then with my prints, because as I was trying to explain to one of them (a particularly nice one at that), that I'd be happy to have them show my work and collaborate with them, but that I only had a limited selection of ready-to-go matted prints left right now and that if they could only purchase one of them perhaps (at a wholesale rate at that) it would allow me to get a stack of mats cut to give them a nice cohesive selection that I would put time into curating, etc. to have the best possible product available, etc. etc. And I got the "oh we're short of funds now, you know how it is" bit that I've heard a lot before and this time it really struck me as crazy to think that all these storefronts are theoretically selling merchandise and stocking their shelves with product that they didn't pay for!? What? I mean: what's that all about?! Sure I'm new on the block and until I can somehow prove my selling potential and value then I wouldn't blame anybody for being hesitant to take on an artist in early career, but some of these places have actively sought me ought and came to me and asked for my work to have in their establishments, so I was trying to explain to them (and obviously I need to figure out a new way to communicate this point, cause it hasn't worked yet) that it costs me a fairly significant amount of cashola to produce these prints and to have the best stuff- then sometimes you gotta like "grease the wheels!" Because what I have left right now is like what I have left- got me? Plenty of paper, plenty of ink- no mats!

But it's the art consignment business here, ultimately one which entails me 10 percent extra (10 percent! Oh Boy!) more earning than through the traditional retail exchange of 50 percent, 60/40 vs. 50/50. And it is an extremely valuable (theoretically) opportunity to have my work on the wall of a nice gallery that hosts prospective customers, that is nicely lit, has people there to talk about and show the work, etc- while I go on to do whatever I want. Like drinking a beer while typing rants about not getting paid. Or make new work. And thank gawd that I'm making my own prints because if I had to go outsource that then forget about it!

Meet me on the sidebar:: I mean like, wouldn't it be sweet if we could have a stack of mats sent to us to display our prints and we payed the distributor when we got paid? Same thing with say: Canon, that maybe we get to use a 300mm 2.8 for a couple years until we nail the shot to pay for it. I mean it could be a great business model in itself that moves a lot of expensive camera gear- we just sign a contract or whatever stating that when we get the shot, we'll pay for it! Promise! Speaking of which, on a totally unrelated note: "what lens is your fantasy dream lens?!?!" My fellow photographer friends? I want the 300 2.8. it's like what: 11,000 dollars or something? But that's what I want. Then I want the 80 1.2, then a 45 2.8 ts-e, ....

Back to the news: I may be showing my ignorance herein through this, but someday I hope to be paid! Like maybe even up-front, for when I drop off my prints to a gallery. Huzzah! Wouldn't that be the thing!

Because when you really get down to it my ability to make photos is really a luxury, it's not a business, nobody's happiness or well being (other than my own) is dependent on if I make pictures or not and it's these gallerians who are suddenly almost threatening my ability to have a sustainable hobby as I'm gonna go broke outfitting these places! Rant over. Hope you don't think I'm overreacting too much and are chuckling along with me. :)

P.s. I don't want to breed negativity, and I only intended this to be a somewhat humorous commentary on my state of affairs- and that's what I think a good rant should be because there is enough negativity out there in the world that you can get for free, so I in no way condone or sponsor negative complaining behavior, unless it has to do with me not making enough money off photography. Oh Snap!

P.P.s. for those of you in the Maine or more specifically the Mount Desert Island area this weekend of July 27' there is a fantastic show of fine art and craft featuring a lot of my own friends and acquaintances which will be held at the M.D.I. High School:

"The Maine Craft Guild’s Mount Desert Island Directions Show is often referred to as the most outstanding, most successful, and longest running craft show in Maine. At the 37th Annual Show, 80 of Maine’s finest craftspeople will fill the newly renovated gymnasium and cafeteria at the Mount Desert Island High School with their work, transforming the space into a gallery-like setting of carefully designed individual displays. Come and meet extraordinary artisans and purchase work of heirloom quality handmade here in Maine. Admission: $5 adults; children under 12 free.

If you have questions about this event, please contact Show Coordinator Linda Perrin."

Showbox App 2019(non-registered)
Showbox App 2019 download official how to guide updated post is here. Watch latest films on Show Box movies app on Android mobiles/Tablets.
Thomas Schoeller(non-registered)
I get mine from Documounts. You can purchase blanks in your outside dimensions in bulk pretty cheap, then just cut the opening at home.

I was up in Acadia for that weekend. We saw every sign for all the art shows, but I'm only now reading your awesomely funny rant. Rained like heck for the Sunday show in SW harbor. Would have loved to checked it out on Sunday during the rain storm

BTW, just getting around to posting the Acadia pics on my Flickr. Already have some sales lined up for Otter Cliffs.
Nathan Wirth(non-registered)
Hey, Nate ... who are you buying your mattes from? If you have not checked out http://www.documounts.com/content/home they might fit your budget a bit better than some other options out there. Jeff Gaydash told me about them ... and we all know he knows what we all need to know ...
Olivier Du Tré(non-registered)
Hi Nate. That's the name of the gallery game buddy. In my very limited experience of working FOR a gallery is that galleries are responsible for matting and framing if the artist only provides them with a print. That is very normal. That's why they take a cut. To cover their asses on that side. 50% on a 2000$ piece gives them more than enough to rent, heat and light the place too. Gives them also a chance to keep a coherent look around 'the storefront' so to speak. Unless the artist has provided matted and framed prints of course.
Usually they take between 30-50% of the asking price. Art buyers are well aware of this. So always make sure you calculate your raw costs too. So a 40x60 that costed you 500$ to print, 500$ to frame yo can't ask 1300$ for cause that would put you in the hole. You are most likely to sell a piece like that for 2500$. Which gives them 1250$, you 250$ net profit. Which is not something you'll get rich of quickly.
No comments posted.
Loading...
Subscribe
RSS
Recent Posts
Update Summer 2015 iPhone beat me at my own game- Dream Job: Photographing a Lexus ad in the deep of winter in Maine Update: got married, shooting flash, and snow on the ground. The 26 hour day- Triptychs and diptychs oh my! On maintaining creative momentum, or How I learned to stop worrying and love the process Revisiting old processes reaching for new results. Cape Cod before's and after's's's's... On Breaking the Rules= Don't Always Show Your Best Work?
Keywords
maine acadia national park photography have a nice day nate parker photography black and white acadia national park acadia bar harbor maine photography canon
Archive
January February March April May June July August September October November December
© Nate Parker Photography
Powered by ZENFOLIO User Agreement
Cancel
Continue