Dream Job: Photographing a Lexus ad in the deep of winter in Maine 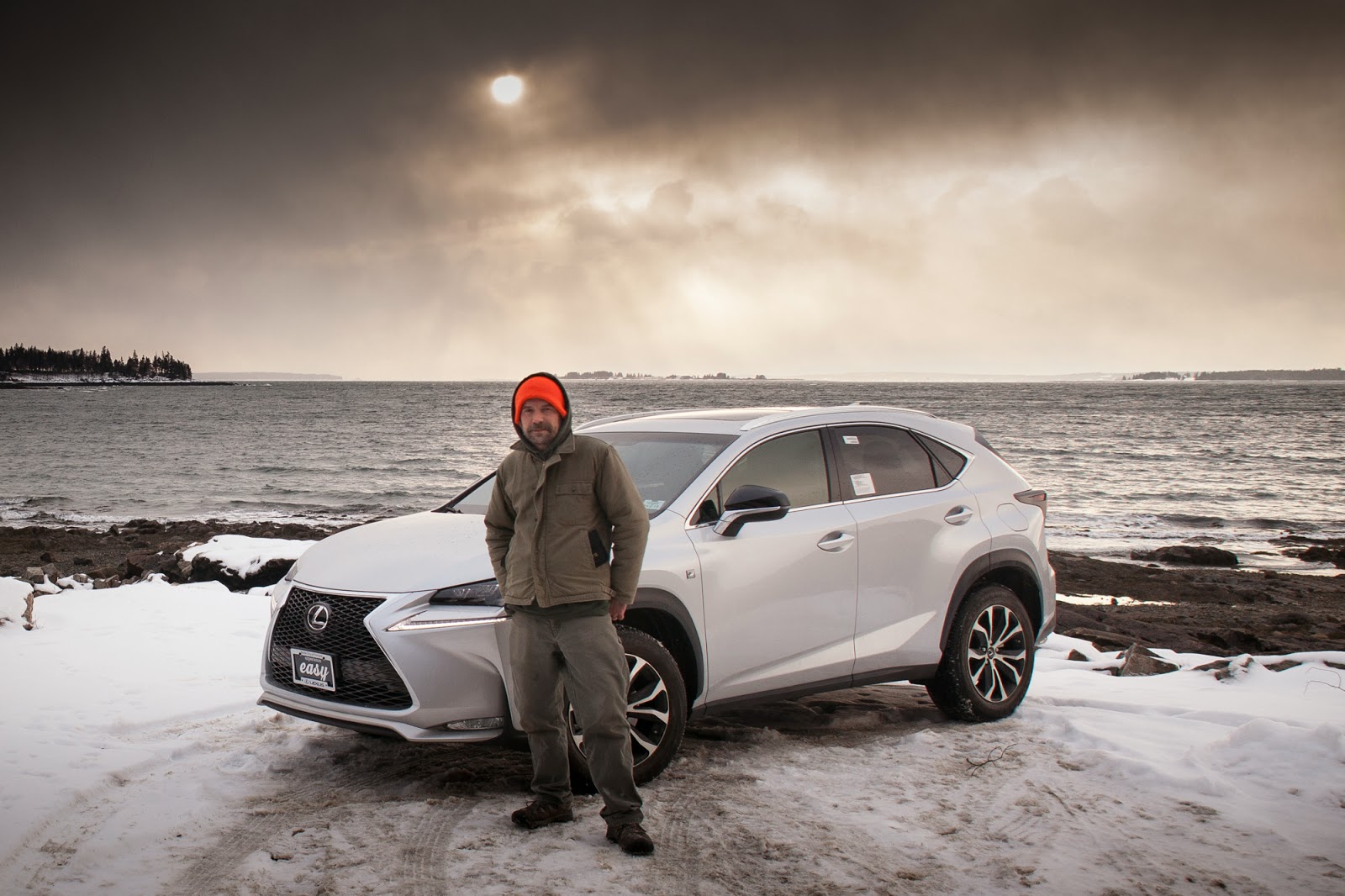 Here's one for ya! So I've been a little quiet of late over here on the bloggy and on Facespace, reason #1 being I've been busier than ever with everything that makes up my life, reason #2 I don't want to just put up a click bait topic that doesn't have anything to do with anything just in an effort to get traffic, so if I've got nothing to say- I've got nothing to say. But this one is too good not to talk about and there is educational value attached, therefore- here goes.

Back in the hot months of the late summer I received a query from a car dealer in Portland, Maine: Berlin City Auto Group http://www.berlincity.com/index.htm (as far as I know I have no NDA obligations keeping me from talking about this and they were so awesome to work with that it's all high fives from my side of the deal!) regarding: they were interested to work with me imaging vehicles for advertising. Pretty sure they found me through the Facebook. Anyway, and here's tip #1, I was so ridiculously busy at the time that I most likely answered the email while out of breath. And while it did sound interesting I told them that in fact I was just freeking swamped and although it did sound great there just was not enough left of me to reasonably consider approaching the job at that time. So that's top tip #1: always try to answer job inquiries while being too busy "in the weeds" and you'll seem like a hot commodity and the financial negotiations will be in your favor! But here's what they said in a follow up email- I'll get to have a vehicle of my choosing to keep for a couple weeks to bring to local hotspots to photograph and I'll be paid somewhat handsomely, that is if they choose to use my work. So they got me there! pretty much I did a double take, and said to myself "say what again?" reread it all, and at that point it was decided!: Count Me In!!

Now I'm not a car photographer, really I'm not even an everything and anything photographer. I'm pretty much a landscape shooter from way back. I do like shooting portraiture, and love photographing on the street in a city, and I've taken a variety of different photo jobs in the past just because I figured I had the where-with-all to approach them and make good work and get paid. But this was bigger than anything I had taken on yet. They liked my work they saw on the internets, particularly my black and white long exposure stuff, so that's why they called me. All I had to do was make an itinerary of shooting locations and show up with the car and do what I do do. Right? Well, easier said than done! And then it showed up.

About 5 months later. On New Years Eve, the Lexus NX Sport in silver showed up in my driveway with a full tank of gas, a few microfiber rags in it and some exterior cleaner. First objective was to bring it over to my buddies house and show off. Well I got in the car, picked the key up, and looked for where the ignition was. There wasn't any ignition. Ah ha!- button start. Cool. Then I had to figure how to take the parking brake off- no lever under the dash board. Ah ha #2= brake release with on the console under the shifter. So now I'm sitting in this $45,000 sports/crossover/suv in these amazing leather seats, and all I can think is a mantra of: Do Not [email protected]$& This Up! Really it is a cool cool vehicle, has a sport mode that torques the engine into an aggressive pulling monster, or an Eco mode that sips gas conservatively. Paddle shifters on the wheel, a great climate control system that you can set for say 72 degrees and forget about it, wicked comfy seats and a solid yet smooth ride; are some of the other high points. Bottom line is- it's a Lexus and it is nice! But I wouldn't buy one. I still like my Tacoma better.

The next day I started photographing. My goal was to achieve 3 or 4 images that I really liked, which is to say 3 or 4 shots which were strong and that I considered winners. But I wanted to make enough work that there would be plenty for them to choose from and which would work in a variety of formats and applications. So I wanted to to have about 12 different scenes/environments in all. The shot list included Bass Harbor with the lobster boats and trap docks behind, on the pier, a couple of oceanside overlooks, a snowy blueberry field, the Penobscot Bridge as an iconic location, a boatyard, a few places in Acadia National Park, and some others.

As far as preparations were concerned: I really kind of wanted to have an open mind. So I didn't want to necessarily look at a lot of modern automobile photography or images of the Lexus NX which would put an image in my head that I would then end up chasing. Not to say that I didn't look, because I did do a little bit of Google image searching on the NX. And I am a member of Kelby One training http://kelbyone.com so I watched a couple Tim Wallace classes on post processing for car photography. Tim Wallace is an awesome car photographer and I've been seeing his work for a couple years now- so that was definitely my biggest inspiration for approaching this. I wanted the work to look clean but have a bit of pop and presence. One thing that was working in my favor right off the bat is that the NX is a very distinctive looking object. I did like looking at it therefore that did make photographing it more enjoyable than say photographing a Winnebago, or a propane tank, or something like that. 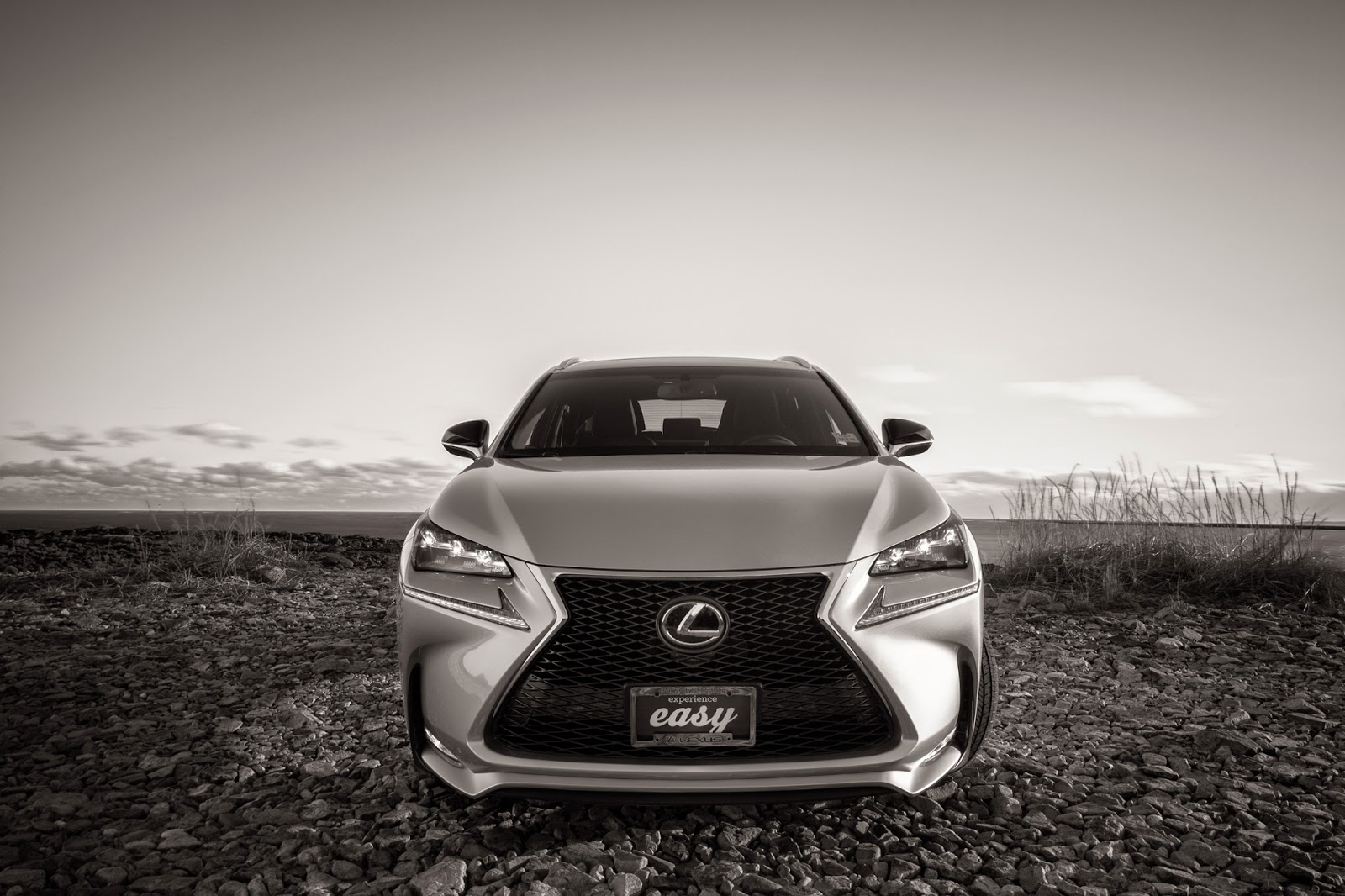 Now for the challenges and problems. The first day of photographing was almost perfect- there were dry roads, it was't too cold at about 32 degrees f and there were fast moving low clouds which would be great for long exposure. However between the time of leaving the driveway to then arriving at location #1- the winds had whipped up to a raging sustained 25 knots out of the north west with gusts that would blow you right over. So even a 10 pound sand bag hanging off my tripod made sharp exposures a challenge, not to mention freezing the nose tip off and the fingers. But I got some shots in the can so the hard part was out of the way= getting started. However that was the last dry day. After that point we had snow fall after snowfall, only a few inches at a time but the roads were forever after covered with slush and or road salt or sand and muck. I did have a brief fantasy considering maybe the winter road dirt would make the Lexus look all rugged and tough- but no, it just made it look dirty. So to combat that problem I would always bring a few gallons of water to pour over the door panels etc to wash away that loose dirt. And with that super shiny finish that the car has it would come right off, and with the bonus of leaving little water drops beaded up on the glossy surface of the car which did give it a rugged "can handle whatever you throw at it" -in the weather look. 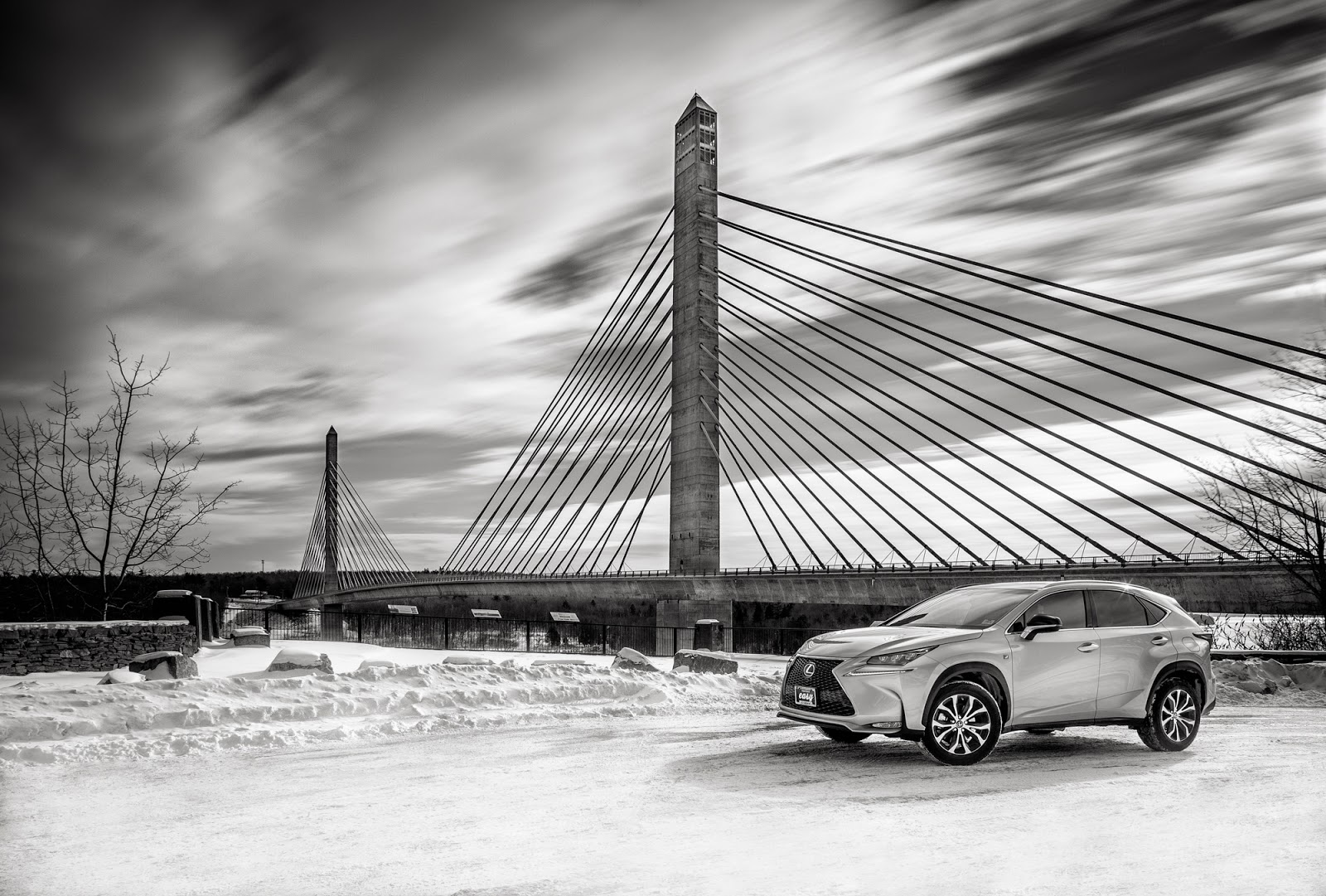 Next problem= reflections. I don't know if this was really that much of a problem but it was certainly a consideration. And since I've finished the work I've been looking at different car ads and some take out the reflections entirely and others don't. With the super gloss brand new finish of this vehicle it was giant mirror with a thousand facets. So where a major consideration in all photography is always: what is the background and is there a tree growing out of his or her head, here it was also a major consideration what is being reflected and can I minimize distracting reflections which then I wouldn't have to worry about as much later in post by changing the angle of my composition or the car itself. 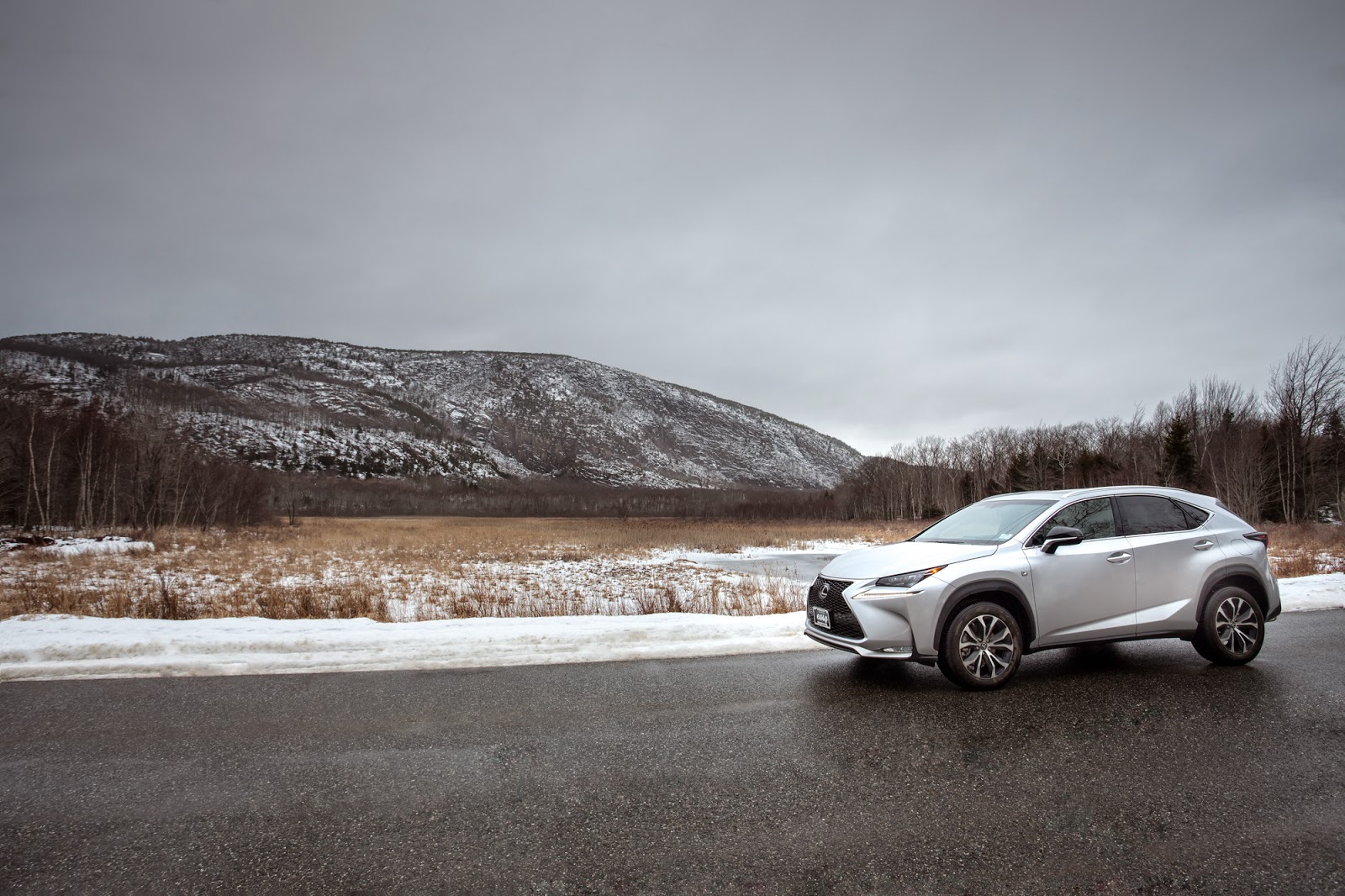 The majority of the work I did in Photoshop was cleaning up the car. Taking out any random bits of dirt left on the finish, removing strong or distracting reflections (for instance where there is fresh snow on the ground there was often a reflection in the door panels that made it look like there was a giant white angular racing stripe on the car)- which kind of looked cool, but it looked much better without that loud stripe. So my healing brush and cloning techniques were pushed to the max. So much so that I decided enough was enough and it's time to add a Wacom Tablet to my desktop. There's enough meat there for another post just about the tablet, but suffice it to say that it's been a long time coming and I wish I had gotten one years ago- because I love it! Makes dodging and burning on a grey layer as natural and effortless as it should be. 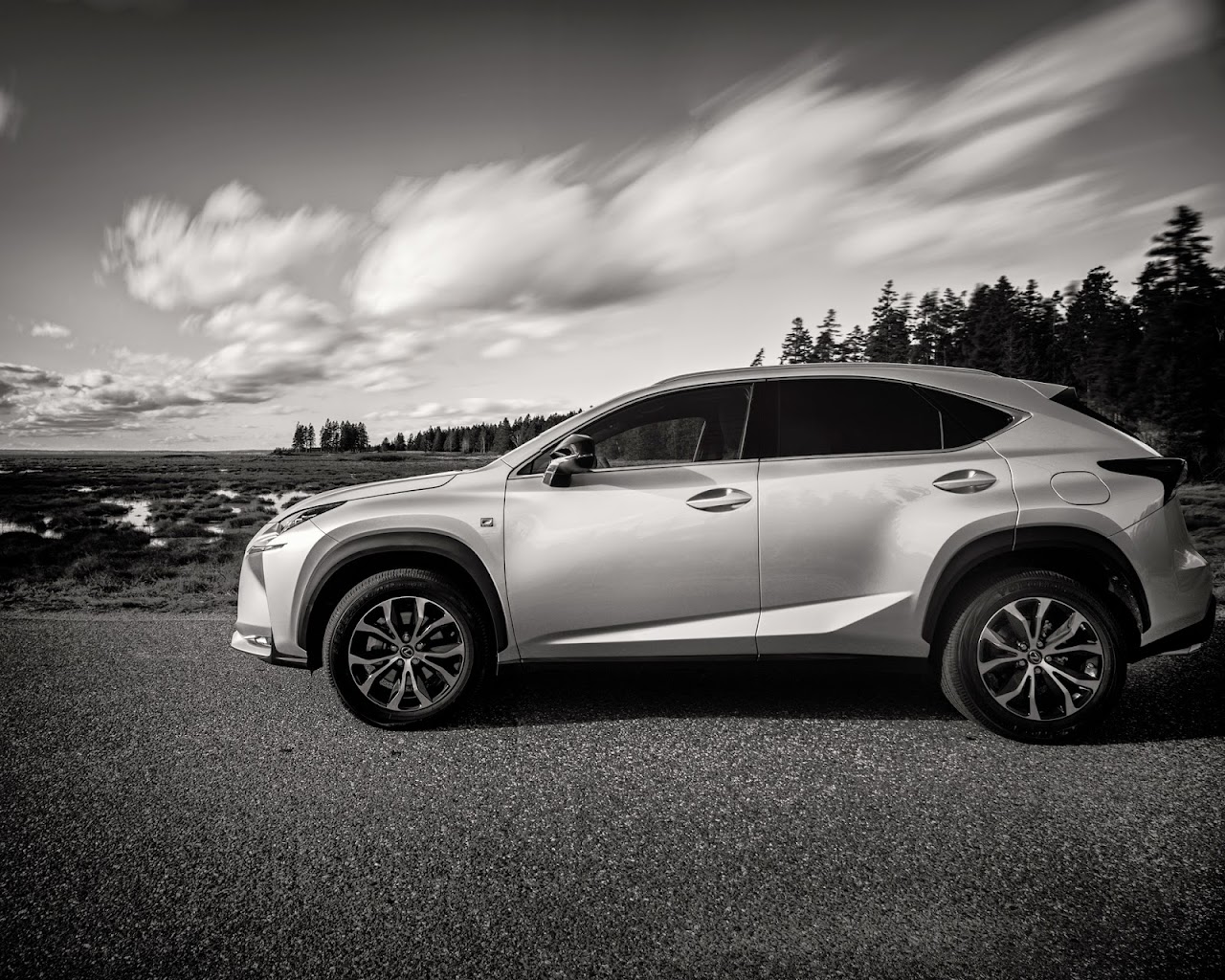 Alright then, let's cut to the chase and wrap it up- I ended up sending them 16 scenes of 44 images. Some were doubles as a color and a black and white. I did end up getting the 4 shots that I was very happy with and in the end felt that the entire body of work was valuable and that I did a good job. I learned some new skills through doing the job, got out and made a bunch of work at a time when I probably would have more likely been hunkering down and letting the weather blow by with my camera sitting in it's bag. Had a blast driving driving around that sweet sweet ride! Just burned under a tank of gas and was extremely careful treating the vehicle like it in fact wasn't mine! And, in the end, I even got paid in a timely manner! (grand applause and a hallelujah amen!) The only downside was that it was a lot of work photographing, and none of it was for me. 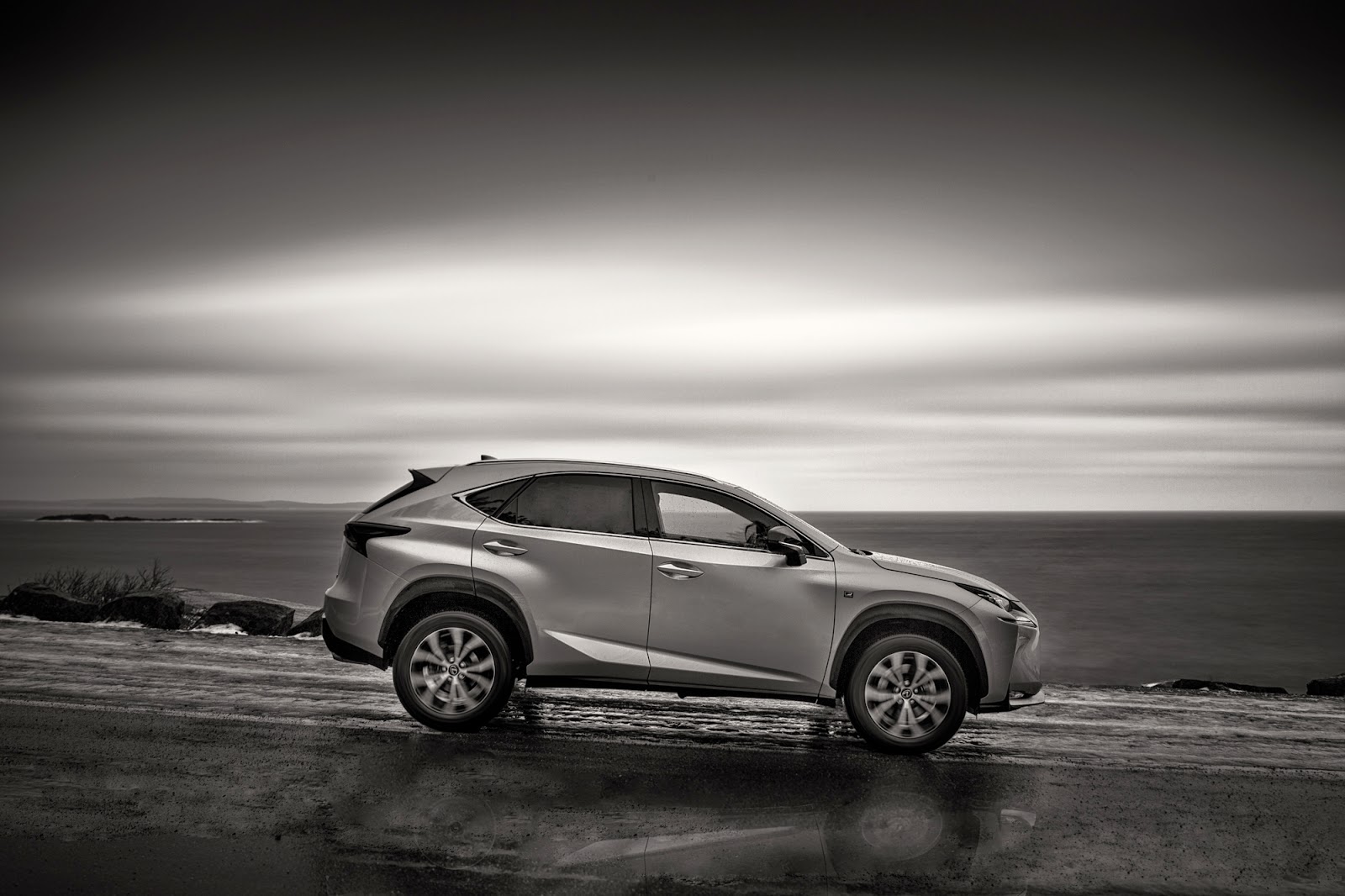 And this is lesson #next: regarding success. I consider it a great success that I've come a long way from the point of wanting to be a good photographer to being a photographer that is busy doing things that aren't making photography for my self. So therein lies a problem- the expression is: do what you love and you'll never work a day in your life, but what I love is going out and finding imagery and coming home and working on it for a few days over beers. But I did end up enjoying working on that Lexus job almost as much as my own work- especially by the end when I had a strong idea of the vision of the look I wanted, it started to feel like I do when I'm just out shooting. And nobody got hurt and no property was damaged so I'll chalk it up to a great success. And looking forward to what the next challenge is that's gonna come down the pike. 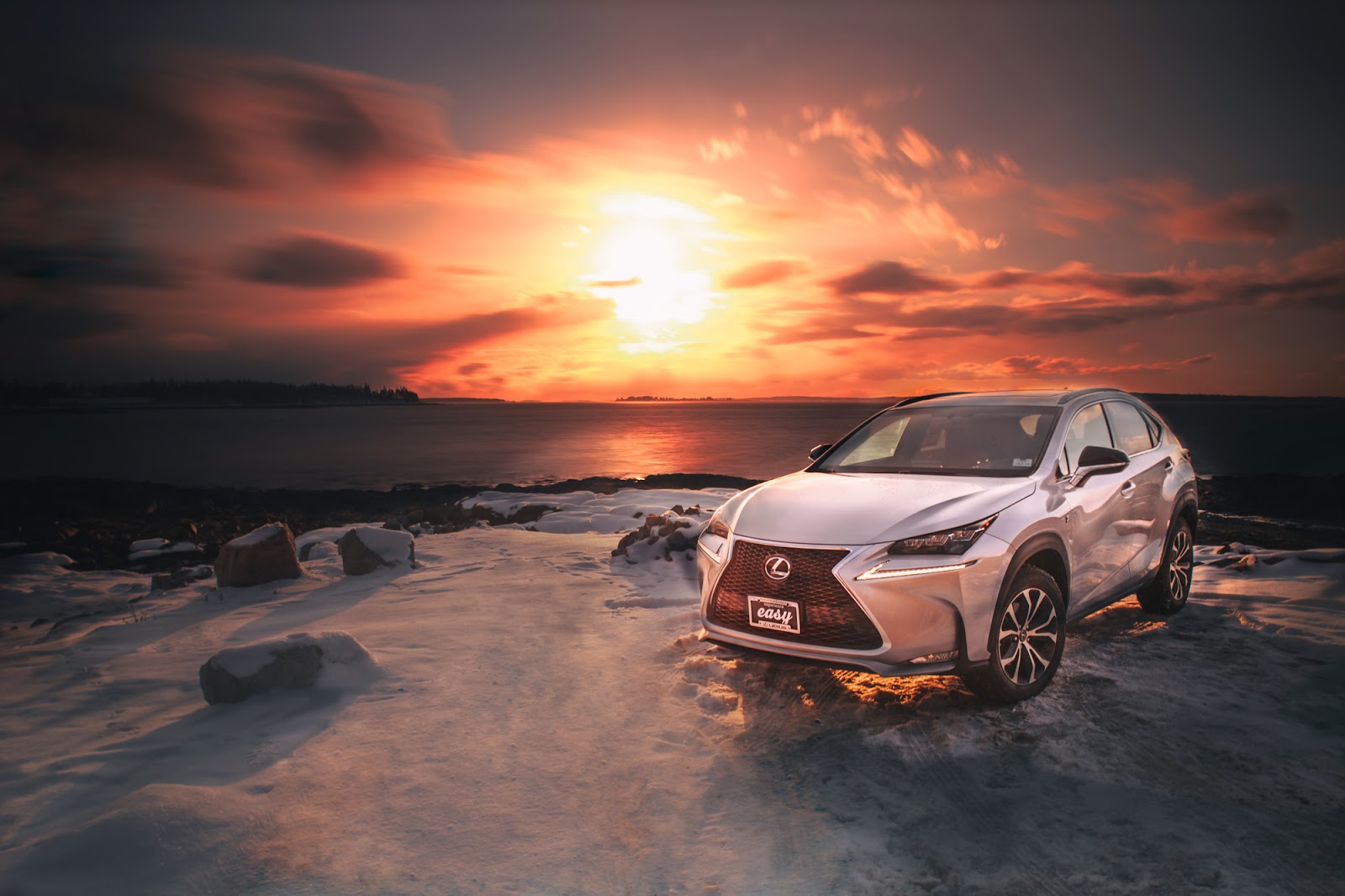