Maine's finally starting to shake off winter for good, (knock on wood, loudly!), and Spring is putting a spring in my step. Starting to feel properly inspired to want to make stuff again. This particular past winter was furious to the point where it just wasn't that too compelling to revisit the places that I've been so many times before to photograph on this island- I had nothing new that was burning in me to pursue there enough to overcome the effort and pain it would take to do it. I mean here's the deal- it was usually 10 degrees f and blowing 25 knots everyday from the beginning of January up until last Tuesday. And this is April.

So things got a little dusty in the old inspiration drawer and after a while guilt got a chance to get some screen time and before you knew it I was in the artists death-spiral of "I'm worthless and will never make anything good ever again" mode. But I wasn't worried too much. Been there, done that- like the common cold "it's got to get worse before it gets better" I knew it too would pass.

With the 'down time' I dug into the new version of Photoshop- CC, and did some online training and have a much better sense of the potential that that program can offer my own future work and some ideas for projects using compositing- which I would never have thought I would ever pursue. So that's cool. And I had a lot of time to think about where my work is now to think again about what I want it to amount to or mean and why etc. Which is always heady stuff and goes much better with a beer or two and a healthy dose of "what if none of it at all matters, at all", etc. Which is important- because when you have lot's of creative momentum and keep making and making without occasionally coming up for a breath of air to check the progress like, well- then you can't check the progress, like. :-) Long story short, it wasn't my most productive last few months artistically but I definitely think I've grown. Which is good. Either that or I'm a blind optimist. Bah.

Right then- let's get on to some tech talk!

Tech talk topic #1: Revisiting panoramas. I used to be hooked on making panoramas. From around 2004 through 2009 or so just about every image I set out to make was going to be in a panorama format. This started because I just wanted a much wider field of view- I'd be out photographing in the park in a cove along the ocean and everything from the North end of the beach to the South end at the cliffs would be crying out to be photographed. Or in this case a stream through the woods-

And an old two shot stitch of my doggy Grover on top of Dorr Mountain above the fog. It's got dust in the sky and the stitch is sloppy but I like it! 2005

The learning curve to make a properly pleasing perfectly plumbed and passably produced panorama took me awhile to figure out. I was using Adobe Elements back then to do the stitching of those first handheld pans which worked ok but I kept getting stitching artifacts at the seams which I would try and smooth away by cloning (terribly). So it became obvious- not so quickly though, (remember the internet wasn't hardly what it is now back in 2004), that I needed a proper nodally centered panoramic tripod head- but then, how to afford one. The popular heads back then were the Really Right Stuff heads I think and then some British special models which were all about 1000 dollars. So eventually I found the Panasaurus head in 2005, and I loved that thing for the next 4 years, almost too much. 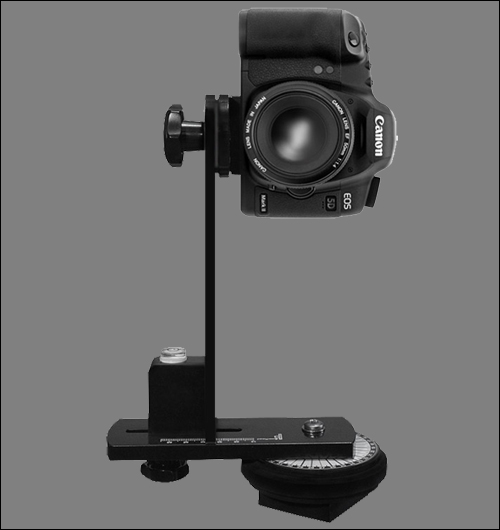 here's the link http://gregwired.com/pano/Pano.htm only 99.00$! crazy inexpensive and works solid and great and is easily adjustable for all kinds of kit. -Absolutely no sponsorship for me I just loved it.

See in order to make a proper panorama you need to eliminate parallax error (which is the change in field of view you would get if you close first one eye and then the next) and the nodal point is just in front of the sensor so you need to be able to calibrate the tripod head to align to that point. Then the tripod head can rotate around the nodal point in any direction and there will be absolutely no stitching artifacts in post production. These days it would just take a tutorial or two on Youtube and you'd be making perfectly awesome pans in a week, back then though it took me about a year and a half to start making pretty good pans. There other part of the equation was PTGUI (Panorama Tools graphical user interface) which was a hundred bucks back then and could handle elaborate stitches and render in a variety of formats for a completely different look- mercator projection vs equirectilinear etc or even render as a VR out to a Quicktime file. So I was off to the races and started painting 360 degrees of view onto my little Rebel XT's sensor. 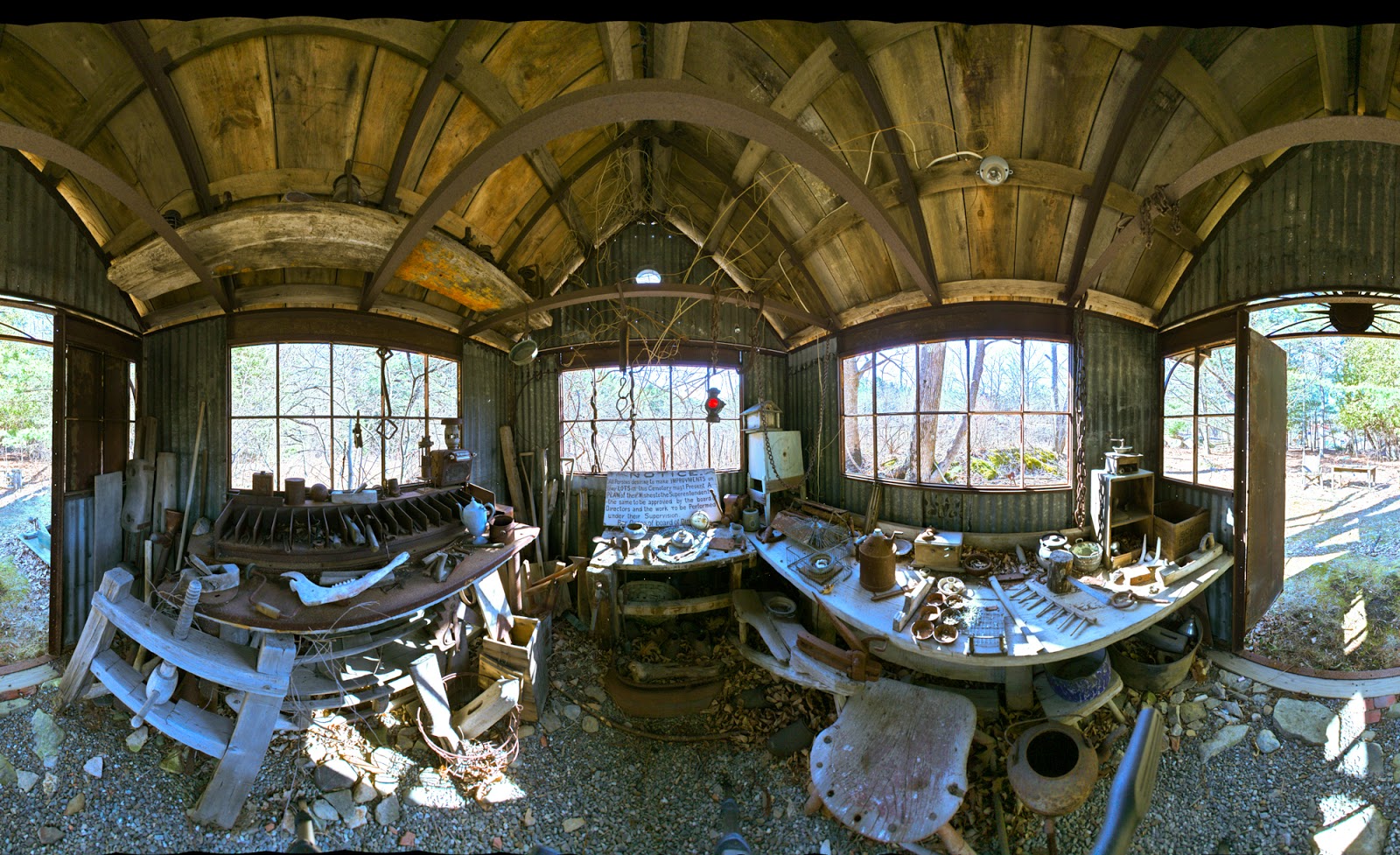 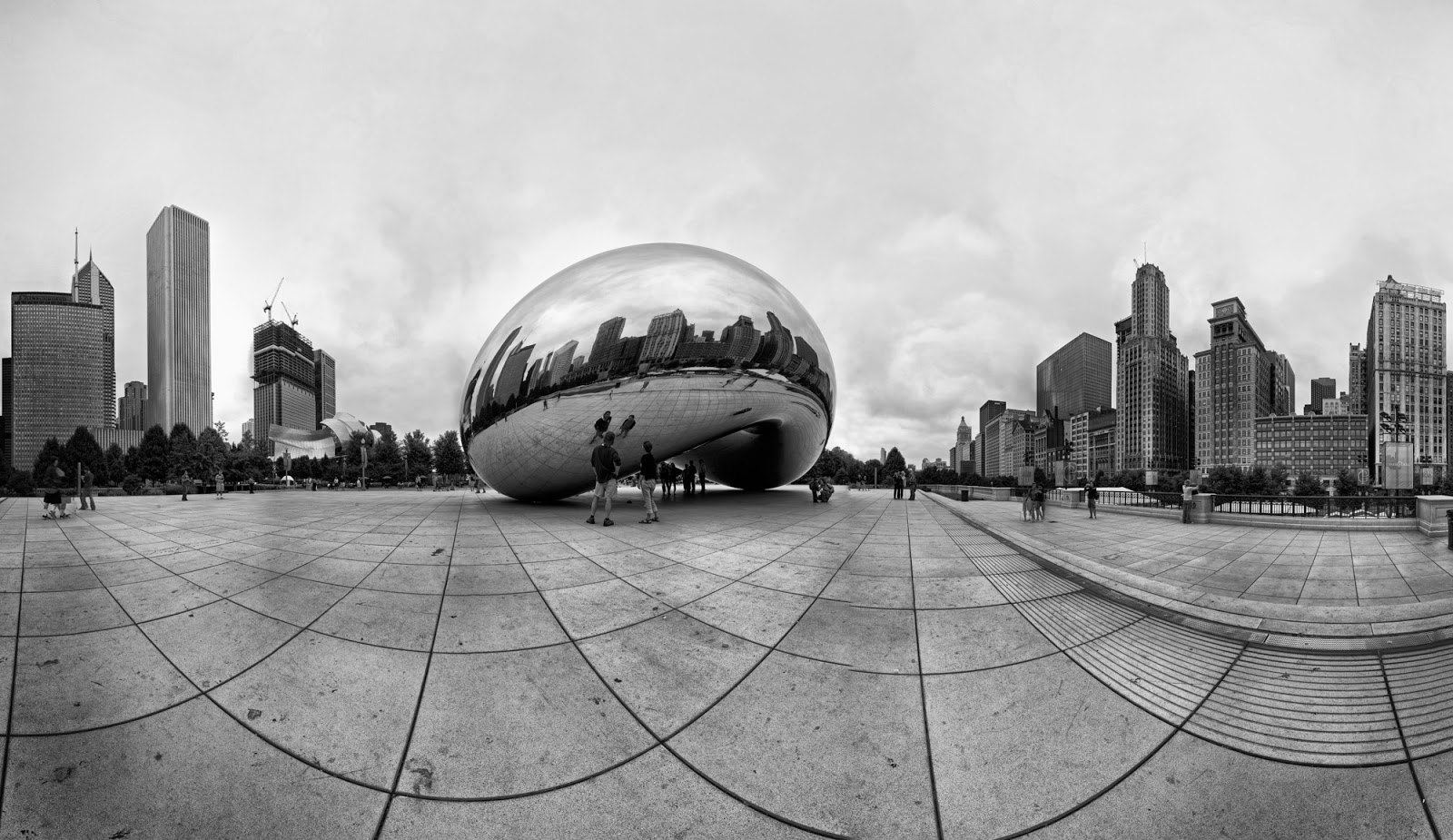 The Bean in Chicago with Sophie. (This one has a stitching artifact but I like it for the sentimental value. The stitch problem probably came from either a sag on that old tripod or maybe it moved a bit. Also these days I could probably have aligned it better with more modern tools.)

Then at some point along the way there I found HDR and Photomatix, distressingly now in hindsight- especially that I was only shooting in jpeg and not backing up original files well- so I consider a few years of work lost due to crappy workflow!~ Be warned! Always keep clean RAW files and never fall for fads! Easier said than done. 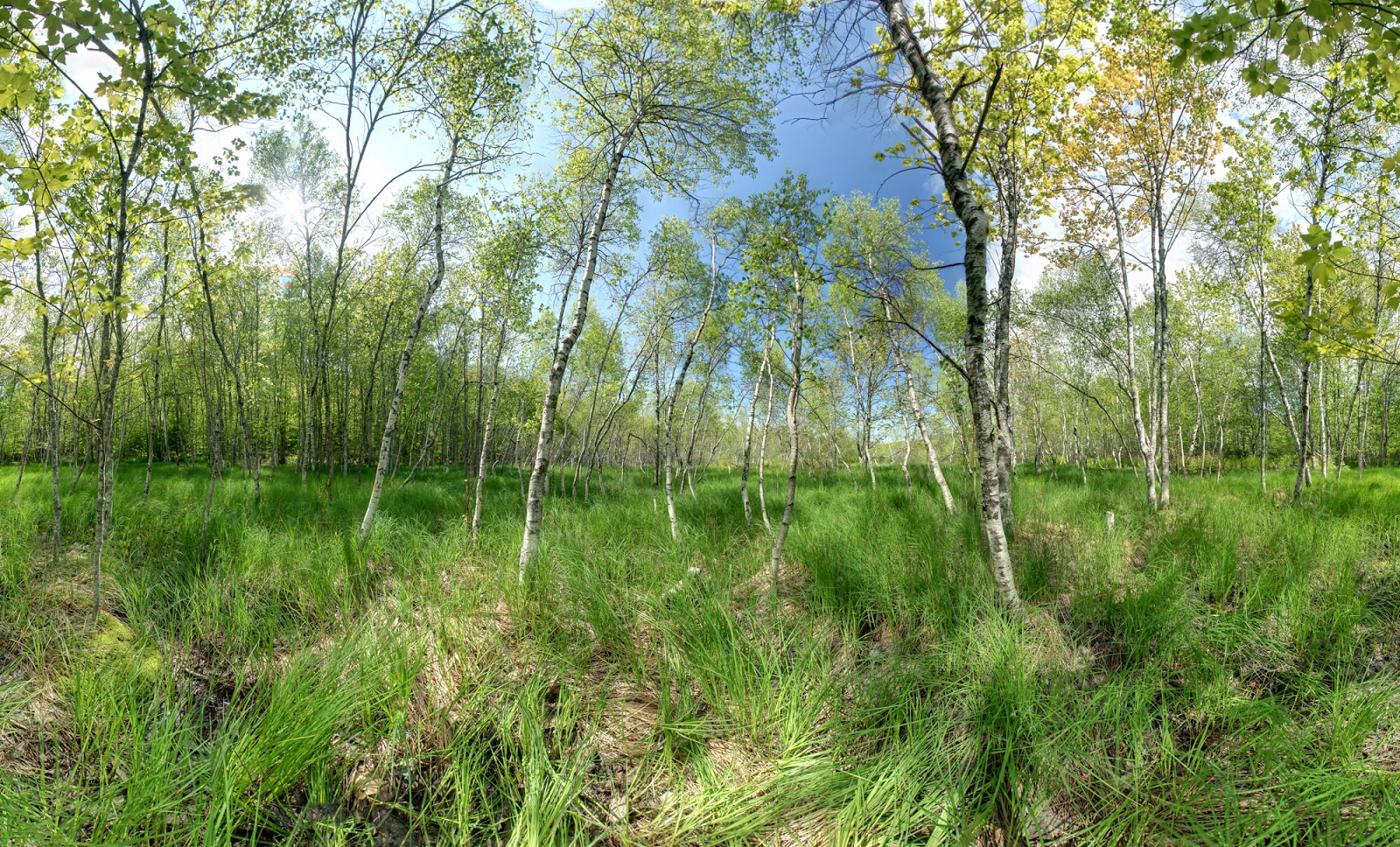 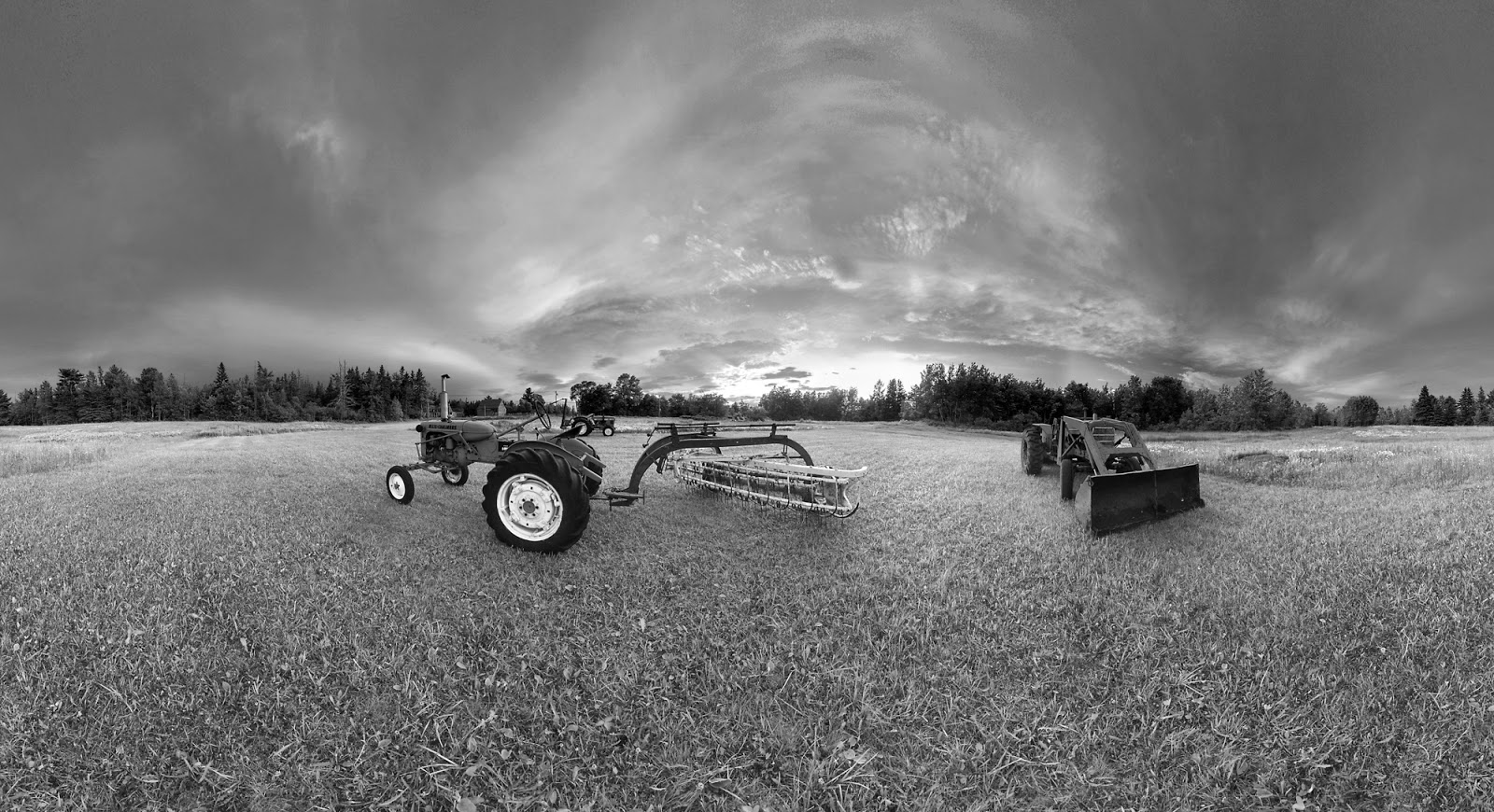 Farm HDR pan- not too bad until you look up at the sky- so noisy! Arg! What was I thinking!!?? 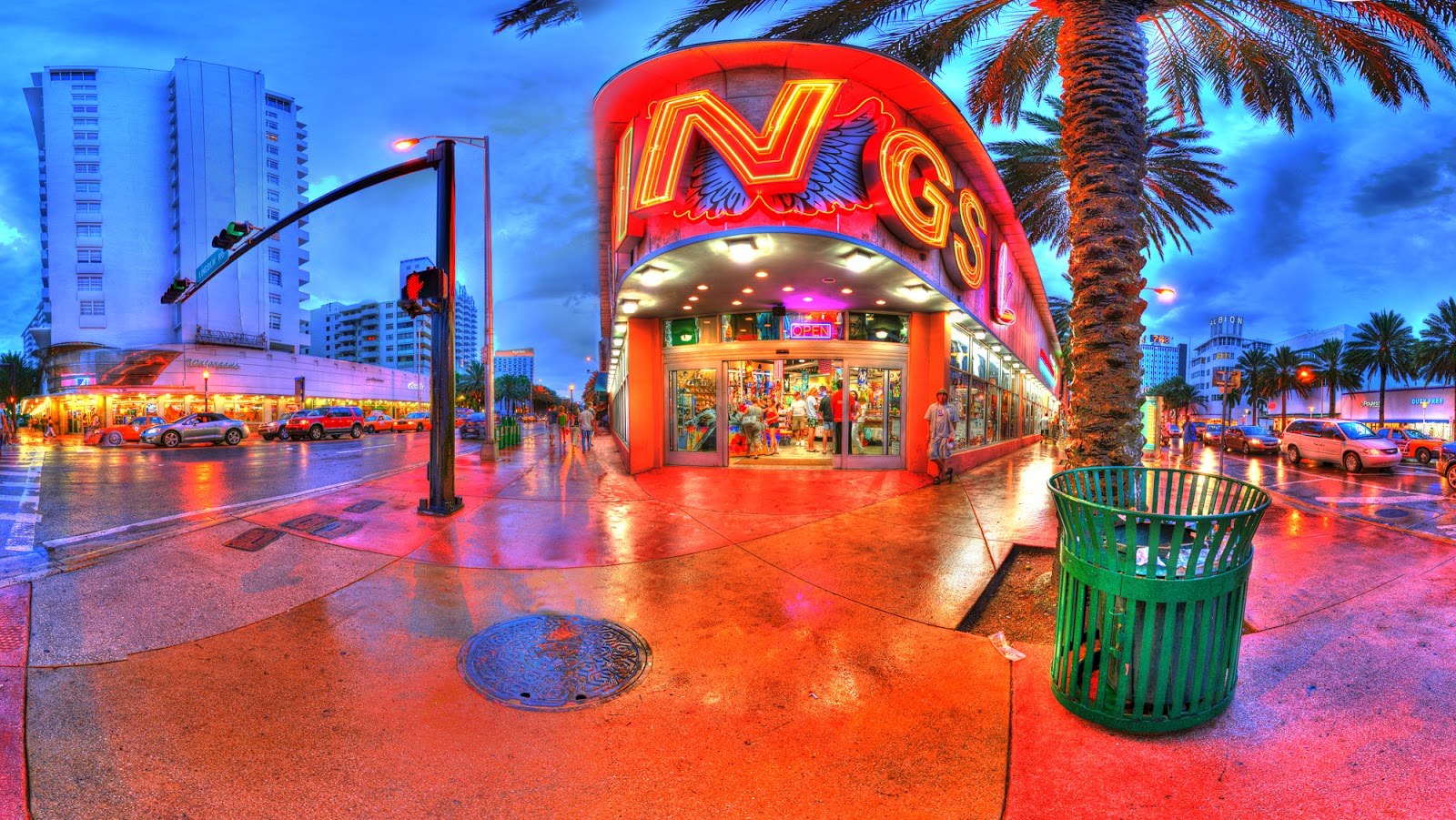 Miami Neon + HDR omgawd! such Andrew Lloyd Webber technicolor Rubbish!! Have you had enough yet?! 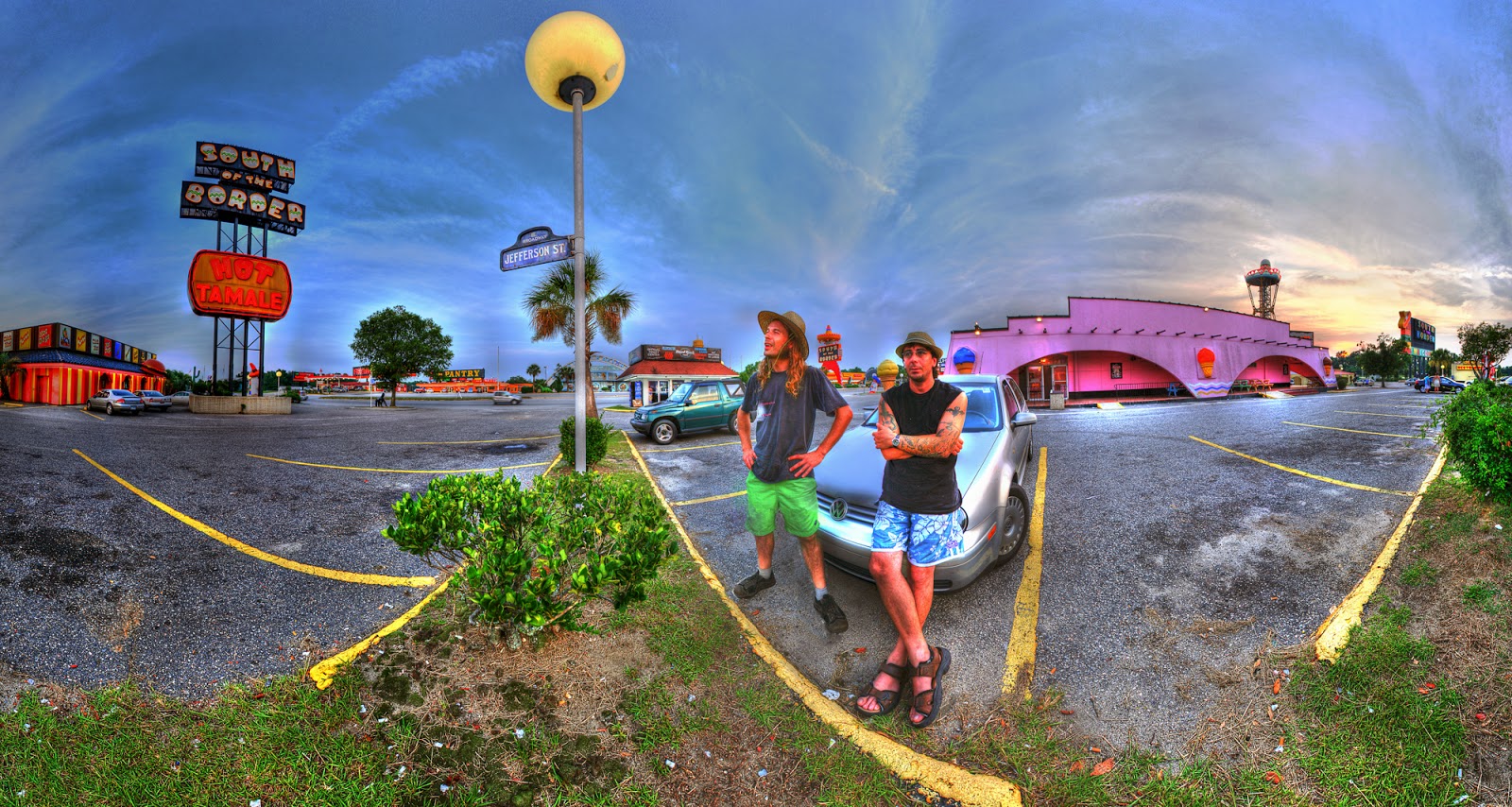 On the run, South of the Border- deeply under the influence of HDR blindness. -"What happens is the user becomes so impaired by the absolutely surreal lack of reality that normal perception is often completely obligated". (from the HDR recovery 12 step program users bible). I got my 5 year coin 2 weeks ago! For anybody new to the program I will sponsor you- just contact me in an email.

Those were troubling times. I'd hit my bottom. Who can blame me that shortly thereafter I never shot another panorama or HDR'd anything again until I accidentally happened across it on the iPhone years later. Went straight to black and white single shot landscapes and minimalist black and white fogscapes and long exposures with large open areas in the image. It did help massively to invest in quality glass and a much better sensor of the Canon 5D2.

Until this past last year. My go-to lens of choice for landscape is the 24mm tilt-shift made by Canon, anyone who knows me knows how much I harp on about that lens and I've done it a lot here in the past. http://nateparkerphotography.com/blog/2012/10/the-canon-24mm-f/3-5-ts-e-the-best-lens-for-landscape-shooters--hands-down I've found myself using that lens more and more though to make 3 shot shift-pans to give the scene a larger field of view and it fits my preferred 4x5 crop format perfectly and adds a lot of dpi to the final print. This is how it works- locked off on a tripod and in manual mode you make the first shot centered then shift the lens 12 degrees full left (or up) and again full right (or down). I send the 3 files out of Lightroom to stitch in Photoshop CC, which has a much better stitching engine then ever before and layer masking can usually fix any trouble spots. The final 3 shot stitched file off my full frame 5D2 is about 65 megabytes or so which prints noticeably cleaner.  Of course shooting in RAW protects my file for the future and having good back up strategies ensure no matter how I choose to render the final image now years from now I'll be able to go back and adjust it for any changes in taste or more modern methods.

Also last summer I wanted to upgrade my old Nik Silver Efex version before Nik got swallowed up by Google so I ended up getting the Nik Complete suite which happens to come with the HDR efex pro app. Which will introduce tech talk topic #2-

I resisted running any brackets through it for quite a while until eventually curiosity convinced me to give it a go. Went out and shot a morning of fog scapes along the shore at Wonderland and misty scenes along the trail and came home and ran the set through HDR Efex Pro. It was nice. The stuff came out fine, the control and interface of the program was enough to make powerful adjustments with enough precision to keep artifacting at bay and noise out of the process. So it was cool and all but really for all the work of initially in the field bracketing in camera properly- to running it through the extra steps of HDR Efex, I'd rather just make 1 good exposure in the field and finish it with Lightroom and Photoshop plain and simple. With good technique you can get pretty close to an HDR now anyways, However: there's one more thing.... there is one more method of HDR'ing by using just Lightroom and Photoshop to create the 32 bit image which is then 'tonemapped' using Lightroom. And I think this is the most interesting and simple approach therefore probably the one I will do occasionally moving forward. You send your bracketed images from Lightroom to Merge to HDR Pro in Photoshop- Photoshop creates the HDR file and gives you a dialog box that offers a bunch of tonemapping sliders in 8 bit mode. Don't use those sliders! Instead select from the drop down bar that shows mode: 8 bit change it to 32 bit and all those sliders go away and you hit Save file which exports it to Lightroom as a 32 bit file which you then develop using the Lightroom sliders that are so much more precise and controllable and the result is theoretically a file that has stronger detail in the shadows and cleaner less noisy images.

The bottom line here is I think it's funny how things come around full circle sometimes. Where I'd loudly sworn off the old techniques that I used to use with enough distance I can still recognize that some aspects are good about a certain processes sometimes. I guess it's a reminder to try to not be too stubborn or proud about a thing or else I could end up right back in the trappings of those dumb old technicolor HDR pans days all over again! 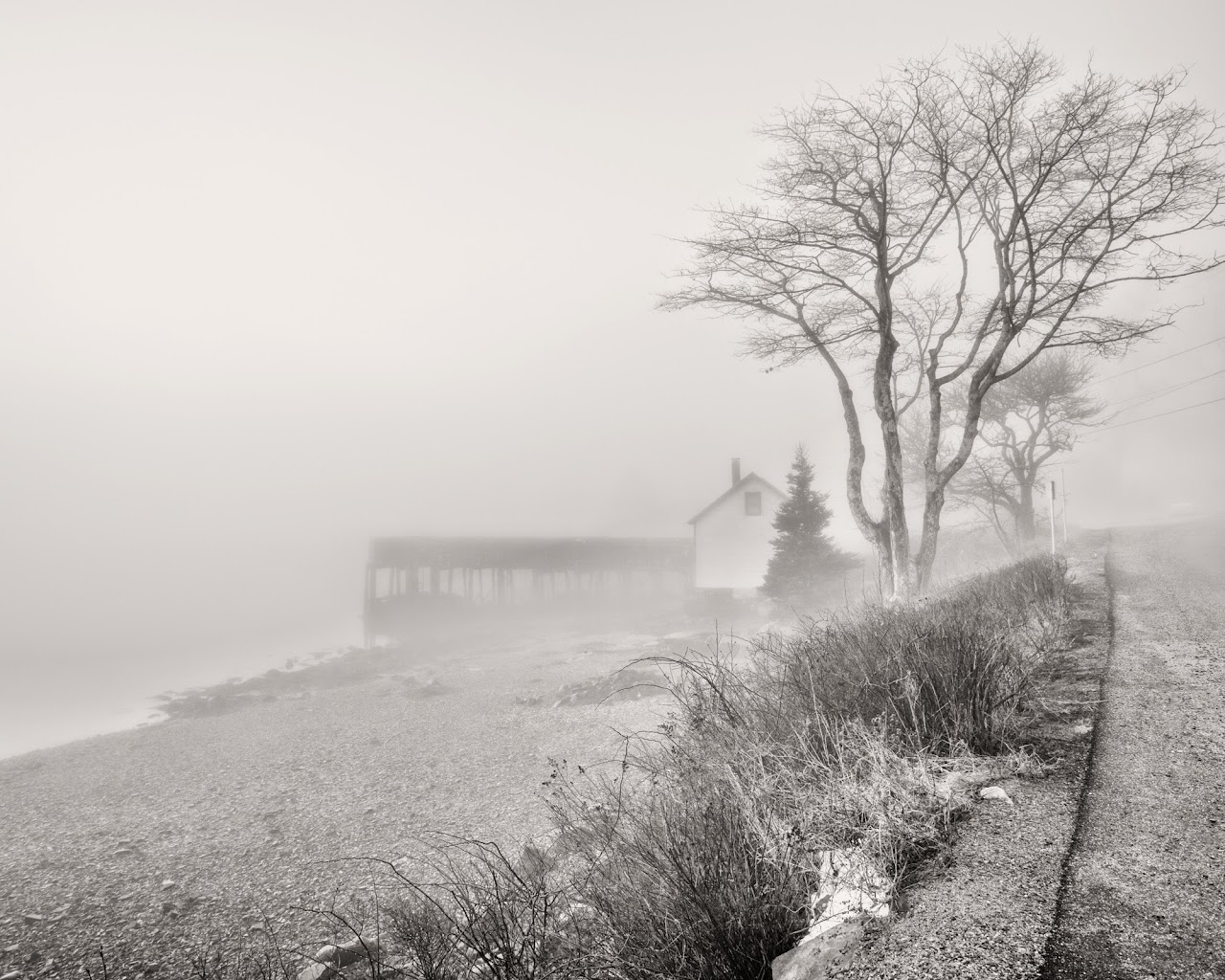 Bernard Maine in the fog. Lightroom HDR method. I like it enough- there is very fine grain that is not unpleasant whatsoever. The round trip process takes a few minutes on my 8 gig quad core i7 but it's not unreasonable for the special occasion that I would consider the technique.

That's it for me for now. Any thoughts on any of the above I'd be interested to hear in the comments. Have a good one!