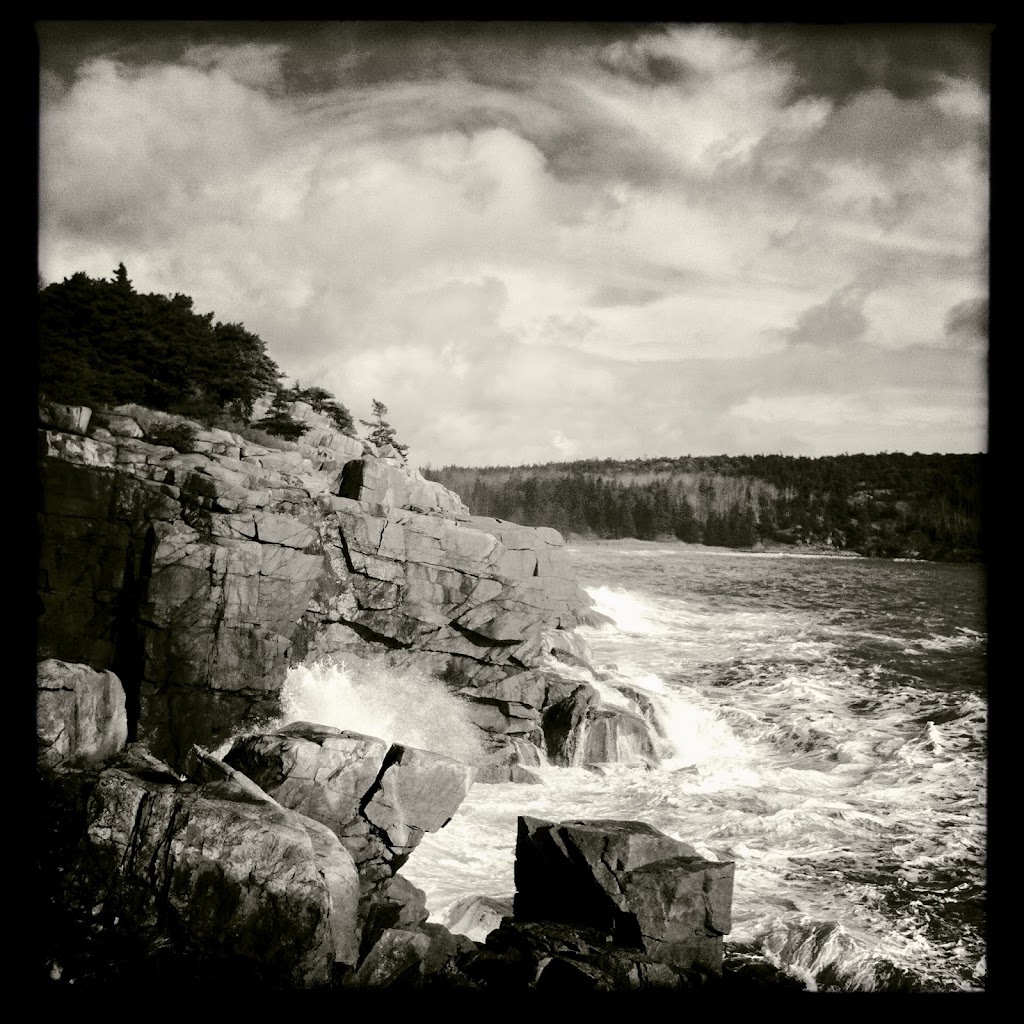 Acadia Coast- shot with the Iphone4 developed with Hipstamatic while I was making long exposures with my real camera.

Hey there folkies- hope you're well. So just the other day I was talking with a buddy of mine over on G+, who's an excellent photographer, and I love his work- and he was slandering one of the more popular phone camera apps that we all like to use: saying that it's wicked lame that people are using filters to make the pictures look better, but they do look better! In my humble opinion at least.

I totally love my Iphone camera and mostly Hipstamatic but I've tried a bunch of the other camera apps, I'll use Snapseed in conjunction with the regular camera in the Iphone4 that I have if I ever feel the need for a straight shot that I can have more control over processing, but the thing about Hipstamatic and the apps that give you a look after you press the shutter button is that you're never quite sure what you're gonna get- which is all where all the fun is! It's just like using the cheap point and shoot cameras of the 70's and 80's, making pictures and dropping them off at the lab and waiting them to be developed then going back to see what came out a few days later. And the point here isn't making fine art imagery or even commercially saleable images, it's just to have fun and to take a snap of a thing or some moment or whatever. And the apps that are popular that people are using are making, (in this guy's humble opinion), snap shots which have mundane subjects and themes at least look somewhat interesting.? 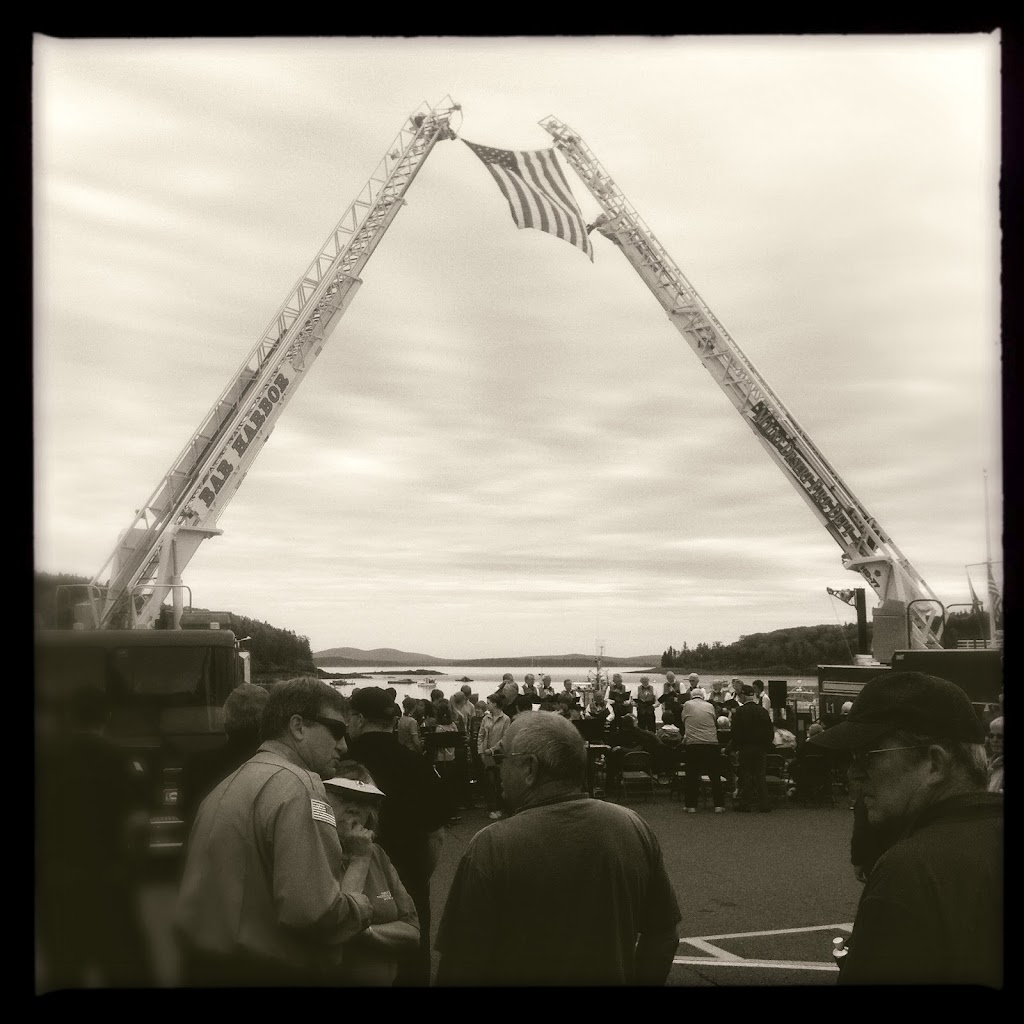 And like are we supposed to expect that a casual shooter who is uploading to Facebook and Google Plus and Flickr (I have to renew my subscription with Flickr or else they hold the images hostage- isn't that lame?), are we to expect a casual phone shooter to take the time to white balance correct and selective sharpen and make contrast and exposure tweaks just to snap the shot of the big fish that their buddy just caught? So there you go! Find an app that you like and burn up them pixels! -Take that Oli! 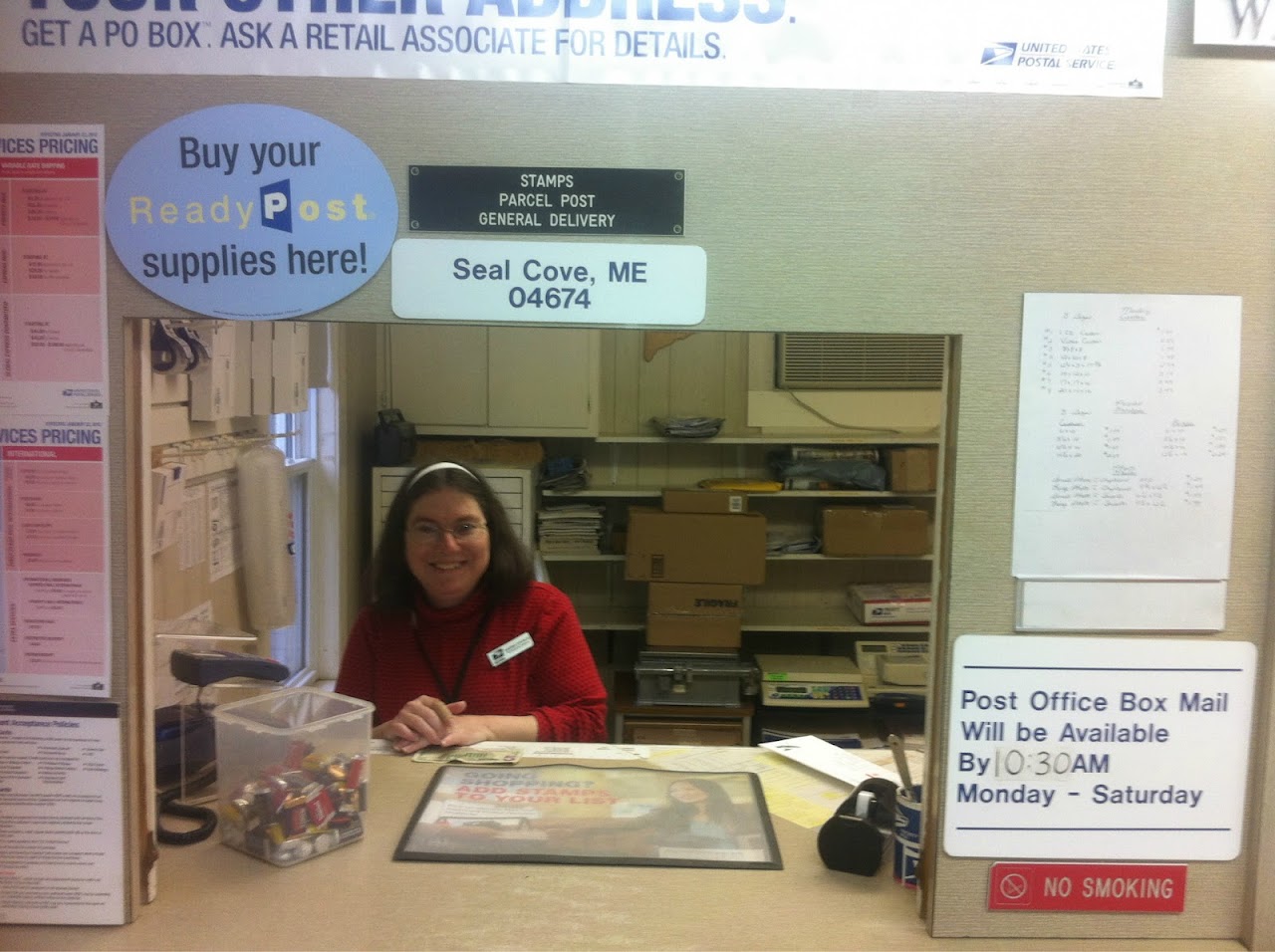 The Post Office lady- too bad the phone cam and I missed the focus, but she's such a sweetheart!

The point is is that you always have your phone with you these days (if you are bipedal and under the age of 55), therefore there is no excuse to let an interesting moment go uncaptured. 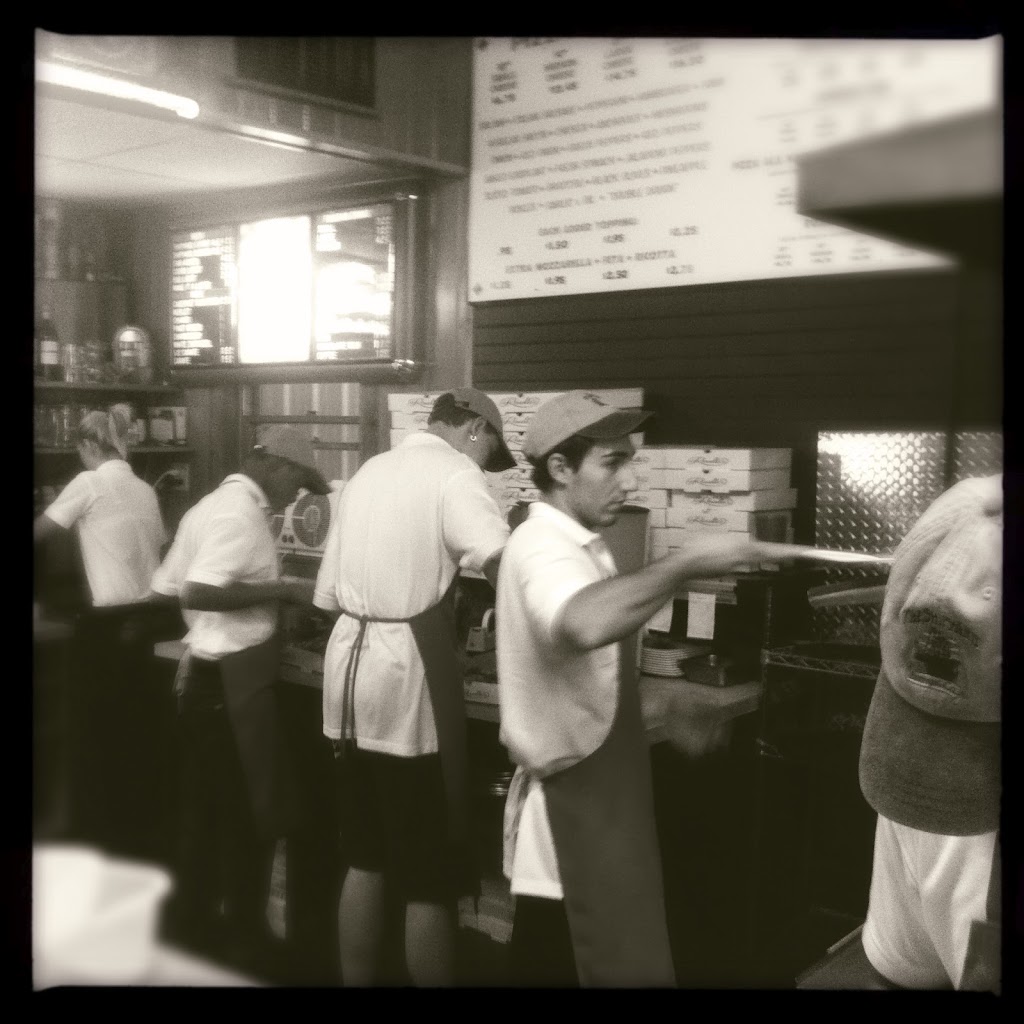 Rosalie's Pizza in Bar Harbor, going to pick up a pie with Soph after we went to a gallery opening where I had some work. 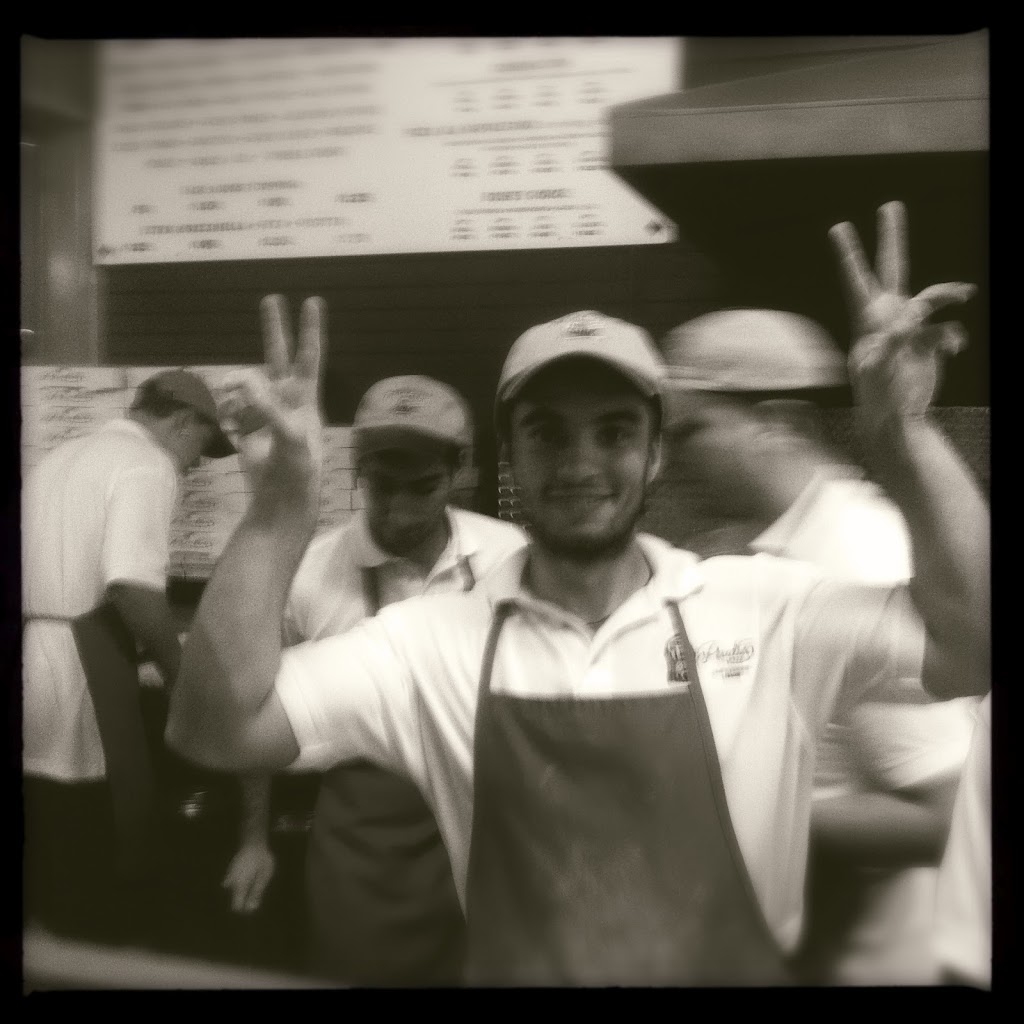 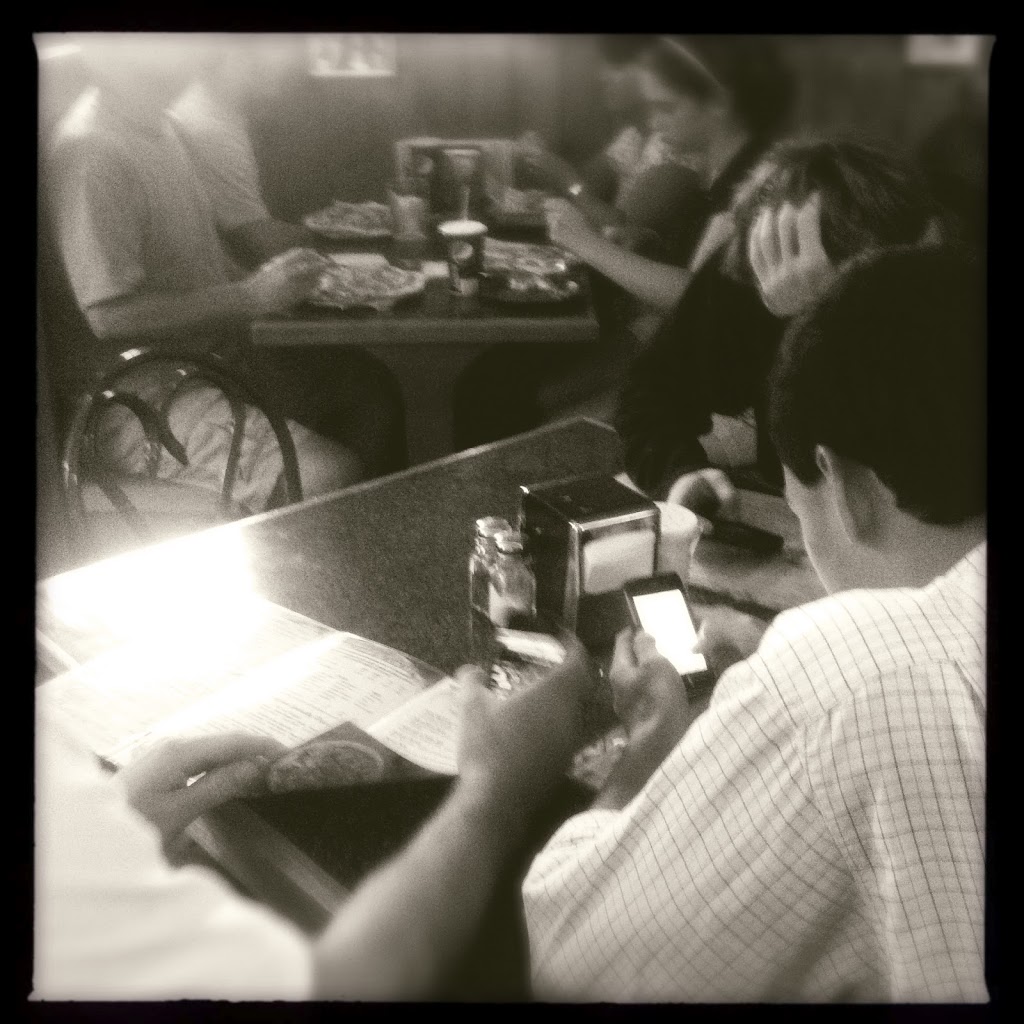 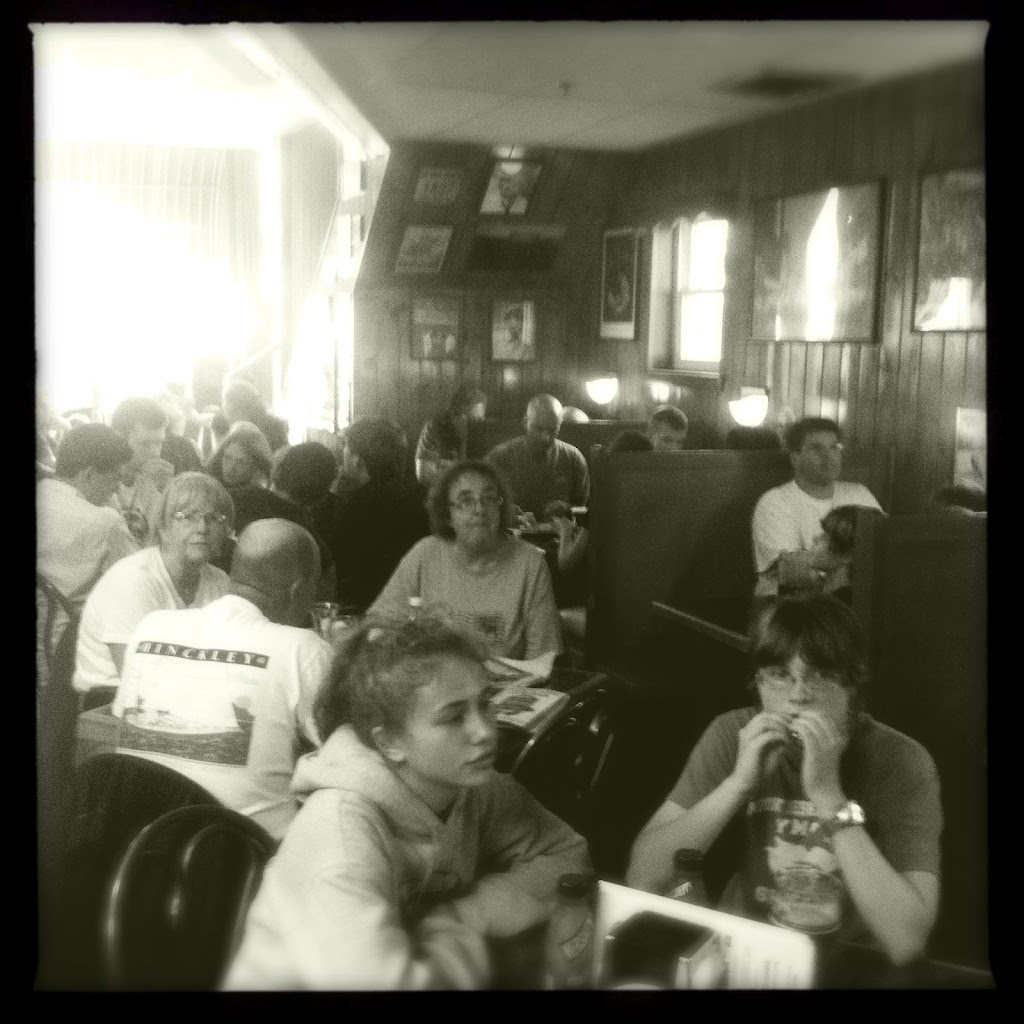 Someone always busts me!

So if it gives the opportunity for someone to want to make a picture when they otherwise wouldn't have- then we should be all for it- and let's see what you got! 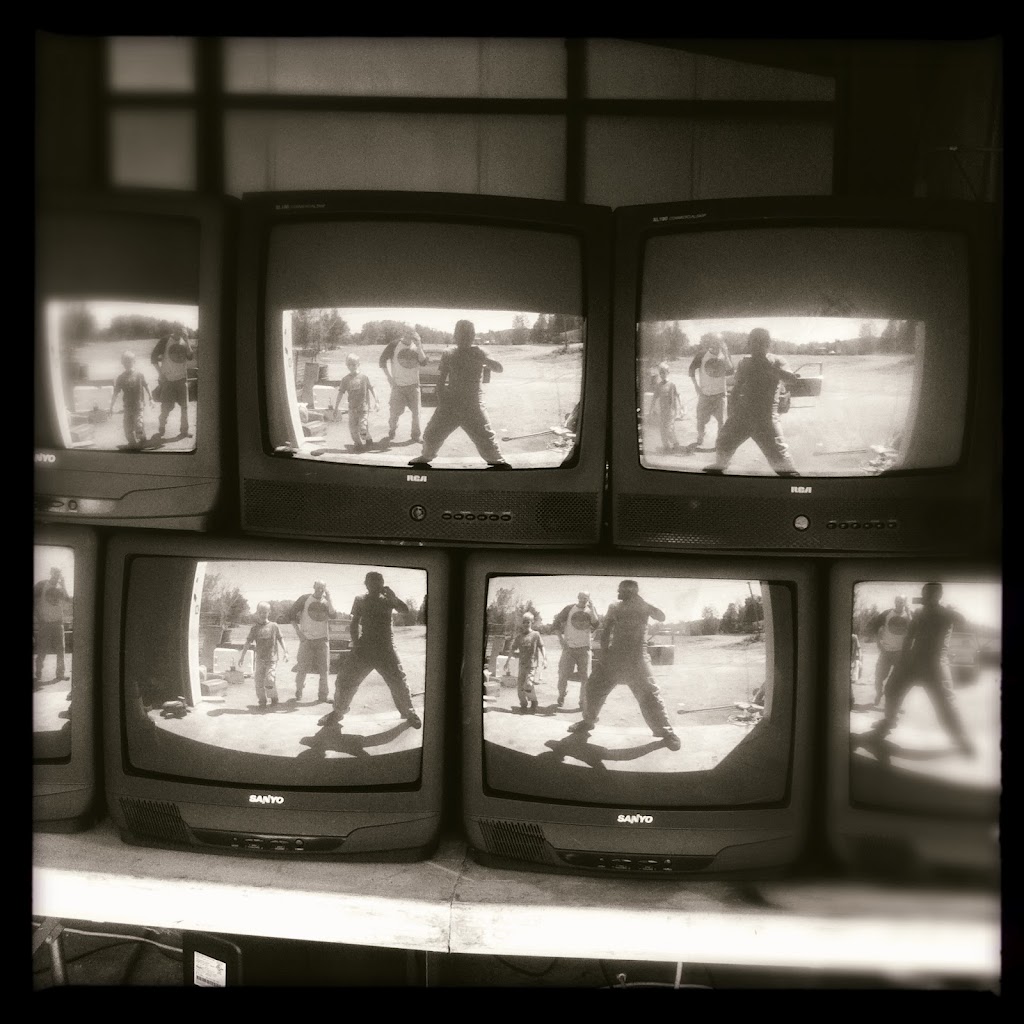 My buddy Mike and his wicked cool kid Connor and me in front of a stack of Tv's.

Now back to your regularly scheduled programming and have a nice day -Nate from Maine, Usa.  Oh, and check out my buddy's amazing work here: http://www.olivierdutre.com/

快速借貸(non-registered)
Super-Duper site! I am Loving it!! Will come back again, Im taking your feed also, Thanks.
안전놀이터(non-registered)
This blog website is pretty cool! How was it made !
wm(non-registered)
I cannot wait to dig deep and kickoff utilizing resources that I received from you. Your exuberance is refreshing.
먹튀검증(non-registered)
I know your expertise on this. I must say we should have an online discussion on this. Writing only comments will close the discussion straight away! And will restrict the benefits from this information.
Steve(non-registered)
Great photos here. Both apps are my top favourites! I'm a Instagram addict too ;). Thanks for sharing!
No comments posted.
Loading...
Subscribe
RSS
Recent Posts
Update Summer 2015 iPhone beat me at my own game- Dream Job: Photographing a Lexus ad in the deep of winter in Maine Update: got married, shooting flash, and snow on the ground. The 26 hour day- Triptychs and diptychs oh my! On maintaining creative momentum, or How I learned to stop worrying and love the process Revisiting old processes reaching for new results. Cape Cod before's and after's's's's... On Breaking the Rules= Don't Always Show Your Best Work?
Keywords
maine acadia national park photography have a nice day nate parker photography black and white acadia national park acadia bar harbor maine photography canon
Archive
January February March April May June July August September October November December
© Nate Parker Photography
Powered by ZENFOLIO User Agreement
Cancel
Continue