I opened the 'fridge and found the blog mouldering under some old lettuce so in an effort to keep the Google web crawler fed and to prove to the rest that I'm still alive, here's some content. The old before and after trick!

"The Cape", which is home to my Ma and Dad and where I went to High School- is always good material for landscapes (Cape Cod Massachusetts). Long sweeping sanding beaches, gorgeous dunes, extensive empty parking lots (in January when it's 20 degrees f and blowing 30 knots at least), and waves and old cottages and a distinctively different offering than my rocky coast home of Maine. That's the great bit about going back home with a new journey to explore- seeing the place in a different way for the first time, the only problem is that the arm of the peninsula that is the Cape is only so big that now after photographically exploring it for the last 10 years whenever I go to visit the folks, I'm starting to feel like I've been there and done that. But it's still fun to go try again. Another thing I try and do is to stop in Boston on the way through and park the car somewhere reasonable like at a meter or find some Sunday free parking and grab some awesomely awesome pizza in the Italian North End neighborhood- seriously I used to walk for a half an hour when I lived a few miles away going to college to grab some slices at those excellent and delicious little pizzerias- this time it was Ernesto's on Salem Street- and oh it was so good! Before the before and after Cape Cod shots here's some Boston's North End on a snow day: 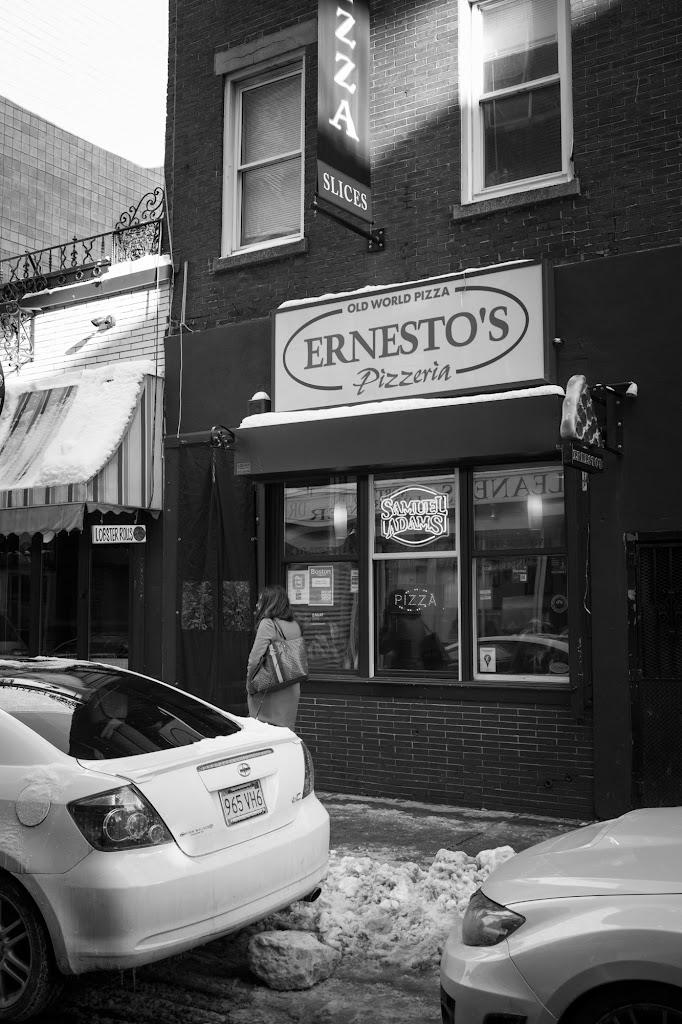 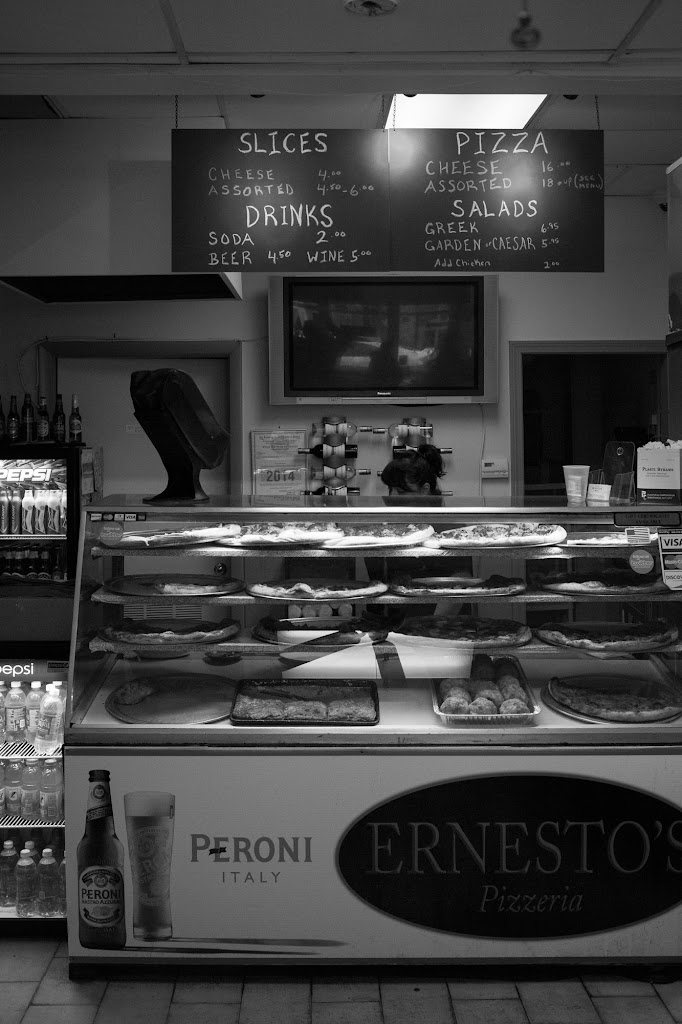 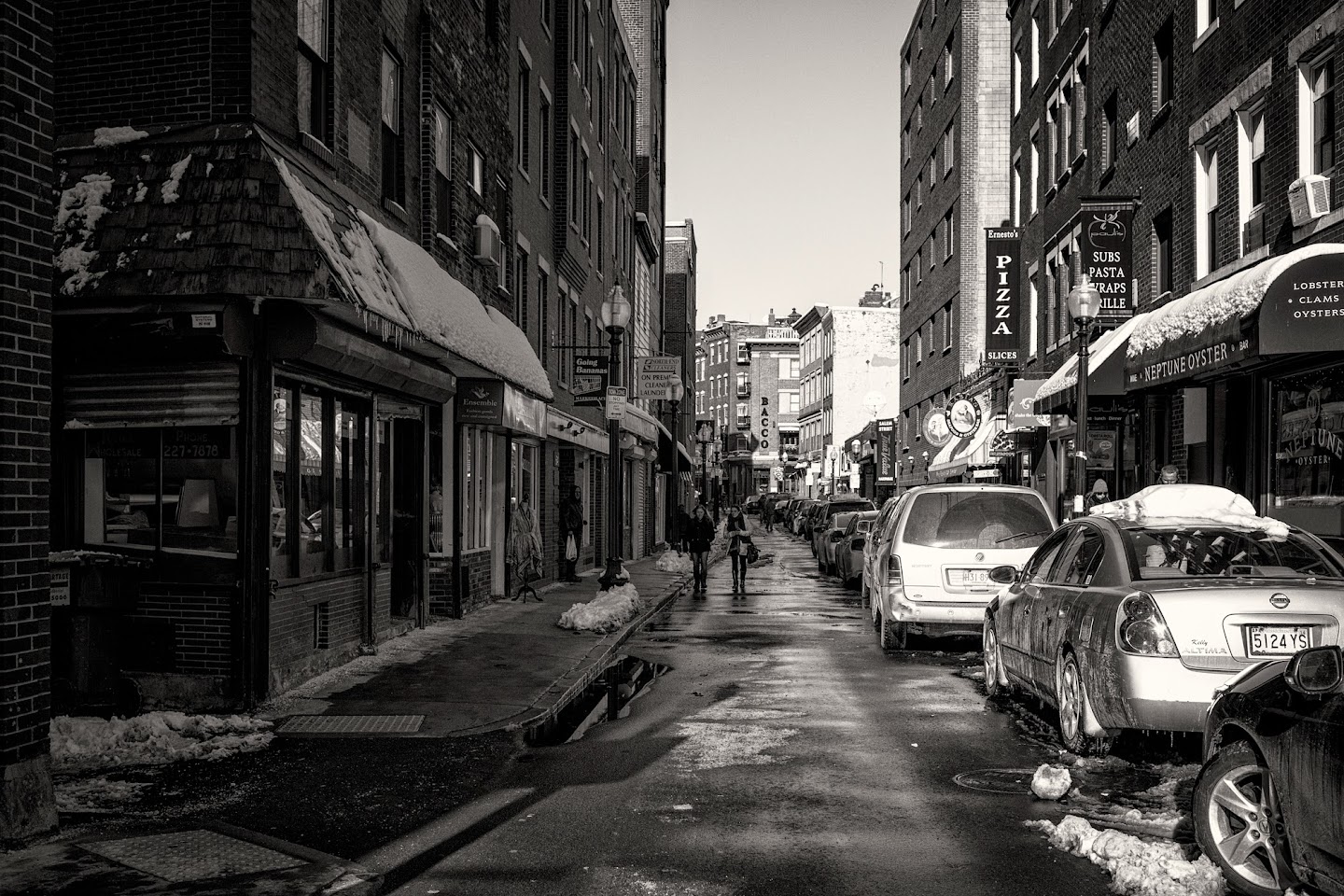 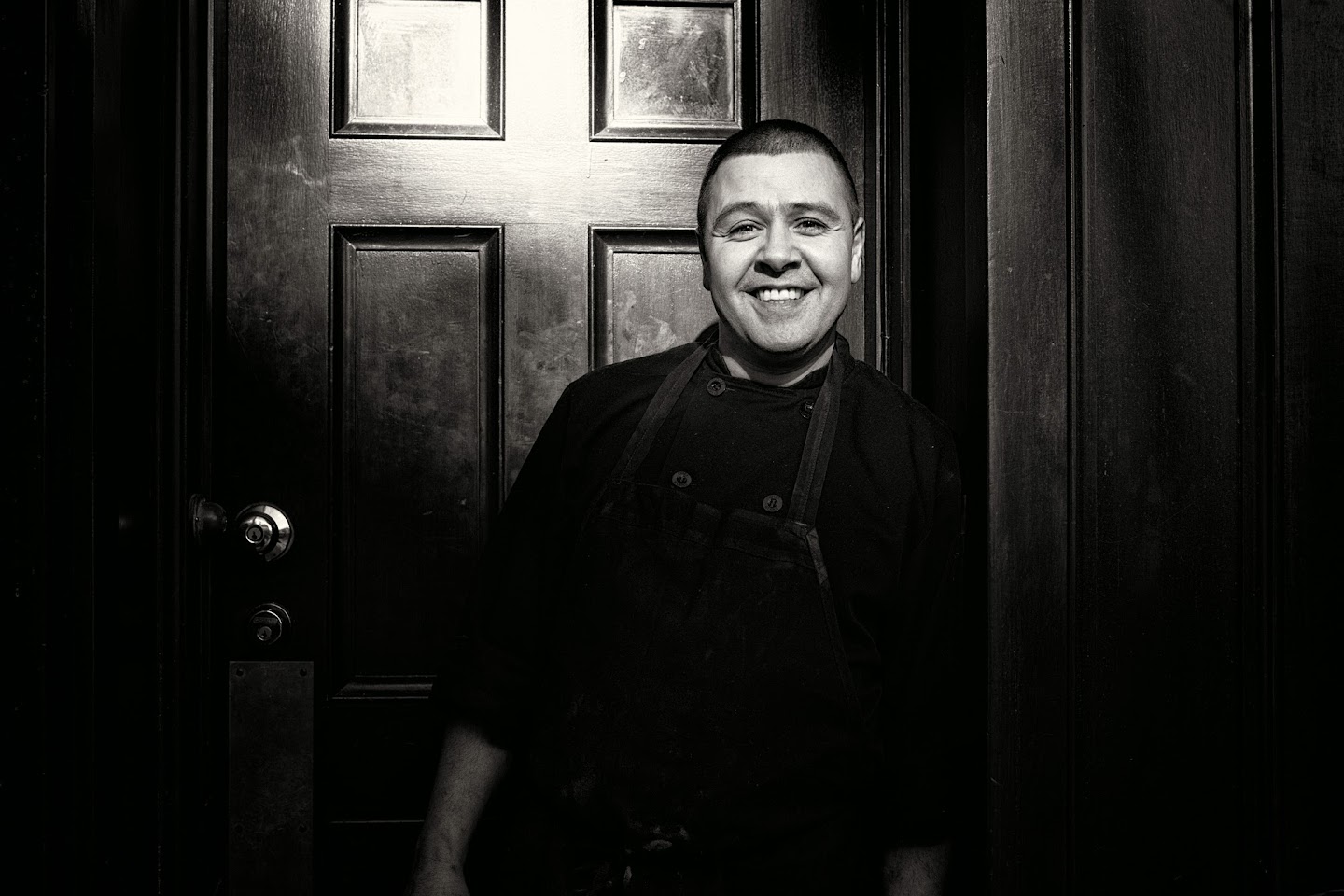 Waiter on a smoke break. 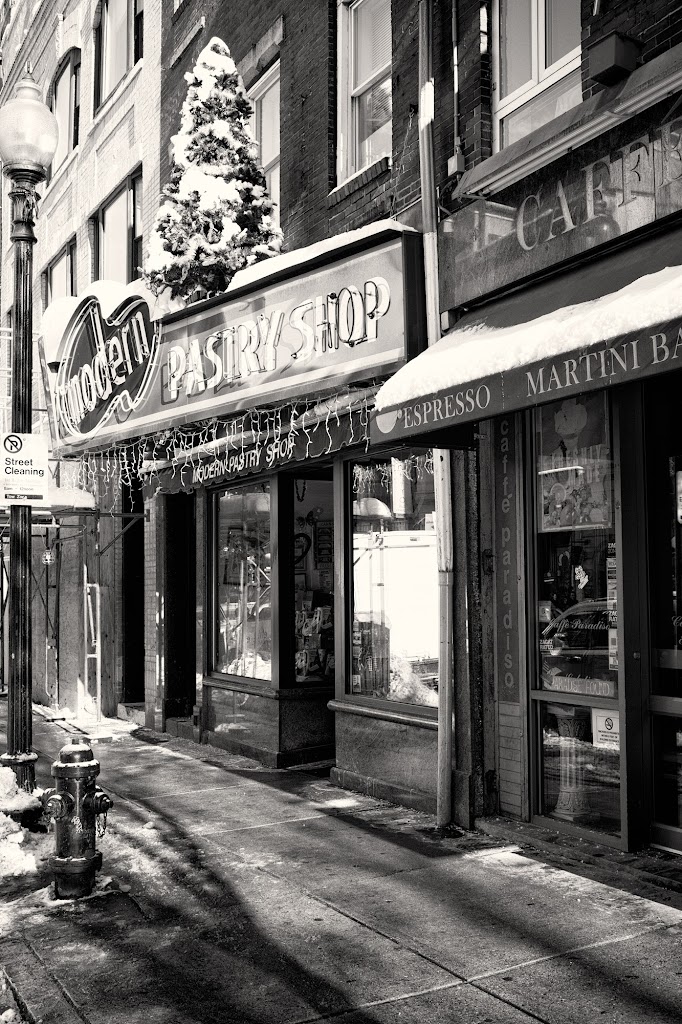 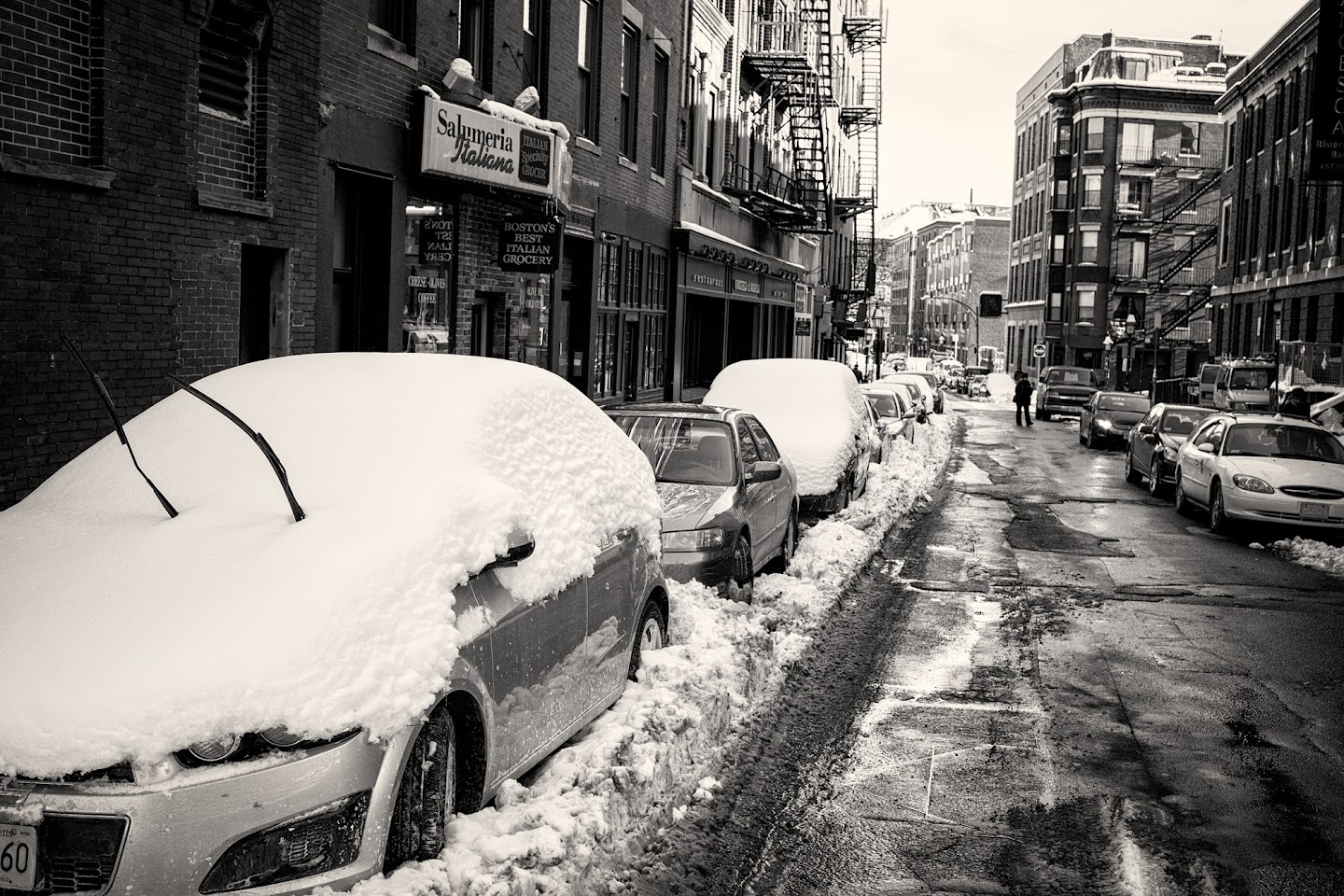 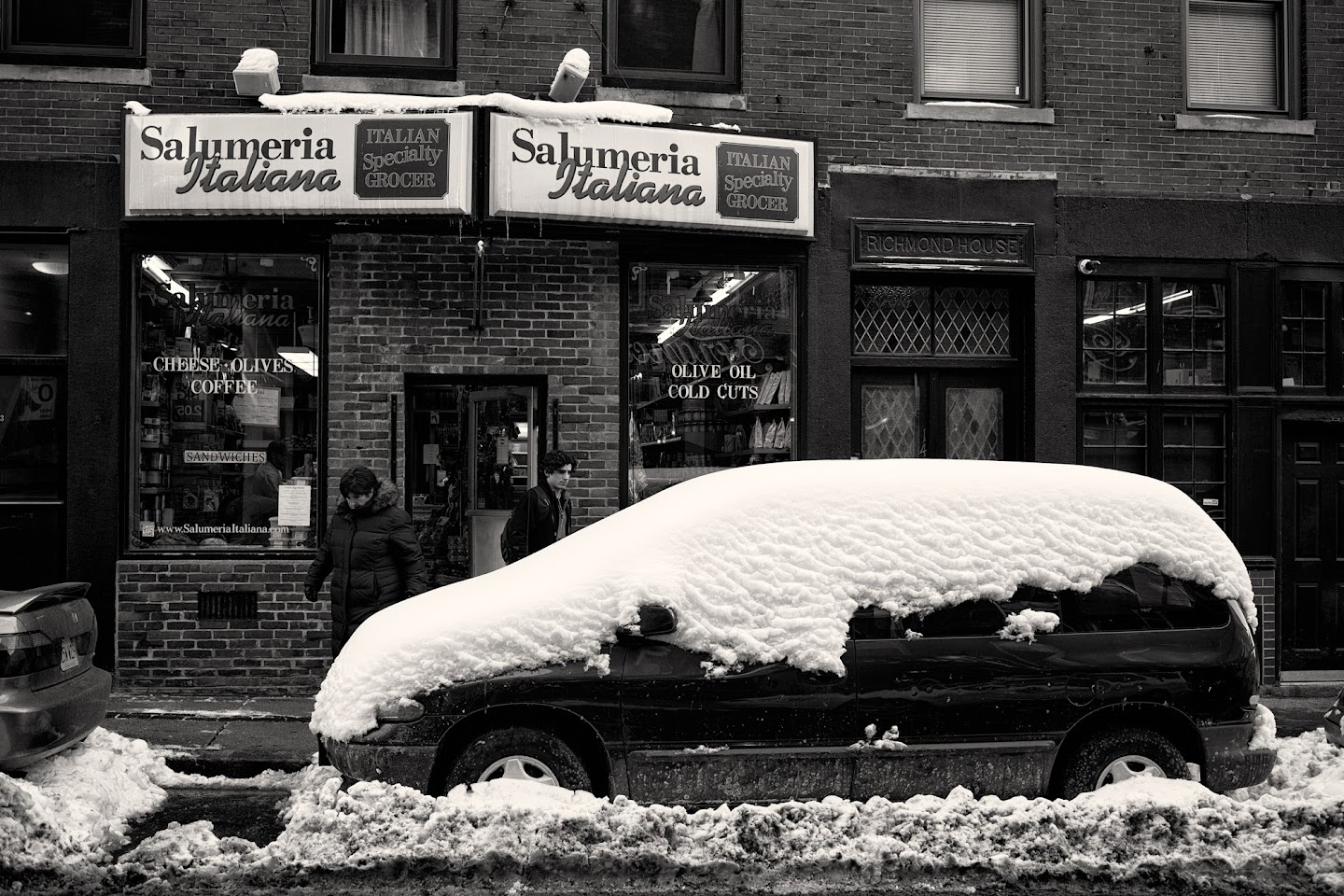 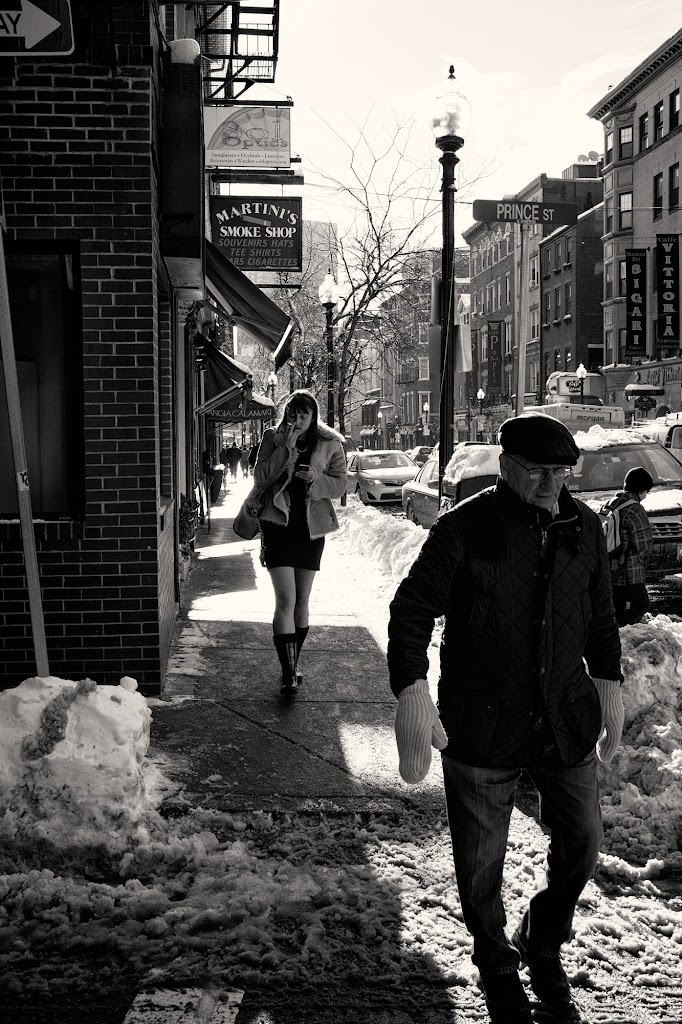 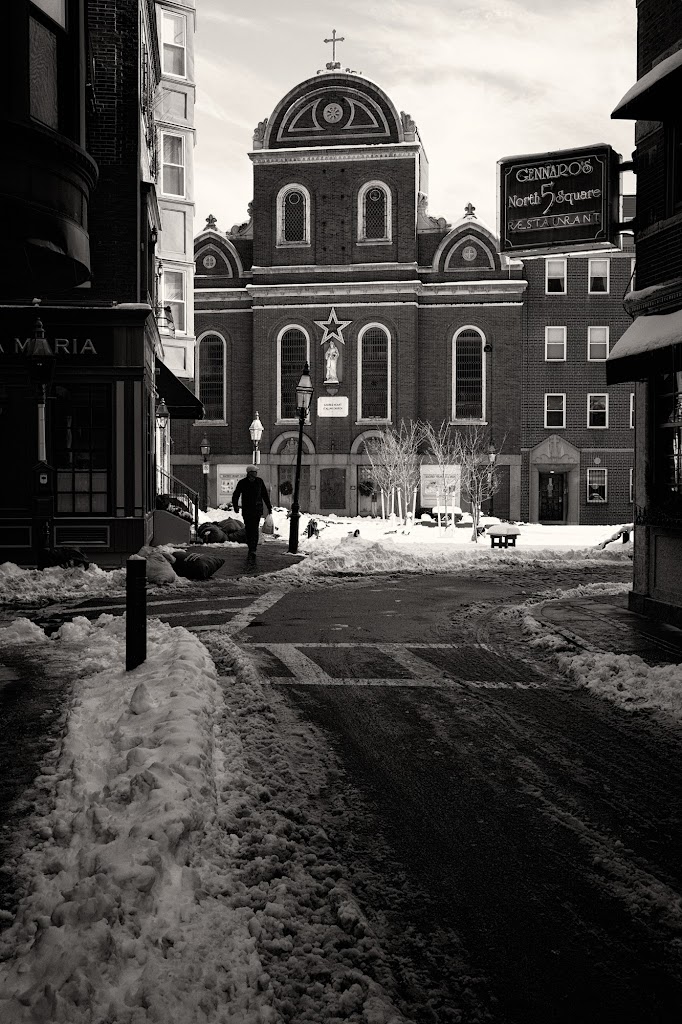 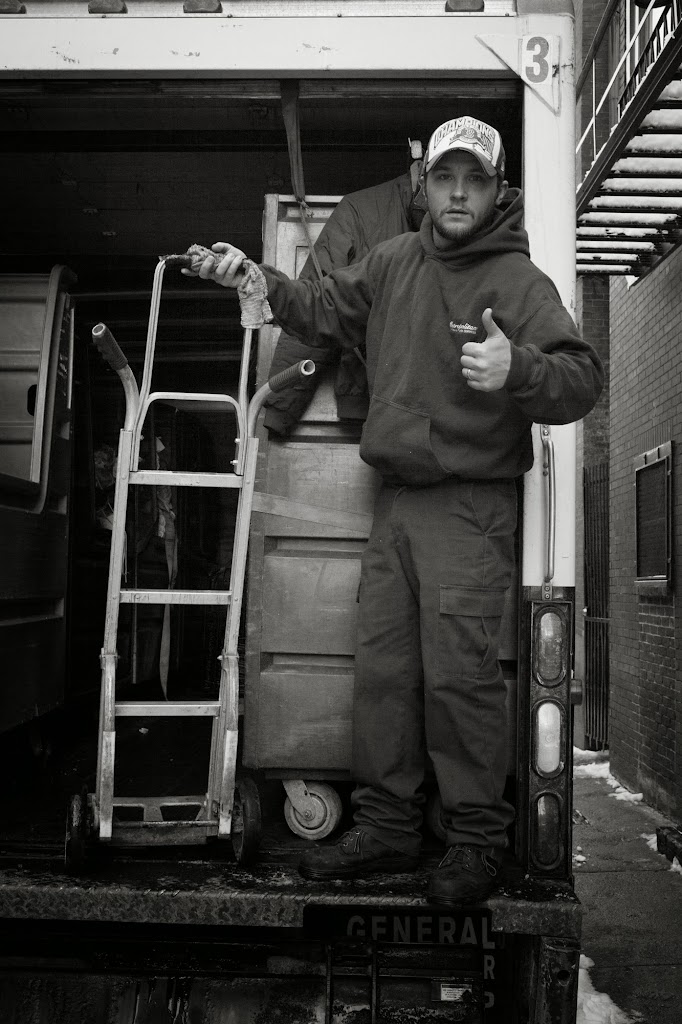 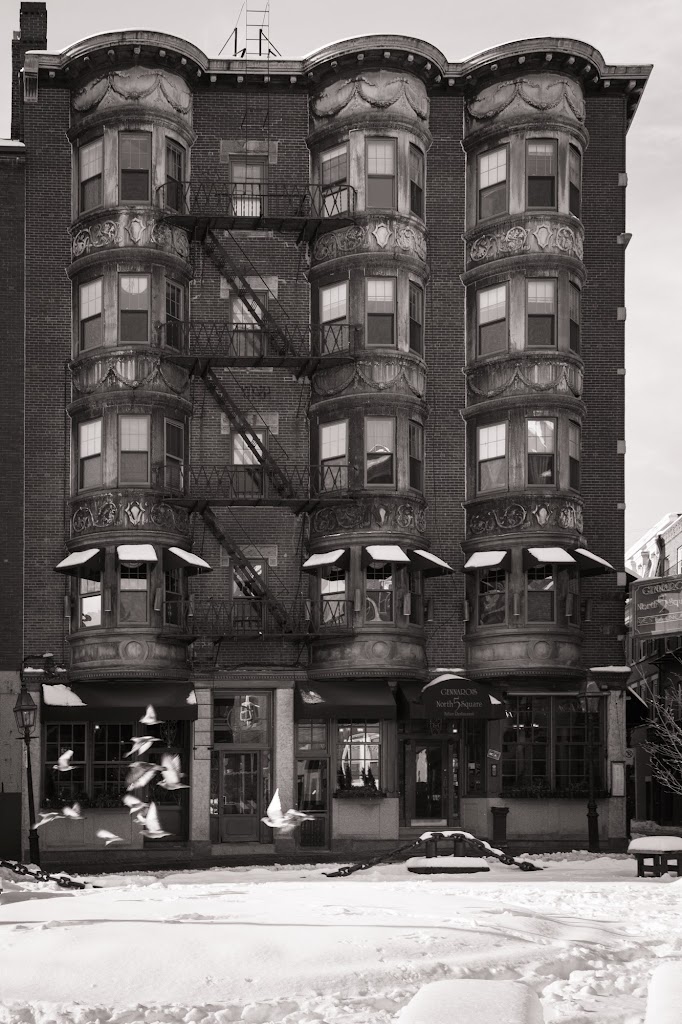 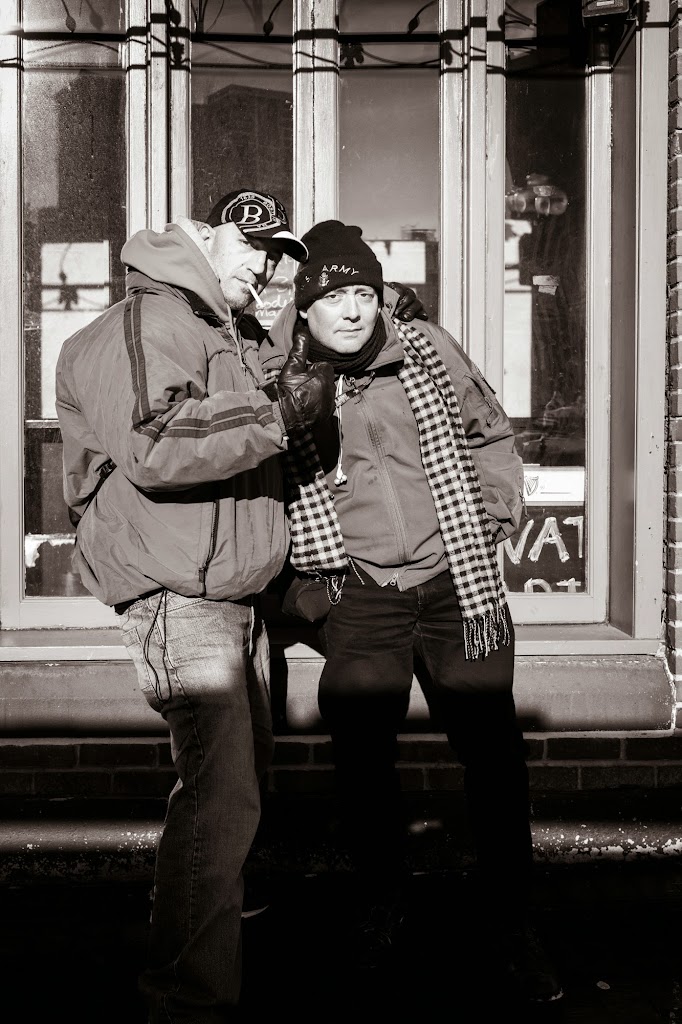 Joey Cecco and his "boy" 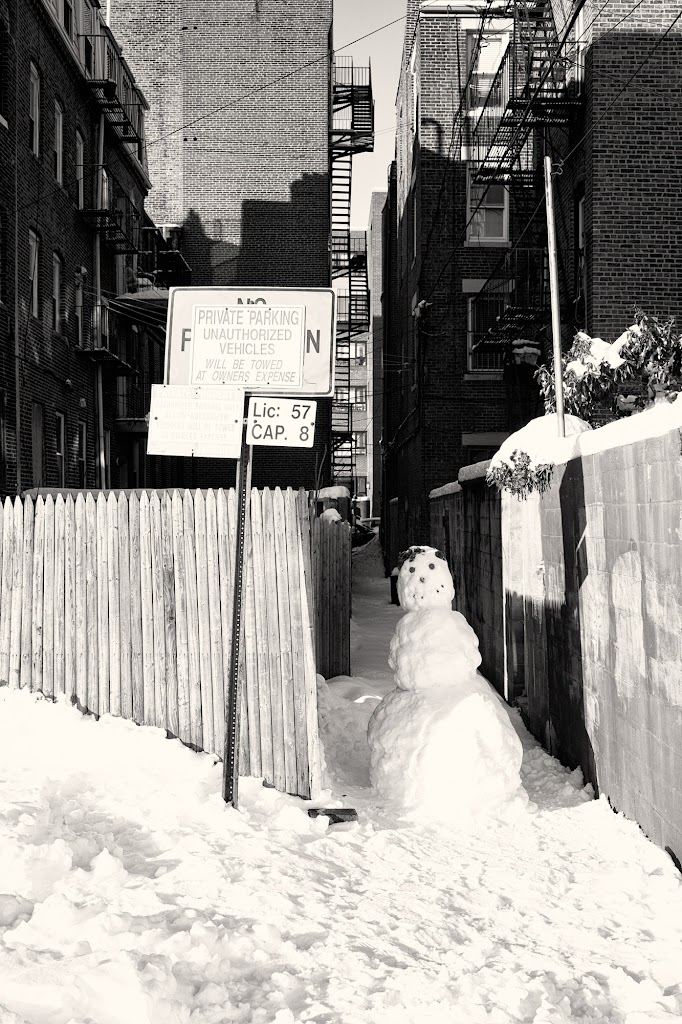 And then I was off to the Cape- and here are the before and after images. For some I made some significant changes, for others just a quick buffing up and a trip over to Nik Silver Efex Pro 2, all of these following images except the first pair went to SEP2, the first pair was a more simple set up that I finished in Lightroom. My approach was trying to show and feel the harsh open winter cold beaches down there, I was hoping for some interesting skies with a more even light but faced a hard clear sky with full sun and strong cold winds for two out of the three days. Clear skies are always the bane of my existence when I'm out with the kit, but I had to take the opportunity as it was. If anything, clear skies always show you where the dust is on the sensor at a stopped down aperture and the good news is that I'm fairly clean in that department! 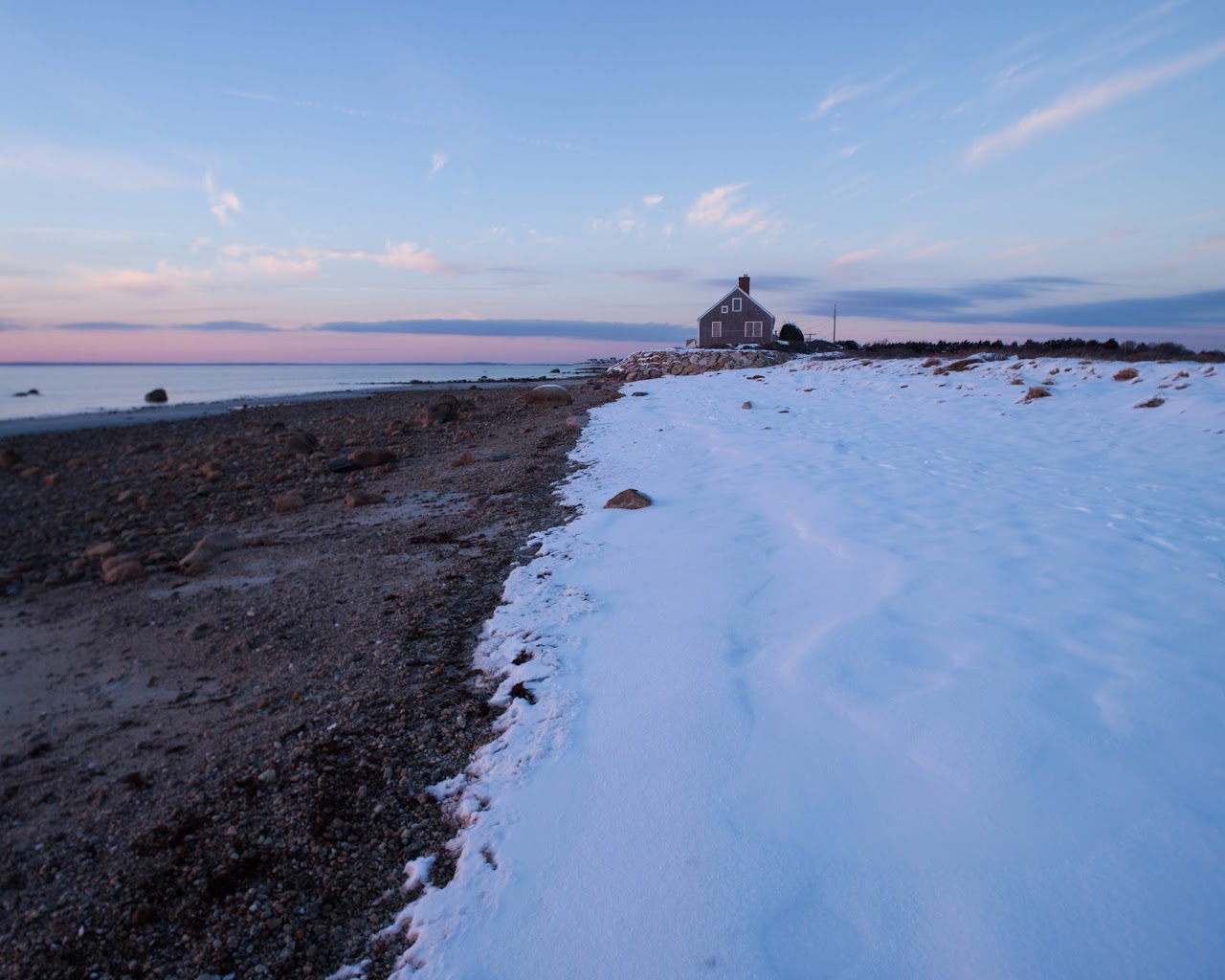 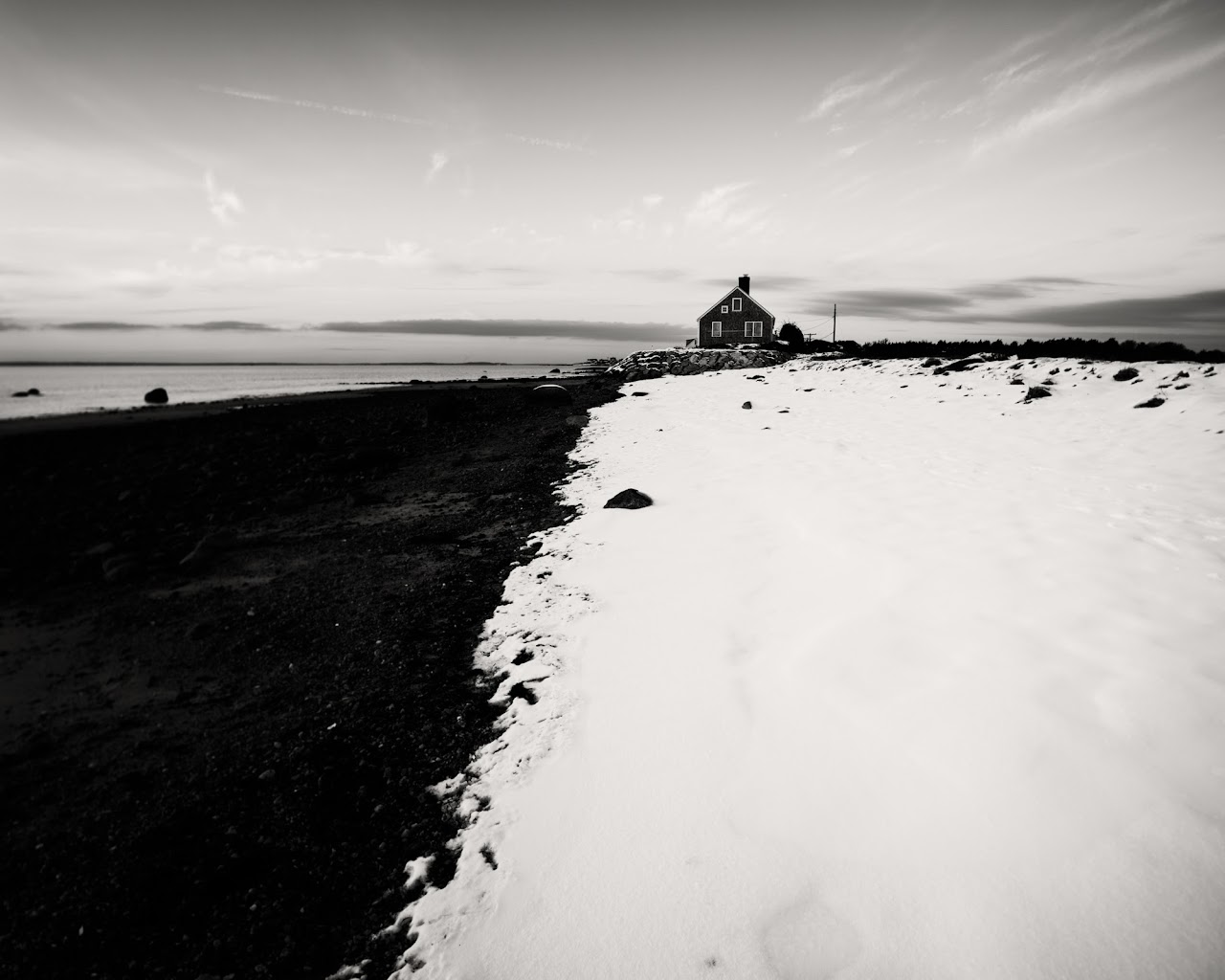 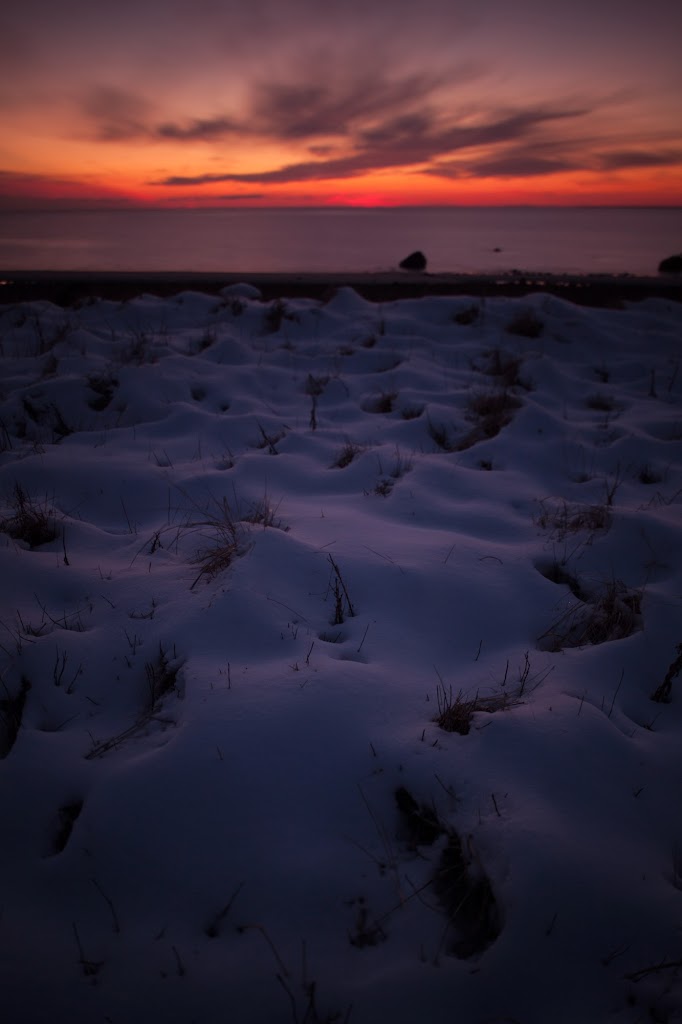 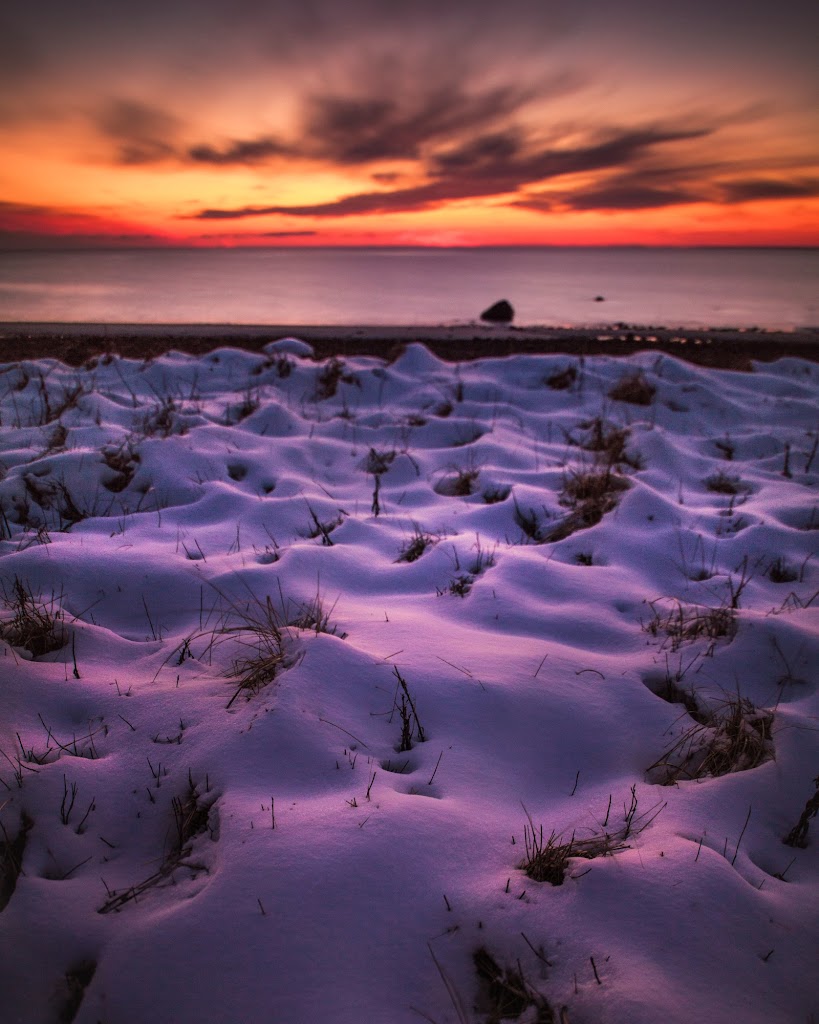 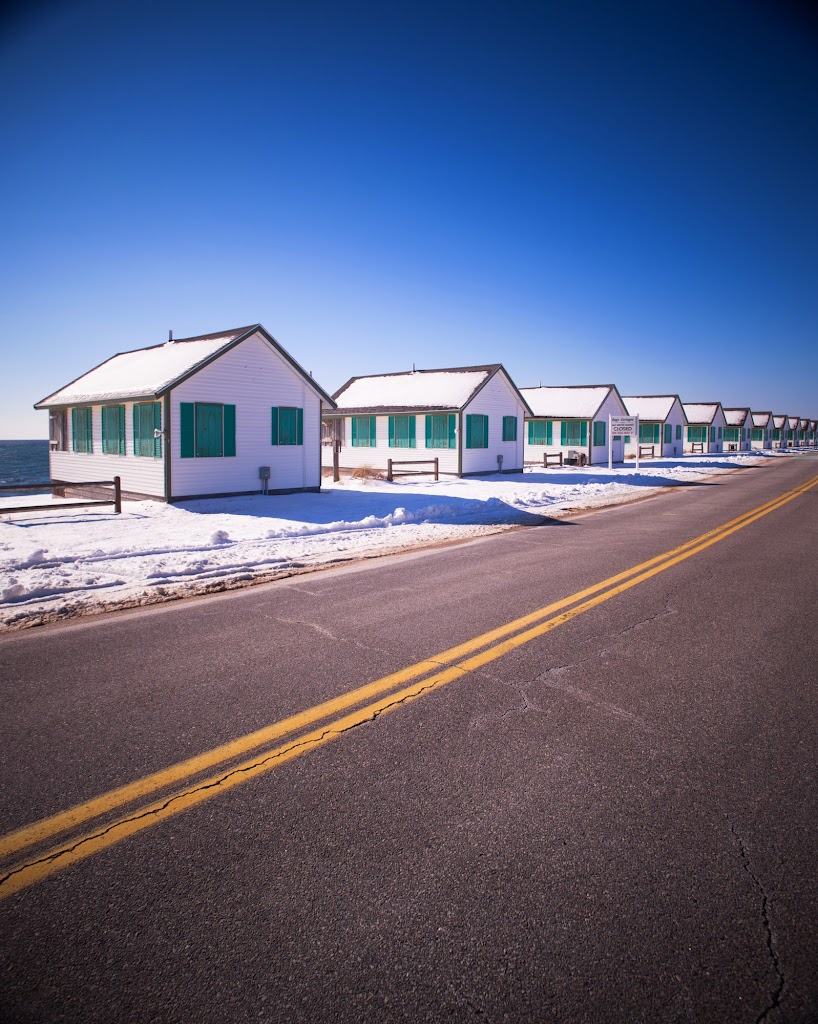 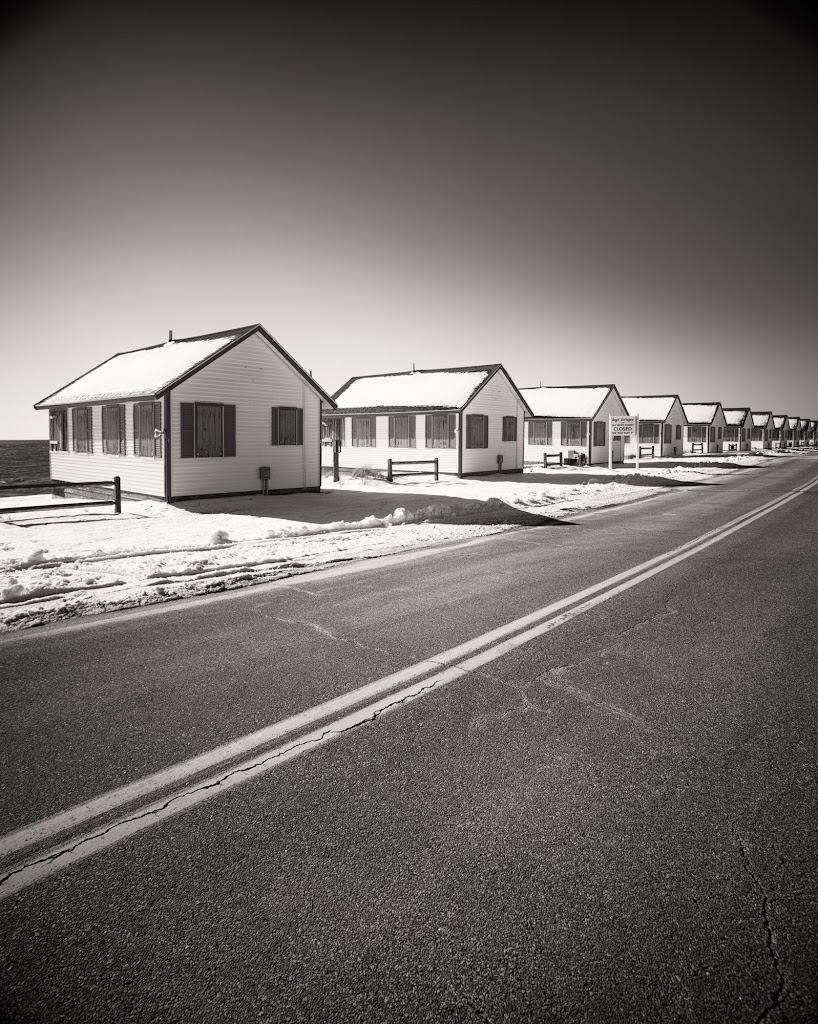 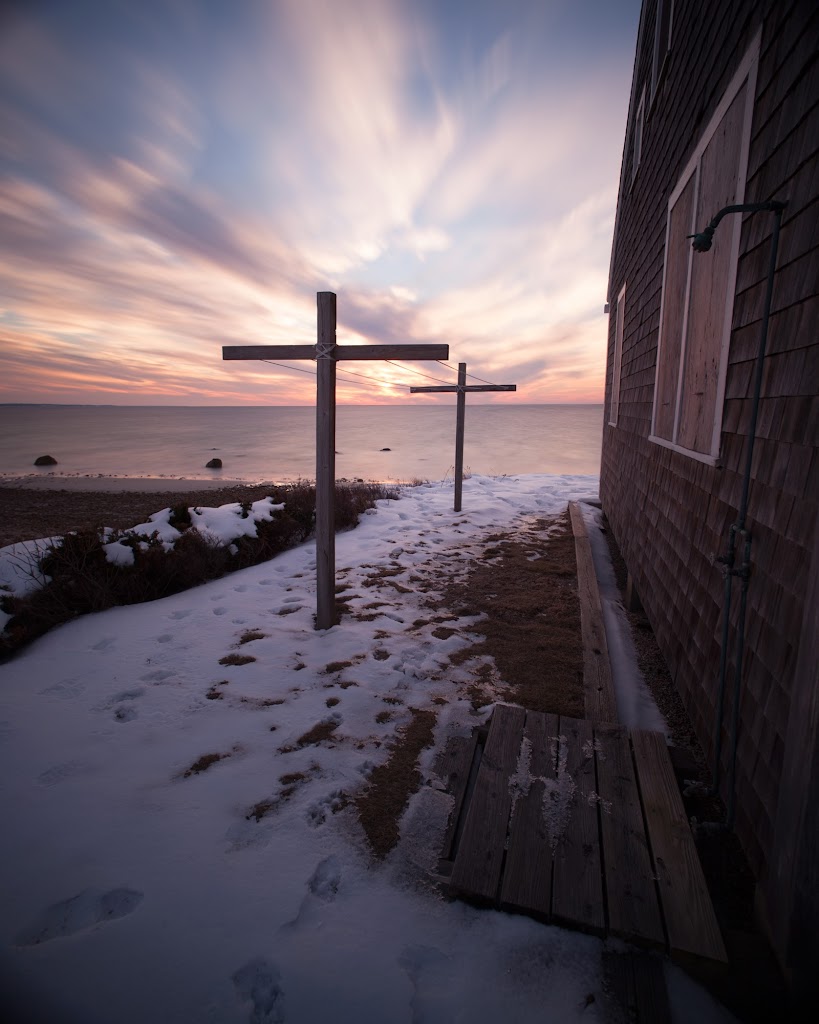 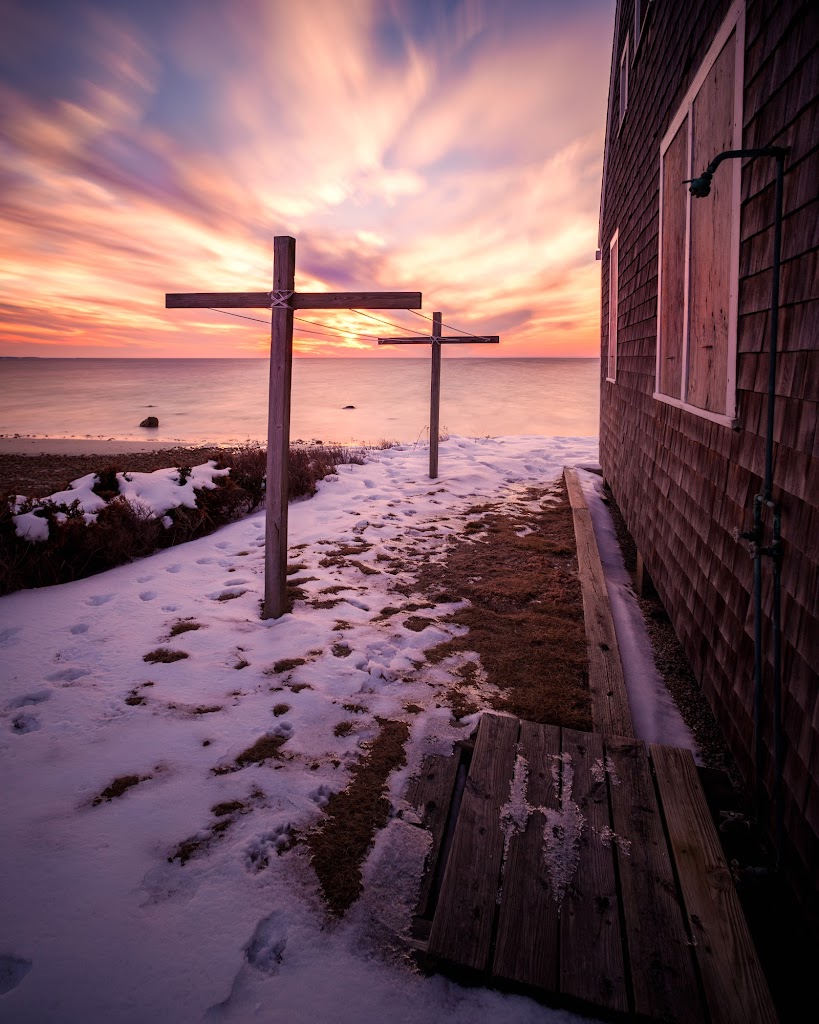 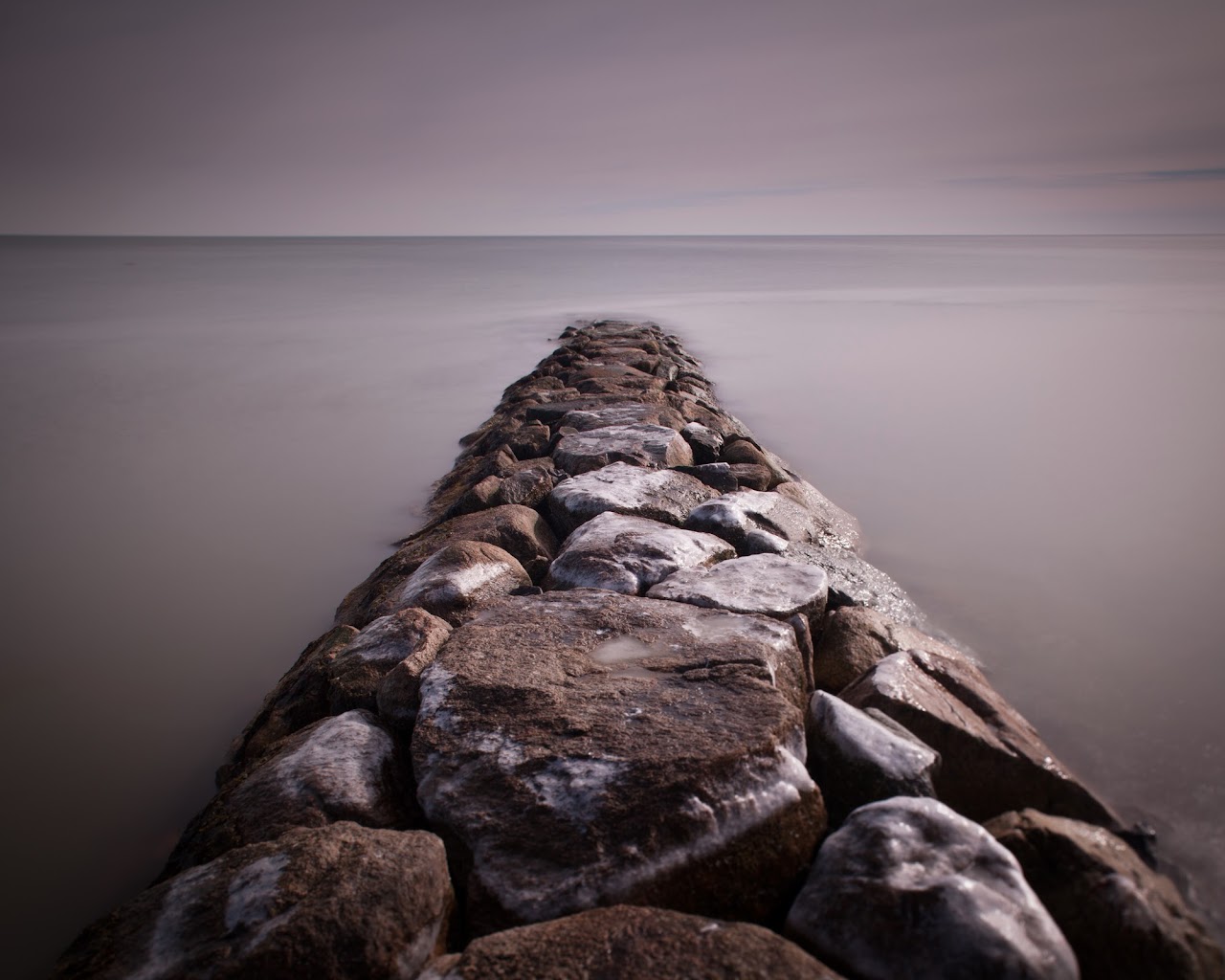 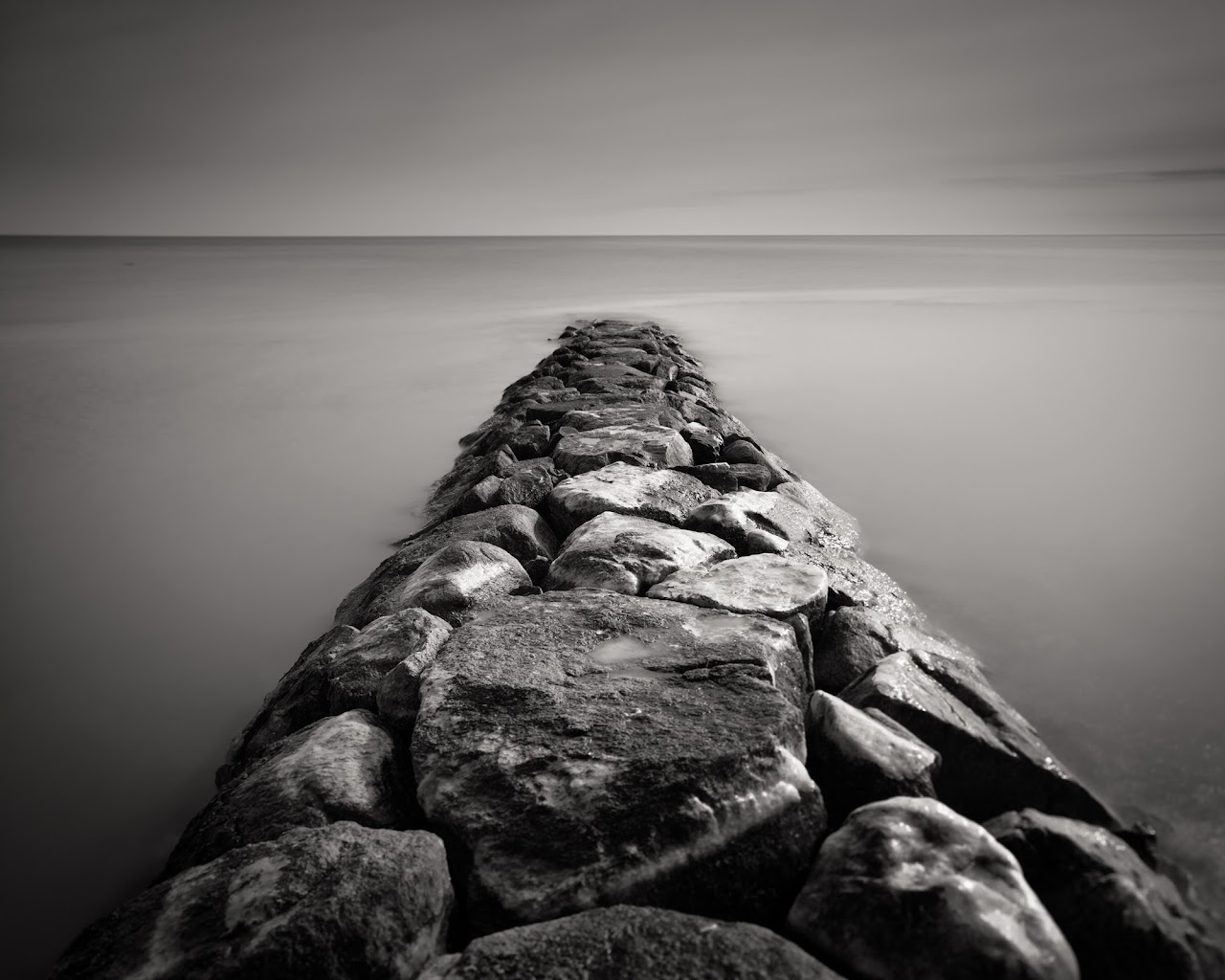 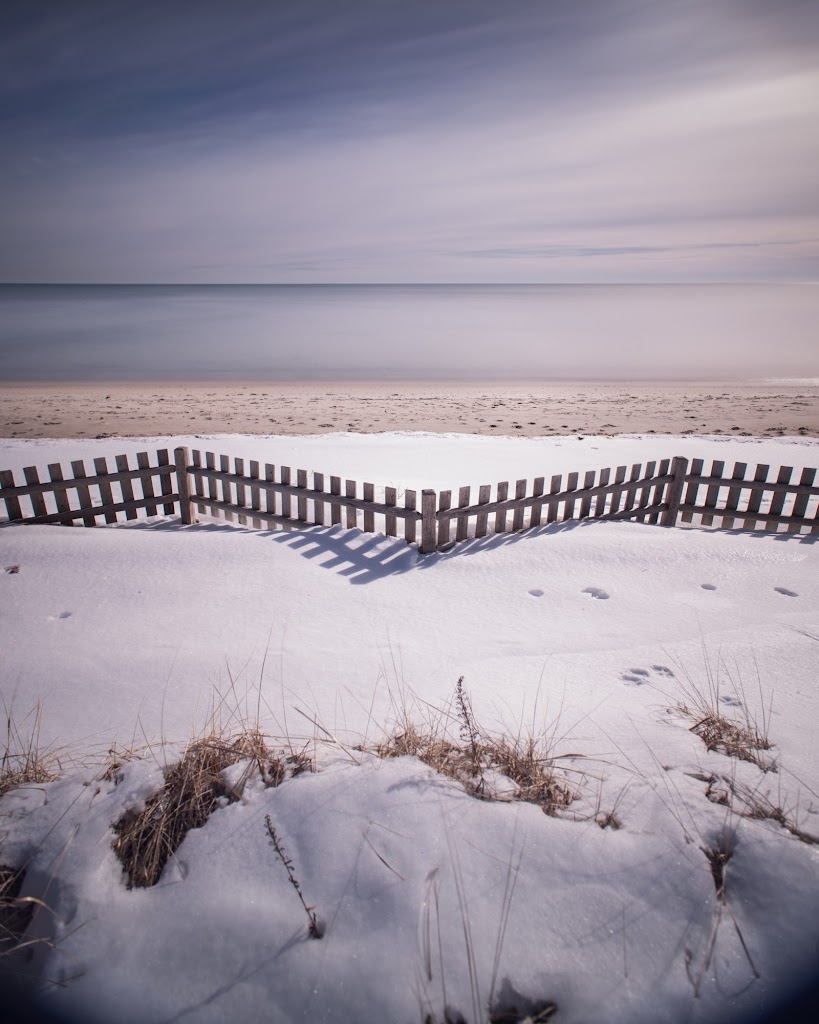 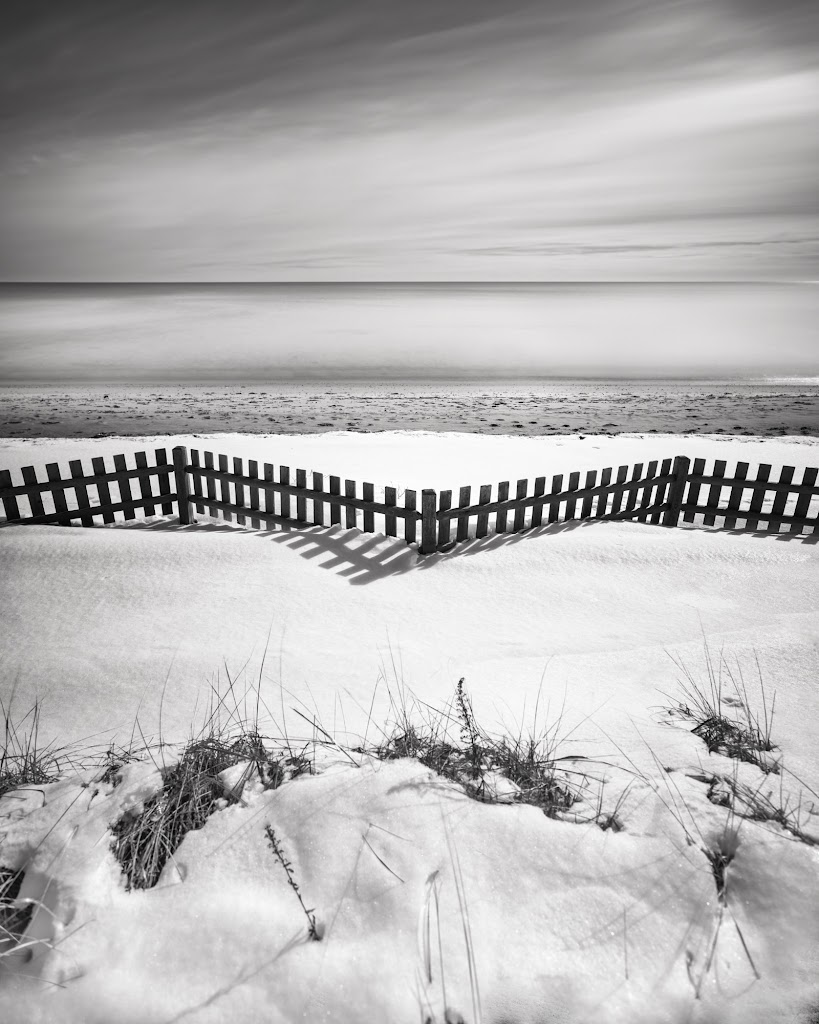 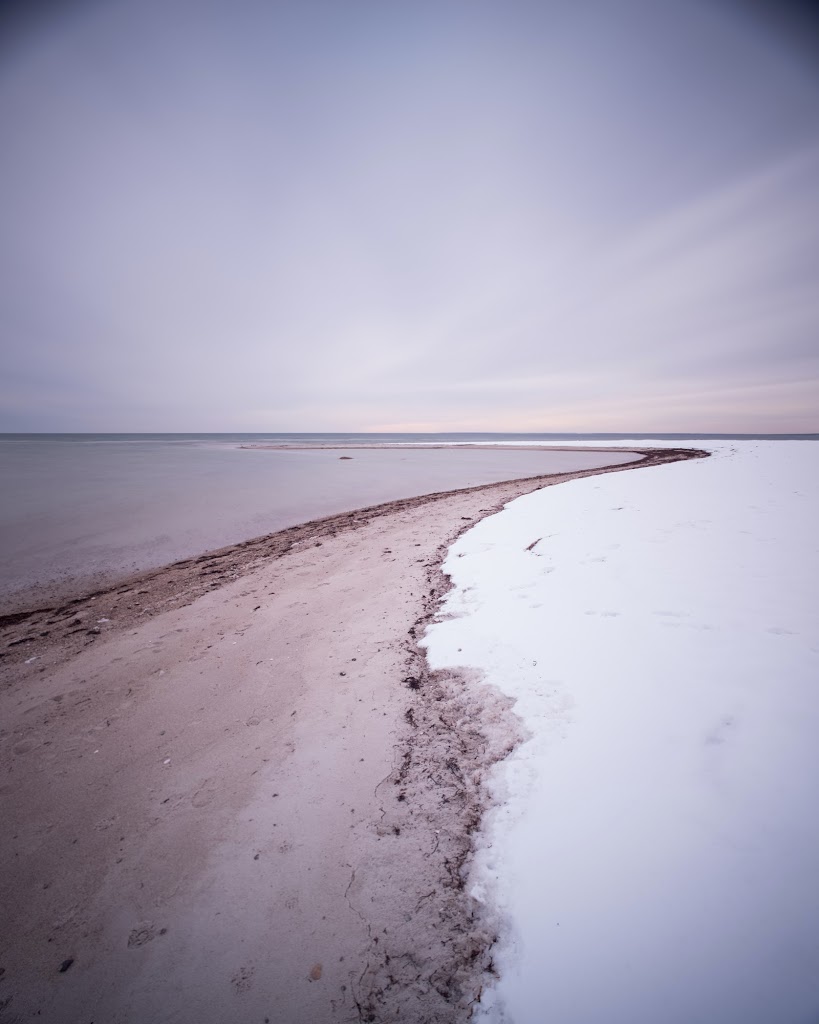 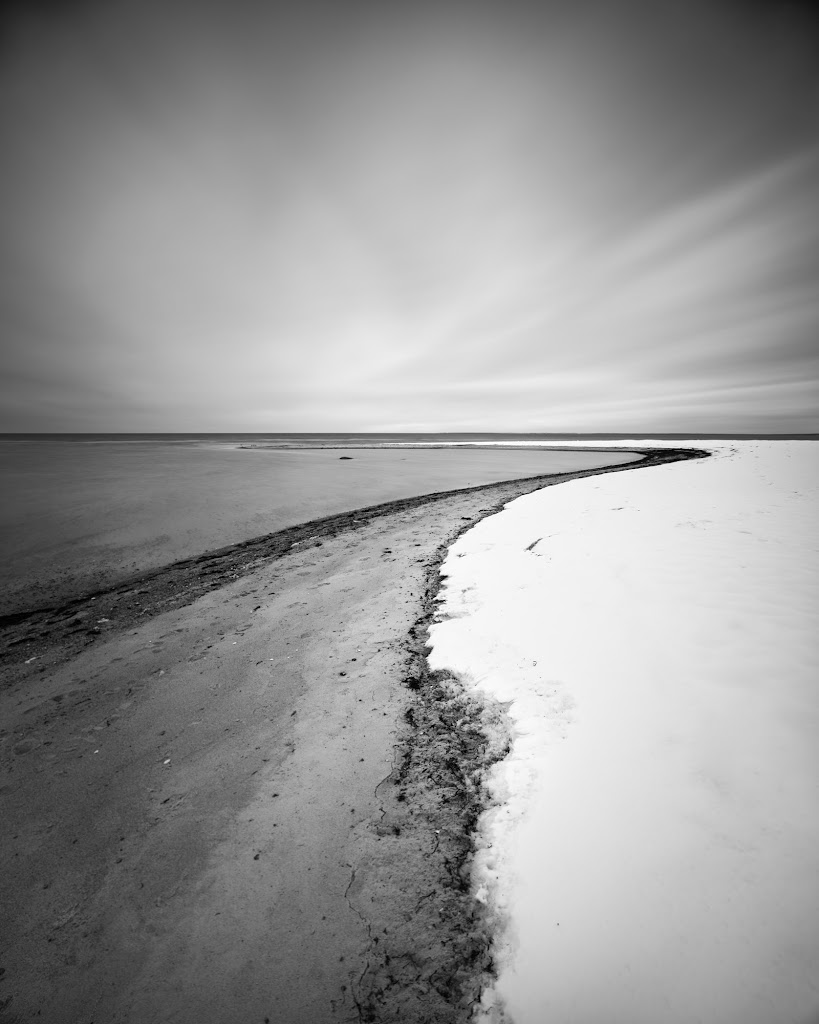 A curve that reminded me of the shape of Cape Cod- 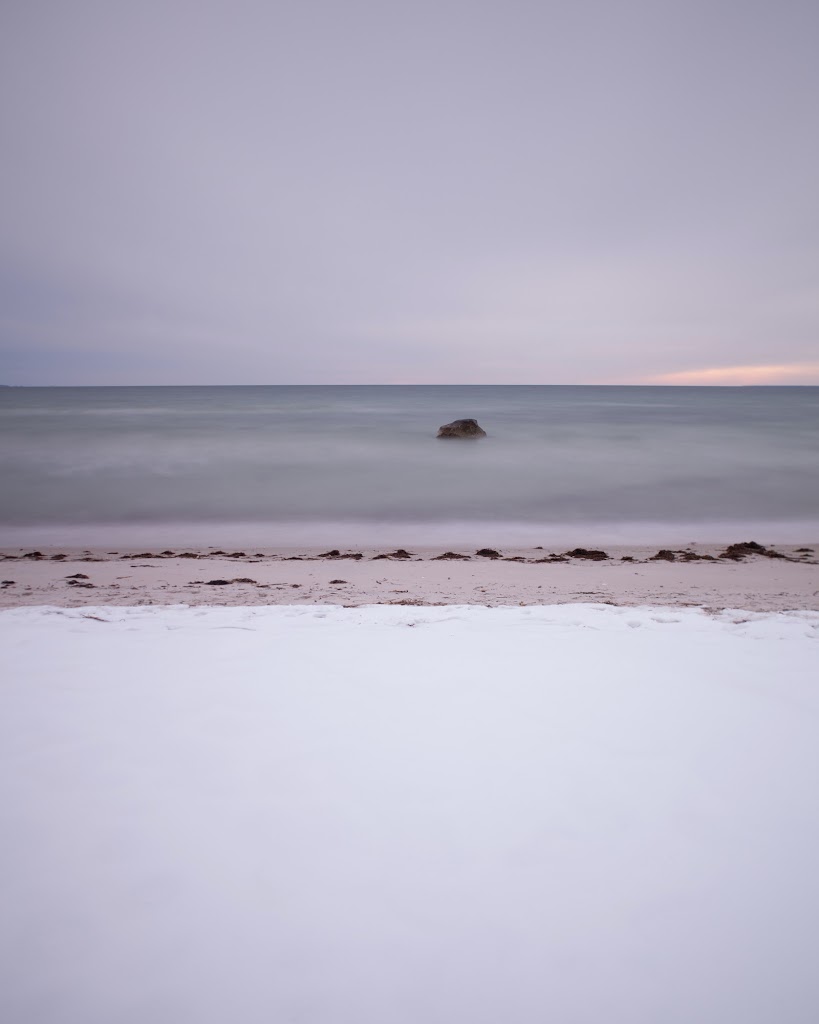 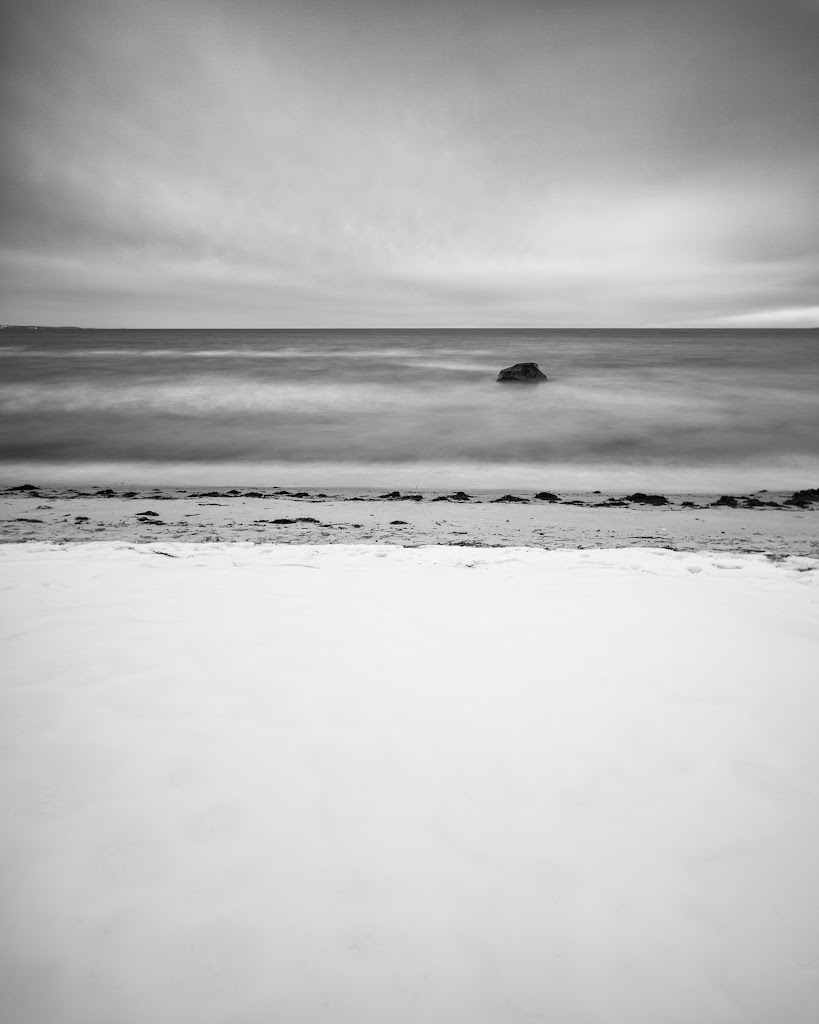 And there you have it. My basic workflow is normalizing the RAW file in Lightroom by setting white balance, white points and black points, contrast adjustments, a touch of clarity depending on the subject, and then going right away to the Nik Silver Efex Pro black and white converter. This is old news but the black and white converters (whichever one you happen to choose) do a great job of controlling the darks and lights but while maintaining and generating a glowing dimensional luminance- if you do it right. After the conversion ships back to Lightroom I'll make some further adjustments if necessary to anything that seems to be needing- then I'll round trip to Photoshop CC for further dodging and burning and a touch of sharpening using either the Smart Sharpen filter on a Smart Sharpen Layer or the Unsharp Filter. Lastly I'll check the toning as for the most part I like a warmer feel than a cold print and then it's done and it's on to the next.

Kind of waiting for the winter to break before considering more landscapes around here as nothing is really screaming at me to 'go make that photo'- so I'm thinking of using the still life studio some more. We'll see.

Until then, thanks for stopping by and have a good one! -Nate.

red boost reviews(non-registered)
you are making so many amazing factors right here that I study your article multiple times. Your perspectives are according with my own for the most component. this is first-rate content material to your readers.
alex123kun(non-registered)
The bonus Toto site is operated based on the community, and 10,000 and 30,000 points are paid immediately so that you can enjoy it.<a href="http://ggongmoney2030.com">꽁머니 토토</a>
glucotrust(non-registered)
A very awesome blog post. We are really grateful for your blog post. You will find a lot of approaches after visiting your post.
HR Outsourcing Company(non-registered)
Enjoyed reading the article above , really explains everything in detail, the article is very interesting and effective. Thank you and good luck in the upcoming articles
https://www.mayader.ae/
nomad security camera(non-registered)
I was reading some of your content on this website and I conceive this internet site is really informative ! Keep on putting up.
No comments posted.
Loading...
Subscribe
RSS
Recent Posts
Update Summer 2015 iPhone beat me at my own game- Dream Job: Photographing a Lexus ad in the deep of winter in Maine Update: got married, shooting flash, and snow on the ground. The 26 hour day- Triptychs and diptychs oh my! On maintaining creative momentum, or How I learned to stop worrying and love the process Revisiting old processes reaching for new results. Cape Cod before's and after's's's's... On Breaking the Rules= Don't Always Show Your Best Work?
Keywords
maine acadia national park photography have a nice day nate parker photography black and white acadia national park acadia bar harbor maine photography canon
Archive
January February March April May June July August September October November December
© Nate Parker Photography
Powered by ZENFOLIO User Agreement
Cancel
Continue