Why I love landscape photography Reason #2 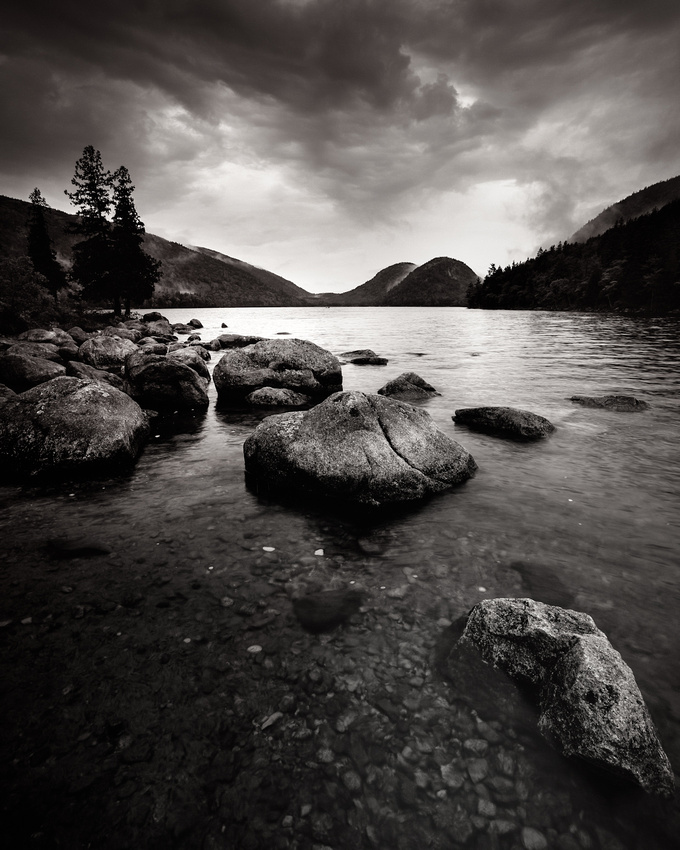 The best thing about making landscapes, besides playing with all the cool gear, is being out in the world in beautiful places at the most beautiful times of day- which is the morning, and when you get lucky, or is usually the case with me: you get the place to yourself. On this morning the dogs woke me up at 2:30 with a thunderstorm going overhead, and I had seen that the weather forecast the night before had indicated that there would be some cool clouds happening at dawn, so I decided to wake up then instead of 03:00 which my alarm was set for and use the extra time to drink more coffee. Left the house at 03:40 in the near dark which was about an half an hour before civil twilight and the first birds were just waking up. The drive to Jordan Pond took about 30 minutes through some fog banks that were so thick and dense that you couldn't see more then 2 car lengths ahead- so I figured that the atmosphere would be interesting at least lakeside. While I was walking down the shore to pick a foreground composition the fog was making cool effects like laying through the valley and just covering the tips of "The Bubbles" which is what those two low peaks are in the middle of the picture, I stopped in a couple of spots and made photographs of the fog playing in the tree line with my 100mm, knowing that I'd have lots of time to make pictures this morning as the Sun would never really shine into here through all this fog and clouds, and finally settled on a foreground to set up and camp out in to take the time to make a set of long exposures- as seen above (the place, not the long exposure). This was about 05:00 on Saturday morning, sunrise was to have happened at @ 04:48 that morning. I stayed here and made different exposures in horizontal and vertical formats with slightly different focal lengths, composing to include or exclude different sets of trees and how the foreground rocks balanced their weight in the scene. While the exposure happens when shooting long exposures using an ND Filter like the B+W 110 which is a ten stop filter that I use, you have lots of time to sit and wait. The exposures that I was waiting for were 6 to 8 minutes long each and while I was waiting sitting on a rock I heard a loon calling its crazy song and watched it swimming around, and watched the fog change over the mountain tops in dozens of different ways in that time. For some lucky reason there were hardly any bugs that morning and there was just enough of a breeze to help keep the rest of them off. The previous evening I was shooting seascapes over on my side of the island and at one point I was standing on an outcropping of rocks shooting along the shore and looking more inland and I heard some noises behind me that sounded like breathing and I thought that it must just be birds flying by with the beating of their wings being the sound I was hearing, and I heard it again louder so I finally turned around and it was a pair of harbor porpoises swimming by not even ten yards away spouting through their blowholes and dipping below the waves- which was awesome! So even though I didn't really get any good shots from that evening just to have had the opportunity to be there to see that was more reward. These are some of the great bonuses you get from being a landscape photographer. Good times, good times indeed. There'll be plenty of time to "sleep-in", but it's almost always worth it to get out there. Go make some pictures, and say I sent ya!

and some other pictures I made that morning: 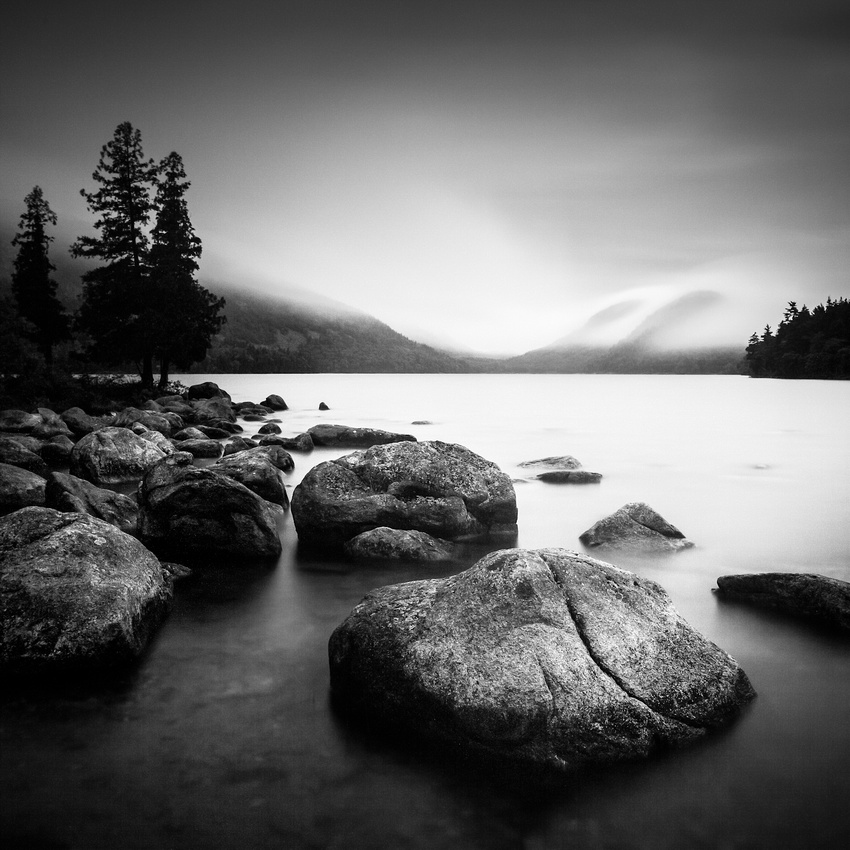 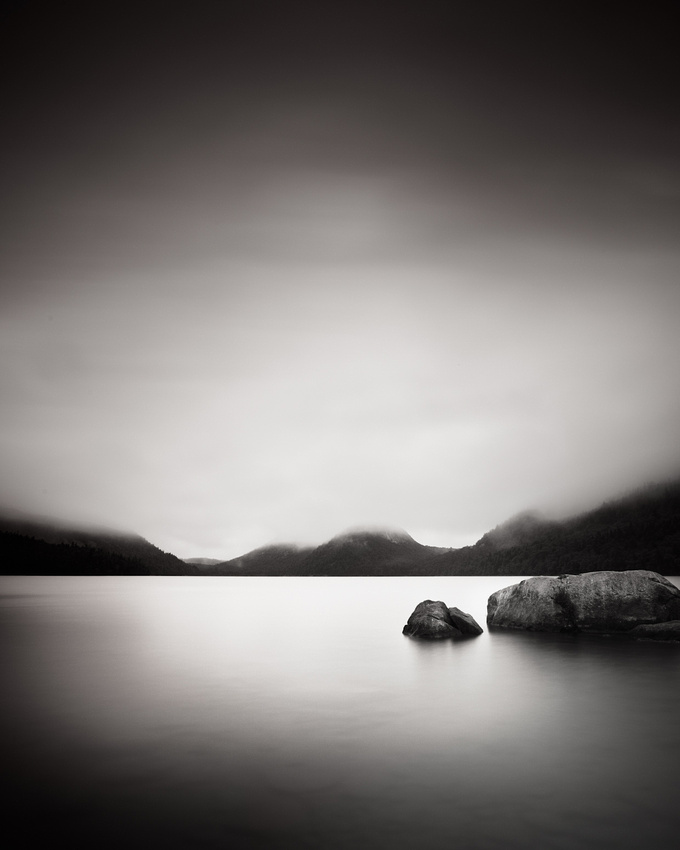 Right then, thanks for stopping by and have a nice day- Nate from Maine, Usa.

Online shopping coupons(non-registered)
I love black and white pictures, all the images are beautifully clicked.
Thomas S(non-registered)
Impressive and captivating work. Seems like an eternal wait to get back to Acadia and Downeast for my planned safari this upcoming weekend. It's been 3 yrs.. Your images are truly exceptional and capture the essence and spirit of this most magnificent National Park. My fingers crossed that I can add at least a few meaningful shots to my portfolio/gallery within the next 3 days!
Ben Coope(non-registered)
Thats the best reason Nate, its like meditation, i always feel calm, happy and relaxed after a morning shooting. When you dont get the image your hoping for it sucks after getting up early etc but i always find its worth it, being up and in a beautiful location (usually alone) watching the sunrise or set.
Oliver(non-registered)
Hi Nate, I like your work very much. By looking at your pictures one can tell how much you must enjoy the process of creating those. Thanks for sharing.
No comments posted.
Loading...
Subscribe
RSS
Recent Posts
Update Summer 2015 iPhone beat me at my own game- Dream Job: Photographing a Lexus ad in the deep of winter in Maine Update: got married, shooting flash, and snow on the ground. The 26 hour day- Triptychs and diptychs oh my! On maintaining creative momentum, or How I learned to stop worrying and love the process Revisiting old processes reaching for new results. Cape Cod before's and after's's's's... On Breaking the Rules= Don't Always Show Your Best Work?
Keywords
maine acadia national park photography have a nice day nate parker photography black and white acadia national park acadia bar harbor maine photography canon
Archive
January February March April May June July August September October November December
© Nate Parker Photography
Powered by ZENFOLIO User Agreement
Cancel
Continue