Order Your Fresh Killed Goat Whole or Half 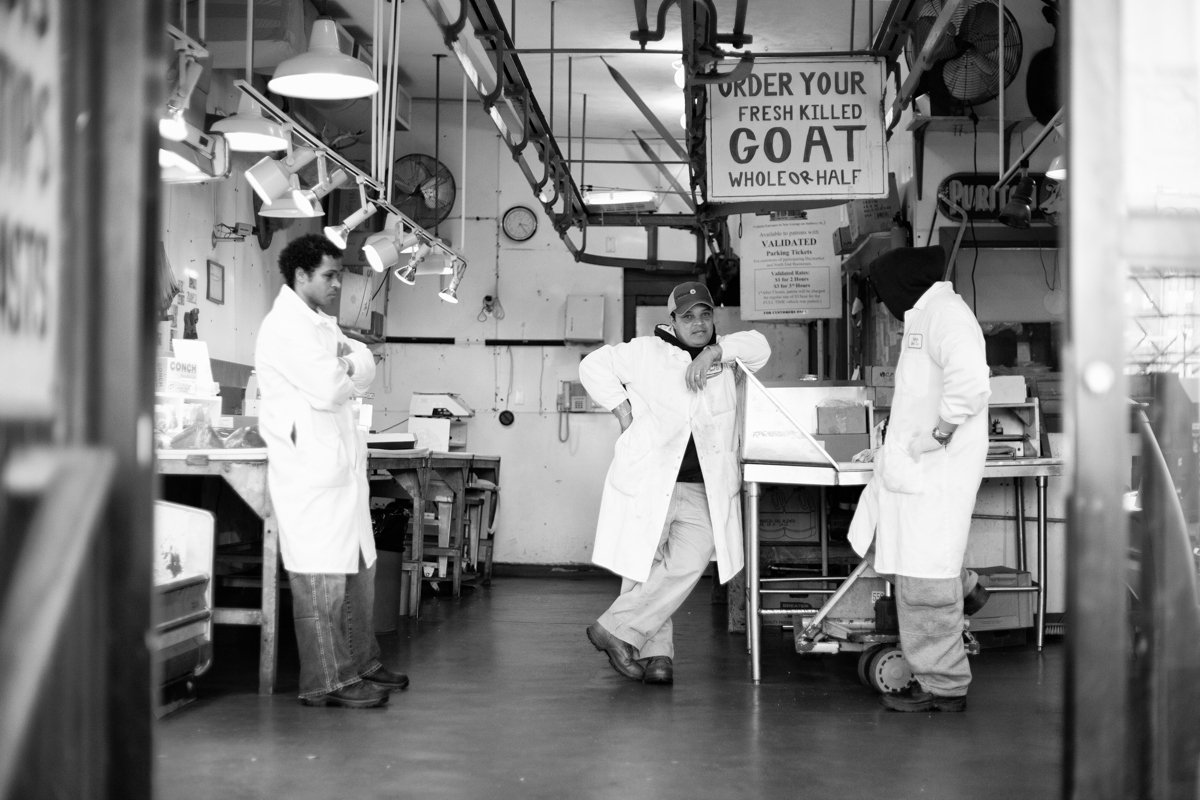 Haymarket Square, Boston- an older street snap that I think about now and then.

from the Wikipedia: Mary Ellen Mark (born March 20, 1940) is an American photographer known for her photojournalism, portraiture, and advertising photography. She has had 16 collections of her work published and has been exhibited at galleries and museums worldwide. She has received numerous accolades, including three Robert F. Kennedy Journalism Awards and three fellowships from the National Endowment for the Arts. Mary Ellen Mark was born in suburban Philadelphia, Pennsylvania,[1] and began photographing with a Box Brownie camera at age nine. She attended Cheltenham High School,[1] where she was head cheerleader and exhibited a knack for painting and drawing. She received a BFA degree in painting and art history from the University of Pennsylvania in 1962, and a Masters Degree in photojournalismfrom that university's Annenberg School for Communication in 1964.[2] The following year, Mark received a Fulbright Scholarship to photograph in Turkey for a year.[2] While there, she also traveled to photograph England, Germany, Greece, Italy, and Spain.[3]

In 1966[1] or 1967,[3] she moved to New York City, where over the next several years she photographed Vietnam War demonstrations, the women's liberation movement, transvestite culture, and Times Square, developing a sensibility, according to one writer, "away from mainstream society and toward its more interesting, often troubled fringes".[3] As Mark explained in 1987, "I'm just interested in people on the edges. I feel an affinity for people who haven't had the best breaks in society. What I want to do more than anything is acknowledge their existence".

Mark became a unit photographer on movie sets, shooting production stills for films including Arthur Penn's Alice's Restaurant (1969), Mike Nichols' Catch-22 (1970), Carnal Knowledge (1971) and Francis Ford Coppola's Apocalypse Now (1979) among her earliest. For Look magazine, she photographed Federico Fellini shooting his film Satyricon (1969).[3] Mark has since photographed on the sets of more than 100 movies, up through at least director Baz Luhrmann's Australia (2008).[6] Mark is well known for establishing strong relationships with her subjects, as she has spoken about after her experiences in the Home for the Dying in Calcutta, and her project "Street Kids" for LIFE Magazine, which developed into the movie Streetwise.[7]

Mark has published 17 books of photographs; contributed to publications including Life, Rolling Stone, The New Yorker, and Vanity Fair; and her photographs have been exhibited worldwide.[2] She has served as a guest juror for photography call for entries at The Center for Fine Art Photography.

Here's to you Mary Ellen!

kratay(non-registered)
I haven’t any word to appreciate this post.....Definitely i am impressed from this publish....the one that make this write-up it absolutely was an excellent human..thanks for shared this with us.<a href="https://ipro889.com/สล็อต-เว็บใหญ่/">สล็อตเว็บใหญ่</a>
Jim Denham(non-registered)
Wow! Pretty amazing work! Thanks for sharing Nate!
No comments posted.
Loading...
Subscribe
RSS
Recent Posts
Update Summer 2015 iPhone beat me at my own game- Dream Job: Photographing a Lexus ad in the deep of winter in Maine Update: got married, shooting flash, and snow on the ground. The 26 hour day- Triptychs and diptychs oh my! On maintaining creative momentum, or How I learned to stop worrying and love the process Revisiting old processes reaching for new results. Cape Cod before's and after's's's's... On Breaking the Rules= Don't Always Show Your Best Work?
Keywords
maine acadia national park photography have a nice day nate parker photography black and white acadia national park acadia bar harbor maine photography canon
Archive
January February March April May June July August September October November December
© Nate Parker Photography
Powered by ZENFOLIO User Agreement
Cancel
Continue