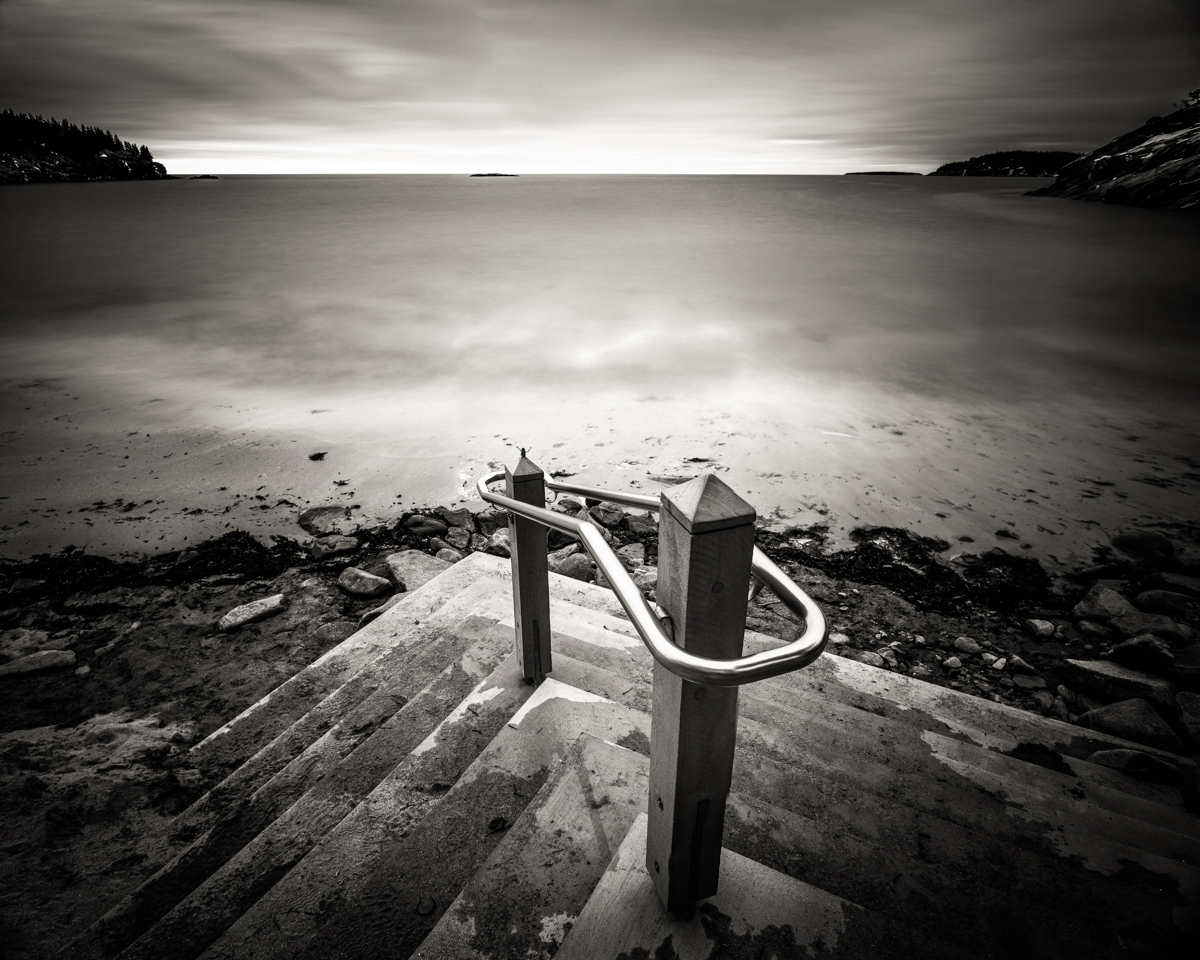 This image did not go easy- because of that it will probably never be "one of my favorites". But there's still enough there for me to like to want to do everything in my power to make it presentable. If you're interested these were my problems: first thing is that it's a 3 shot "shift-pan" made with my 24mm tilt-shift, often it's worth it to make a "shift-pan" of a scene where you shift the lens through it's movements to get the widest aspect of the scene possible, also it makes a big file with lot's of resolution. Here though the problem was that because of the ultra straight horizon line my Manfrotto tripod ball head failed me and introduced just about a 1.5 pixel droop at the edges of the stitch so Photoshop CS5 kept coughing up errors at me when putting stitching the pan together. That was about a month ago, the other day I decided to go at it again and this time I opened it with PTGui, a dedicated panorama application that I used to use all the time when I was stuck in my panorama period back around 2005- 07. I had to download it from the web because I had never installed it on this machine and it wanted me to purchase the new version because my license was from pre 2010, but that didn't fear me and the old version worked a treat and resolved the horizon errors fairly perfectly. The rest I was able to handle with PS. That was just the beginning of the chase though. Because it was a long exposure the highlights of the wave action needed blending and attenuating, there were some vignetting issues to deal with in the corners from the shifting, and then explore, I spent a fair amount of time adjusting the presence of the water because at first it was a bit too lively and distracting. The thing is, which I mentioned yesterday, once the initial image started coming to life the hours just faded away while I was working on it. That's my ideal when working on images, when it becomes like a ride that you can't get off, fun stuff. But the truth is I'd much rather take 30 minutes at it and feel that it's done and can't be done anymore than it's done now.

Now I gotta get back to enjoying the snowstorm, have a good one! -Nate!