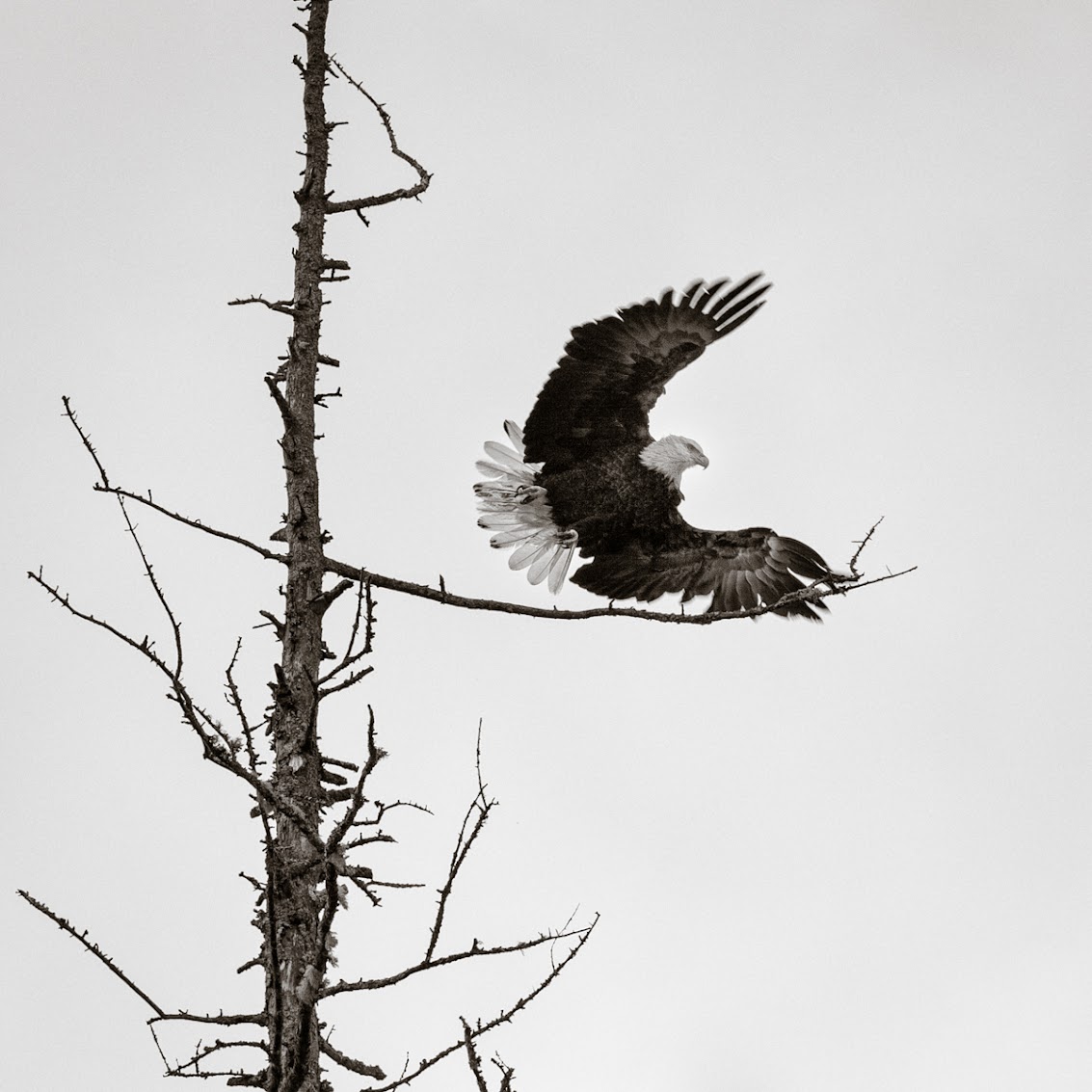 I don't usually photograph birds and or wildlife, but when I do- I pine for a 300 2.8, or even better a 500 4.0. That's typically why I don't usually try to get these kinds of photos, I just don't have that reach out and touch someone ability of the long lens. This is a 100 percent crop of a 100mm 2.8 and I was standing about 40 feet back from the tree that this guy was sitting in, he was up probably 30 feet off the ground and hung out there for a good five minutes or so to give me time to change lenses out from my wide that I was just using that also had a ten stop ND on it (wouldn't have worked at all!) and time to get my exposures right (he was crazily back light by the sun which was directly behind him but there were breaking storm clouds that would go from completely blocking the sun to screaming brightness a second later- started shooting in Manual mode but quickly switched to Aperture priority). I had just come around the corner driving back from making some more ice shacks photos and what I saw up in this tree from half a mile out or so was either a fire hydrant, a giant cat stuck up in the branches, or a bald eagle. And there are a bunch of BE's that hang out around this spot because they fish out of the open water that flows out from Seal Cove Pond here, you can often see pairs of them sitting on the edge of the ice doing there thing. So if I ever wanted to make BE pictures I would loiter there. Maybe someday. They (the bald eagles) are completely magnificent birds that I try not to take for granted, sometimes it seems that I'll see one everyday- but having lived in the Boston area for most of my life before moving to Maine in the 1990's I never used to see them ever. I still remember the first time I looked up into a tree after just arriving in Maine, hiking along the ocean in Acadia, and here was a giant and incredible bald eagle that had me floored in amazement. Now I think of them as good luck omens. And there you have it. This will probably look good enough compressed to the web, but I wouldn't want to try and print it large- that's reserved for the land of those big long white-barrelled L lenses. That's it for now- have a good one peoples. -Nate! 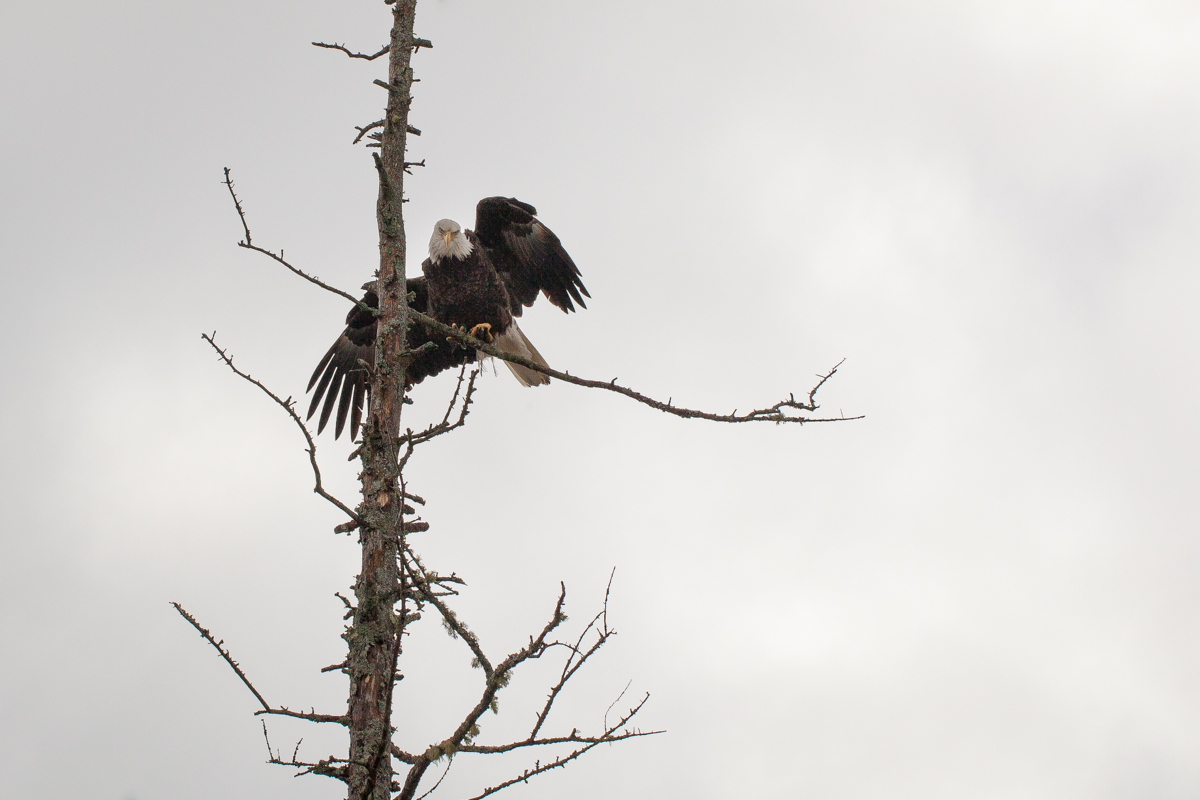 Jenn(non-registered)
Wow! Fantastic pose you caught - looks like the one on the presidential seal!
Jim Denham(non-registered)
Nicely caught Nate! I feel the same way about them here in MN - I never used to see them and now if I hang out by the St. Croix River or the Mississippi, you can see them quite regularly. They still amaze me though! Two flew over me while shooting in Taylors Falls a week or so ago, but they never lit close by, so there was no need to grab the 70-200. I may give that a shot soon though - they are awesome!
No comments posted.
Loading...
Subscribe
RSS
Recent Posts
Update Summer 2015 iPhone beat me at my own game- Dream Job: Photographing a Lexus ad in the deep of winter in Maine Update: got married, shooting flash, and snow on the ground. The 26 hour day- Triptychs and diptychs oh my! On maintaining creative momentum, or How I learned to stop worrying and love the process Revisiting old processes reaching for new results. Cape Cod before's and after's's's's... On Breaking the Rules= Don't Always Show Your Best Work?
Keywords
maine acadia national park photography have a nice day nate parker photography black and white acadia national park acadia bar harbor maine photography canon
Archive
January February March April May June July August September October November December
© Nate Parker Photography
Powered by ZENFOLIO User Agreement
Cancel
Continue