The problem with photographers is... 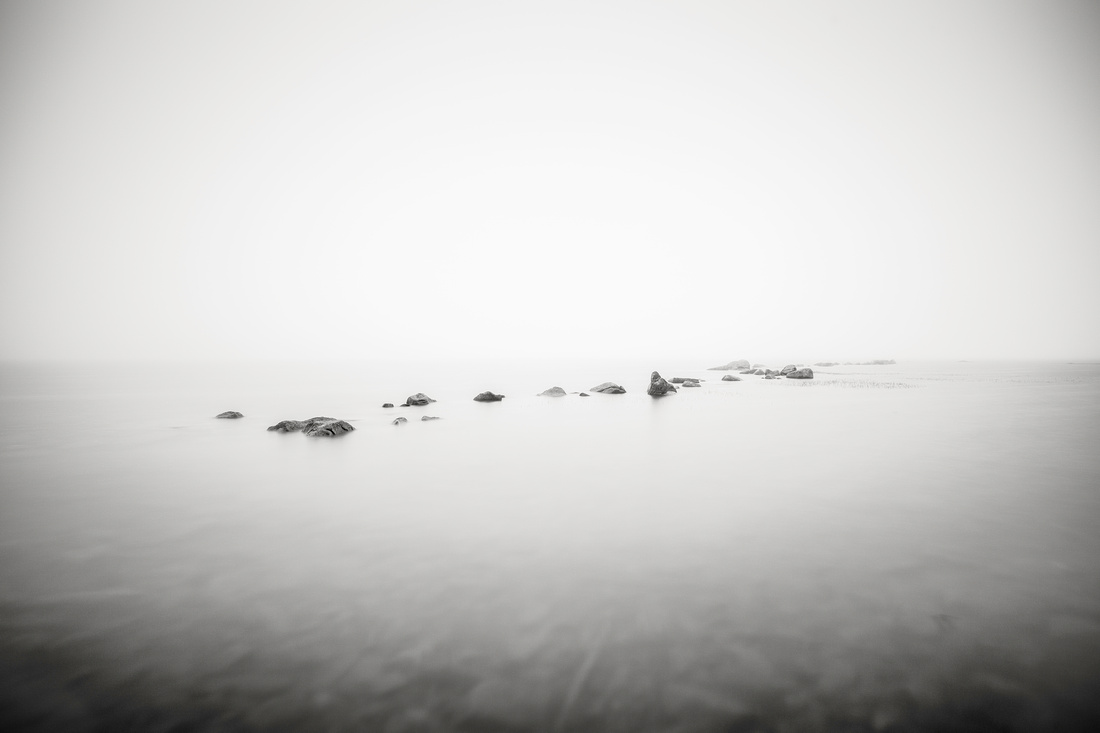 Rocks on the surface in the fog

Rocks on the surface in the fog. Eagle Lake, Acadia.

It's not just photographers but since I'm coming at this as a photographer then I'll speak to photographers, but it's anybody who pursues a craft passionately and this goes for sports and music and a whole slew of other stuff as well. Almost everybody at some point always says they want to be a master and go pro, be the king of the hill, your name next to the definition of the thing in the Wikipedia. As if that will guarantee to be somehow remembered and revered. And it's because we're constantly being sold to- but hey: we love it! We love the next big thing- the next super massive megapixel lowlight super fast fps 5k waterproof miniature low calorie wifi enabled retro and good for the environment awesome piece of kit, or new software, or new technique. I read the blogs everyday trying to keep up with the crazy innovations- and really it's absolutely incredible. To remember that my first outboard "hard drive" in 1980 when I was 8 years old was a cassette tape that connected to my Texas Instruments Ti-99 computer that ran Basic, had 4k's of ram, and a modem that you would put the telephone onto to connect to whatever it connected to back then- is a ridiculous thing to consider. Long live Moore's Law and long live innovation! But- I actually am trying to get to a point here: there's a point when we can forget that it's not all about the stuff and the advancements and the techniques and classes and blogs about all that stuff- it's about what we can do, and doing it. You know, just do it- as it were. Just make your work.

Bottom line is: don't let em guilt you into thinking that you should be something or other- just do because you want to and you like to do and you will get better everyday at doing just that. Just an opinion. What do you folks think?

SUPERBONUS888(non-registered)
You re in point of fact a just right webmaster. The website loading speed is amazing. It kind of feels that you're doing any distinctive trick. Moreover, The contents are masterpiece. you have done a fantastic activity on this subject!
Steve Serdikoff(non-registered)
You're on the money Nate! Great read. I've expressed a similar sentiment on my blog here: http://barreldistortion.wordpress.com/2013/11/24/a-photographic-generation-of-vipers/
Sandra P(non-registered)
really great read, Nate ;)

You make a lot of great points and I'm so happy that you have found your bliss and doing it your way!
Kevin Boyle(non-registered)
Great read Nate. Funny… I got told by a "professional" at a gallery opening we were both showing at that what I do (landscapes) is easier than what she did (staged portrait scenes) and when I answered her "are you a full time photographer" question with a no, she actually turned around and walked away.

I have found, and I'm sure you have as well, when you personally love an image that you have captured, it comes through to the viewer. The same way food cooked with love somehow tastes better.

You have a real knack with words as well as photos, Nate.