November photography, on plug-ins, and Black and White Friday sales! 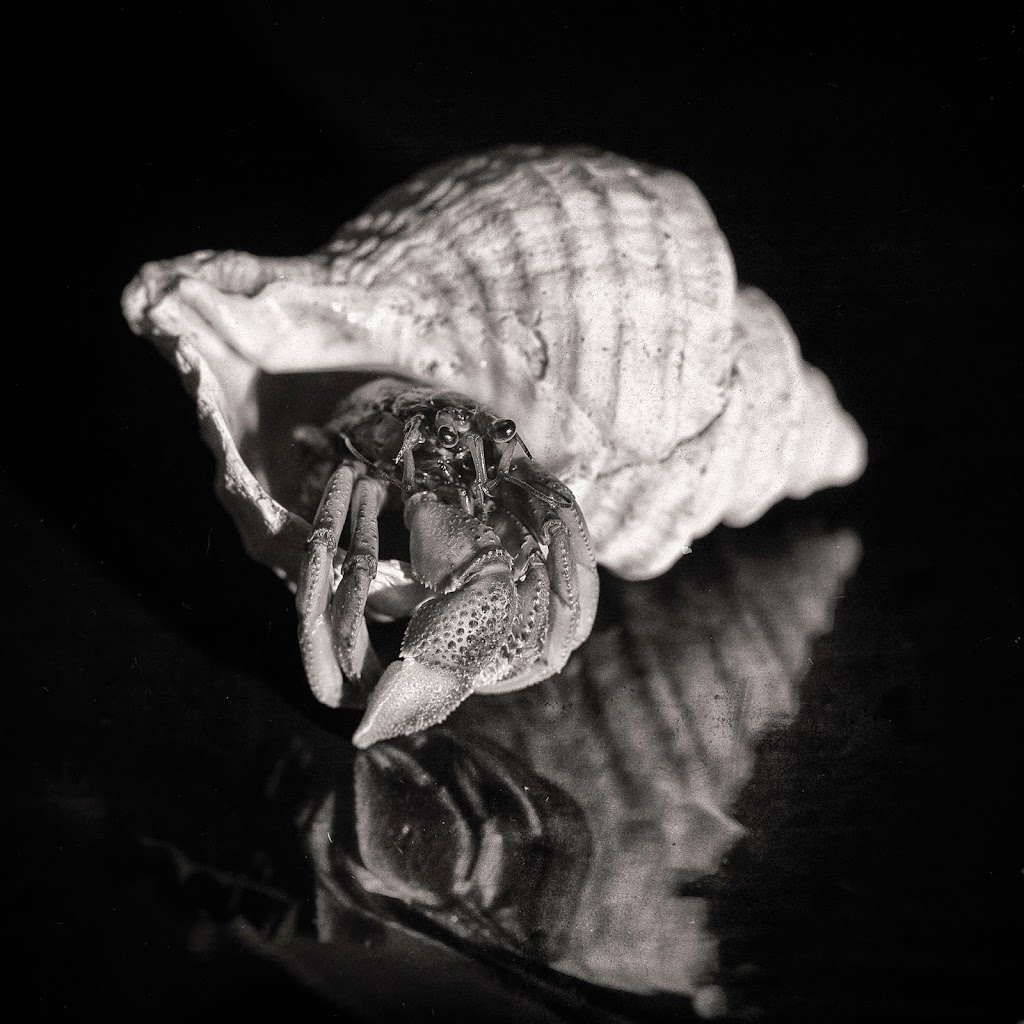 When November hits I always tend to hibernate in the area of photography. For instance right now its a balmy 28 degrees f outside but blowing a house-shaking 24 knots off the water with gusts to 34 which equals an apparent air temperature of 1 degree. Sure all you need to do is 'button up' but when you really get down to it unless some giant amazing celestial once in a millennia event occurs within sight of here I'm not taking the camera back out until the snow flies or else I get a better idea. Until then I've finally realized my long considered plan to make a home studio of sorts for setting up macro's and other still life's and studies and things in the comfort of my own home! How cool is that! Within 10 feet of the coffee maker or beer fridge, tethered to Lightroom and my 27" screen, warm. Can make some images then fizzle out and realize something else a bit later and have the set-up ready to reanimate and make more. The only real challenges then are subject, composition, lighting and exposure. Pretty much just what you'd face out in the field but with the added creative challenge of having to stage something that looks good and not just stupid or cheesy or completely typical and mundane. So, not to say that I overcame any of those particular challenges today, but I did end up with one set-up that I liked enough to work on and develop. Which brings me to the next part of this edition: plug-ins.

Plug-ins are cool! You know plug-ins are cool, but if you don't yet know that plug-ins are cool and you are a photographer that likes to make more work for themselves after the fact of the capture (like we do, the rest of us, who spend lots of time developing pictures, and like it) then know that plug-ins are wicked cool! Here's some of my fav's: all the "Nik Software" suite plug-ins, which are now Google owned and are called now something like "the Nik Collection by Google" or some odd bit. Contains Silver Efex Pro 2 which is my personal favorite black and white conversion tool and although Photoshop black and white channel conversions are cool there's just a bunch of things that makes SEP2 the go to app for black and white. For the color there's the Nik Collection Color Efex Pro 4 which has a bunch of sweet stackable and tunable effects that will realistically, or ridiculously theatrically enhance and pop even the most mundane of images. There's a bunch of others in the suite like Dfine for noise reduction, Sharpener Pro for print output sharpening, etc that would take too long to fully describe. But a most interesting new option which I'm utterly surprised has been released is this new Analog Efex Pro film emulator which is seeming to be going the way of the Visco Films softwares, etc- and for once I'm in the mood for it~! http://www.google.com/nikcollection/products/analog-efex-pro/

Here's the dealio: I'm in the mood for something completely different! Gotta keep working forward on my photography, but I'm not afraid to take a departure from the norm for a while, especially that it's now November! So here's what I'm on about: studio set up macros and or still life's with off-camera flash shot on backgrounds then developed through a bunch of different plug-ins. After all it's November and there's nothing but tumbleweed deadness blowing around outside before the winter has yet to start proper, and I've made some satisfying enough work for my portfolio for this calendar year to try something different for a change. Oh and here's another that I've recently found fairly intriguing: the "On One Perfect Photo Suite" software solutions, been checking out the public beta Photo Suite 8 which is here: http://www.ononesoftware.com/products/suite8/launch-center/. What I like about these plug-ins suites is that they have nice preview screens with interesting preset options that can lead to ideas that I wouldn't have considered otherwise. The On One Suite and the Google Nik Collection Suite have interesting dynamic contrast and texture enhancing algorithms that have helped a bunch of my recent images find more midtone details that in the end are invaluable if that's the tool that it takes to get where you need to be going. So where I may have once spurned a software suite full of presets as unimaginative, now I know that there's only so much time in this world for your next image and either you'll find the solution for it's development or you'll do your old tricks the best you can and then move on to your next image and start over, and it's sometimes the quick and easy solutions that these suites can often provide that will make your catalog images last.

Here's some other plug-ins that I've found valuable: PTGui (Panorama Tools Graphic User Interface) now in release 9.8.1 that was my go-to pan stitcher for 360 vr's and equirectangular projections when I was in my panorama phase and is still a great fall back option when Photoshop can't quite crunch the numbers in a stitch these days.

Photomatix for those hot and tangy HDR's that you rebellious ones like! http://www.hdrsoft.com now in updated version 5.0 as of Nov 20 which is interesting (apparently adding some kind of:  "Contrast Optimizer Tone Mapping for realistic-looking results, new Fusion method for real estate photography, multiple settings batching, and option to enable fusion from a single RAW file." hmmm.. probably still looks like fake maple syrup was poured all over my what would have been yummy bacon- nonetheless...

Oh- and for mobile: Nik Snapseed! Mextures, Hipstamatic, and Dyptic.

As of this Friday, November 29th- all Black and White prints at my website will be 30 percent off until January 1st of 2014! Any order placed between 11/29/13 and 1/1/14 will be automatically reduced by 30 percent- email me at [email protected] to verify and to place your order.

Have a good one, and here's one more for the road- (I thought this one was good but you guys (the inter webs) loved it and drove me crazy for a few days telling me as much: which I love you all for-- so thanks for that!) and, I used at least a couple plug-ins to realize the final version of this one: 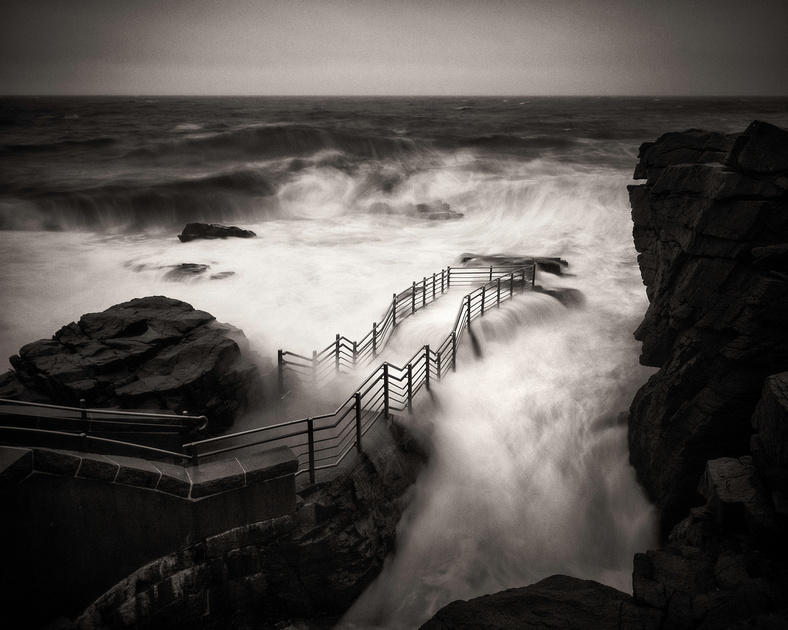 Liam Henry(non-registered)
In the Toto Community of Toto Police, major safety playground sites are verified and to vitalize the community, Sports Toto soccer win/loss analysis is provided free of charge. If you have been victimized, please make sure to report and report.<a href="https://mtpolice2030.com/category/%ec%8a%a4%ed%8f%ac%ec%b8%a0%eb%b6%84%ec%84%9d/">스포츠분석</a>
John David(non-registered)
Herbal Treatment for Bronchiectasis can prevent damage to your lungs and improve your symptoms. Herbal Supplement improves the health of the lungs that they function better. <a href="https://www.herbs-solutions-by-nature.com/product/bronchiectasis/">Herbal Supplement for Bronchiectasis</a>
red boost(non-registered)
thank you, that became a absolutely cool read!
Urban Arc(non-registered)
Our <a href="https://urbanarc.pk/product-category/office-chairs/">office chairs</a> are the ultimate solutions for any workspace. From a comfortable lounge chair to a formal executive chair.
Digisol Hub(non-registered)
Digisol Hub is one of the Providing <a href="https://www.digisolhub.com/social-media-marketing/">social media marketing agency in pakistan</a> . We deal in almost all cities of Pakistan and work with small-scale and large-scale businesses.
No comments posted.
Loading...
Subscribe
RSS
Recent Posts
Update Summer 2015 iPhone beat me at my own game- Dream Job: Photographing a Lexus ad in the deep of winter in Maine Update: got married, shooting flash, and snow on the ground. The 26 hour day- Triptychs and diptychs oh my! On maintaining creative momentum, or How I learned to stop worrying and love the process Revisiting old processes reaching for new results. Cape Cod before's and after's's's's... On Breaking the Rules= Don't Always Show Your Best Work?
Keywords
maine acadia national park photography have a nice day nate parker photography black and white acadia national park acadia bar harbor maine photography canon
Archive
January February March April May June July August September October November December
© Nate Parker Photography
Powered by ZENFOLIO User Agreement
Cancel
Continue