People and Faces from the Common Ground Country Fair 2012

Hi there friendorinos and amigas!- So this weekend was the great annual Maine's reserve finest Common Ground Fair, which is a veggie hippy-fest from way back and like none other, and the organic Maine grown sausage sandwiches will set you back $9.00 American dollars and they won't take american express, so like almost every year I got some pretty good people photography practice in. Previous years I had done all panoramas or shot with a whole kit that I wore in my backpack but this year I just slapped on a 50 and shot at 2.0 in Av or in Tv mode at 1/10 sec. I like to make people pictures but I live in a national park so I focus on landscapes- so in an opportunity like this I feel much less bashful than I did 5+ years ago when approaching people for a picture. And you know what- (of course this wasn't just street photography and people already kind of presumed a public face and accepted me making their picture) but more times then not for some reason the people I shot were seemingly flattered and almost proud to have their picture made. I mean I was approaching people I thought were interesting looking and I would usually ask them before making their picture and if they looked at all put off I would say that the reason I wanted to photo them was because they looked interesting or cool or something like that, and I wasn't lying- you know what I mean. Poeple are interesting to shoot because their symmetry is always different but usually really interesting maybe just for the individuality (except if it's me- you can not take a good picture of me, just too weird on ground glass). Let's get to the images- like I said I shot them all on my 50mm 1.8 which is Canon's "plastic fantastic" and is light as a feather and you don't mind wearing a full frame camera around your neck all day with it on- I was looking for portraits so I wanted to shoot wide open, so I stopped down to 2.0 to get a slightly better image quality then 1.8 and help with my focus (which was something of a mistake as my technique of autofocusing and recomposing often created enough of a discrepancy to lose critical focus at 2.0 where if I had shot at 2.8 or 3.5 then I probably would have had better focussing success- not a major problem, just a consideration), anyways- right, to the images: 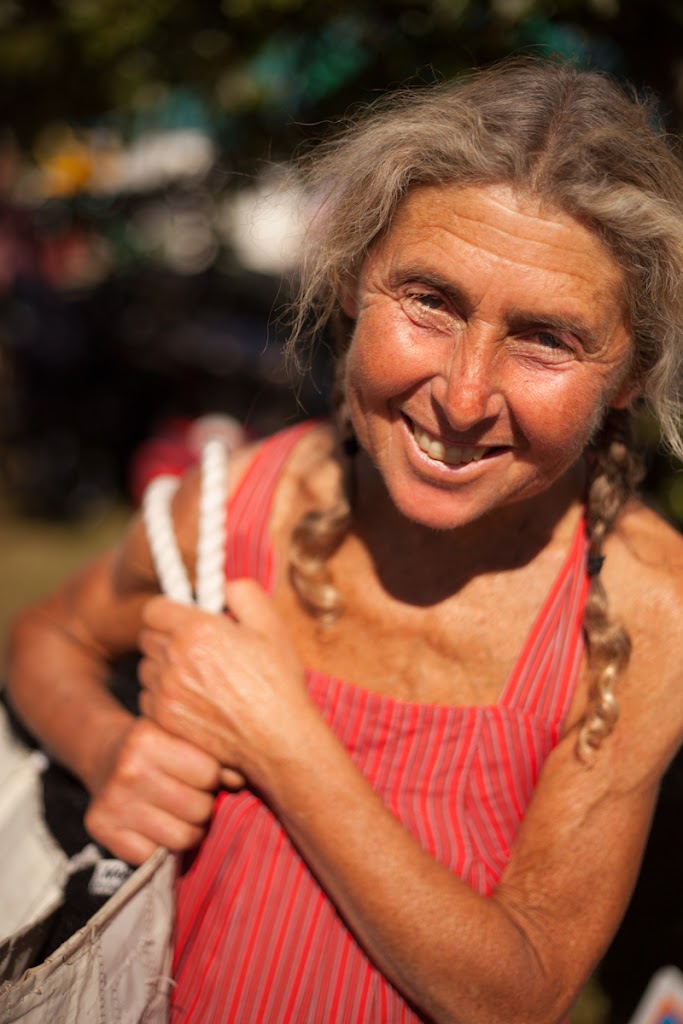 "Betsy", actual a neighbor of sorts as she lives in the town I live in and I found her here 150 miles away at the fair!

people on benches are easy to photograph-

then there were the "petit muerte" people (which means something else in french, pardon me'), as if it was a sleep fair- it was Sunday after all and that's what I had originally planned for today- 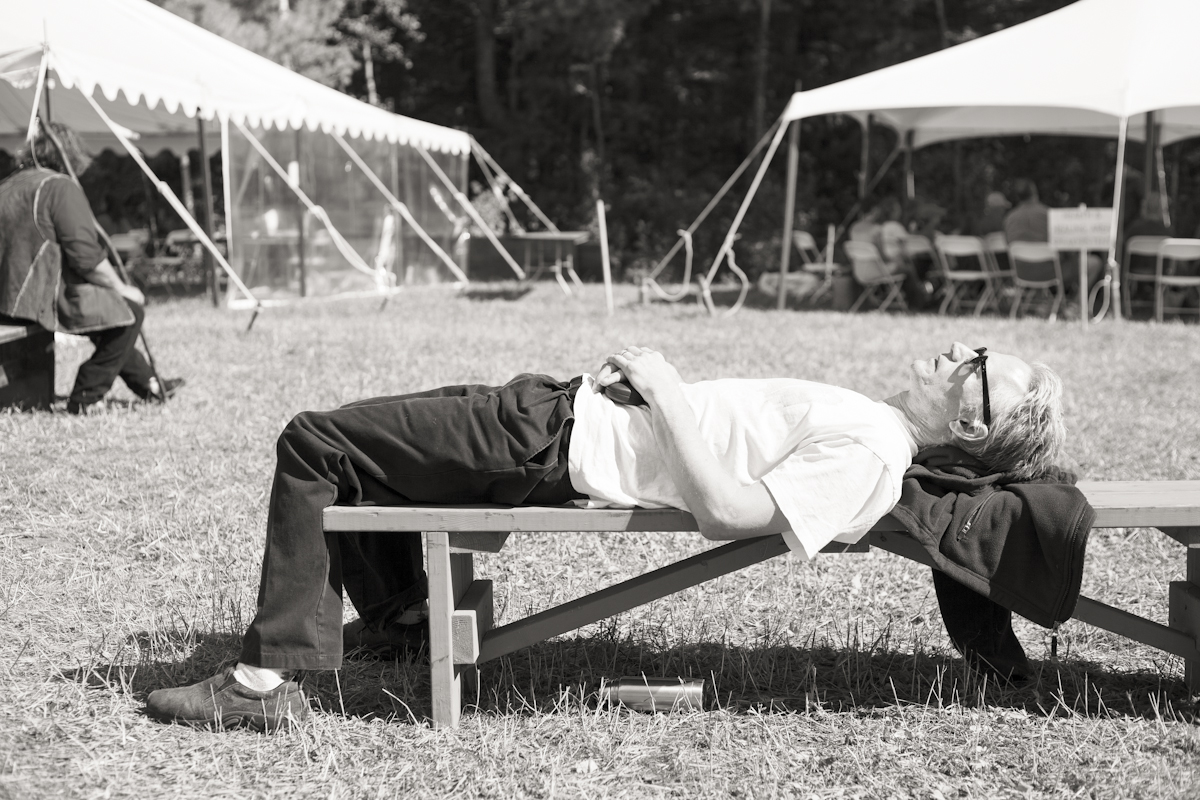 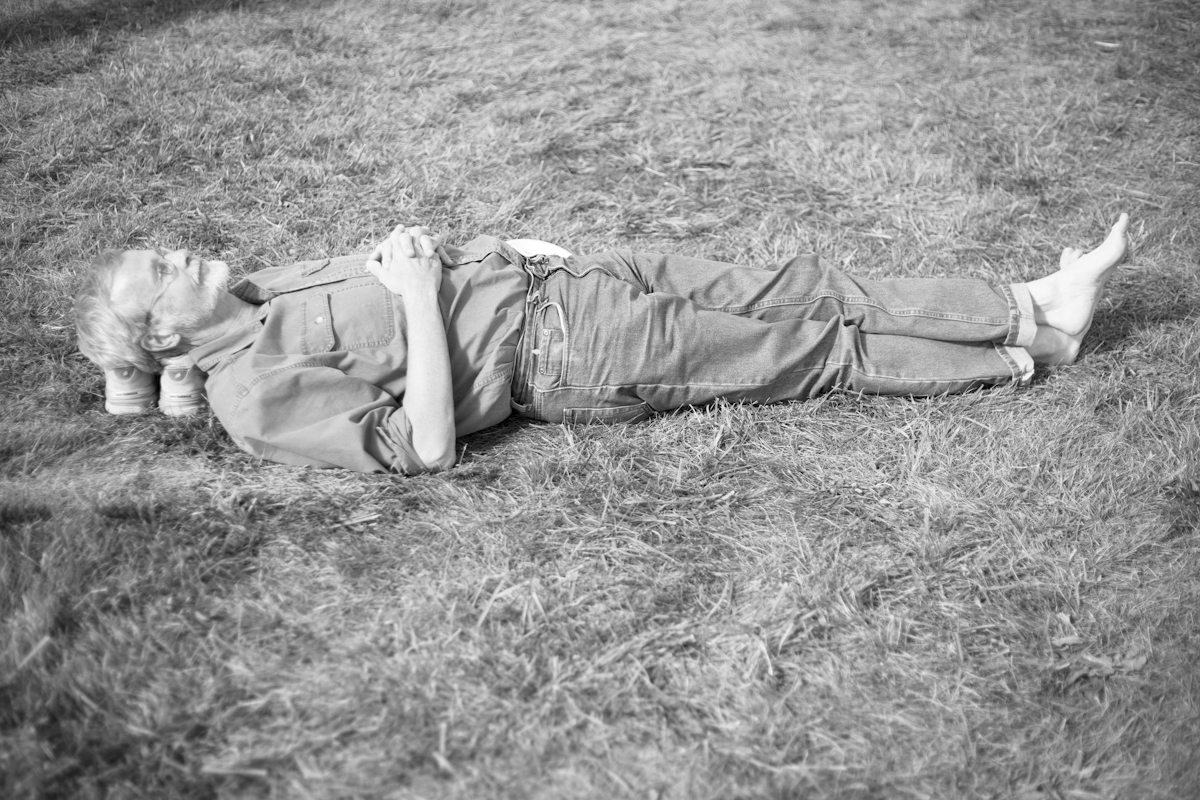 he's not really dead either-

more of what I said already-

the apple protectorate- if you want one, take one now!- no one's looking! 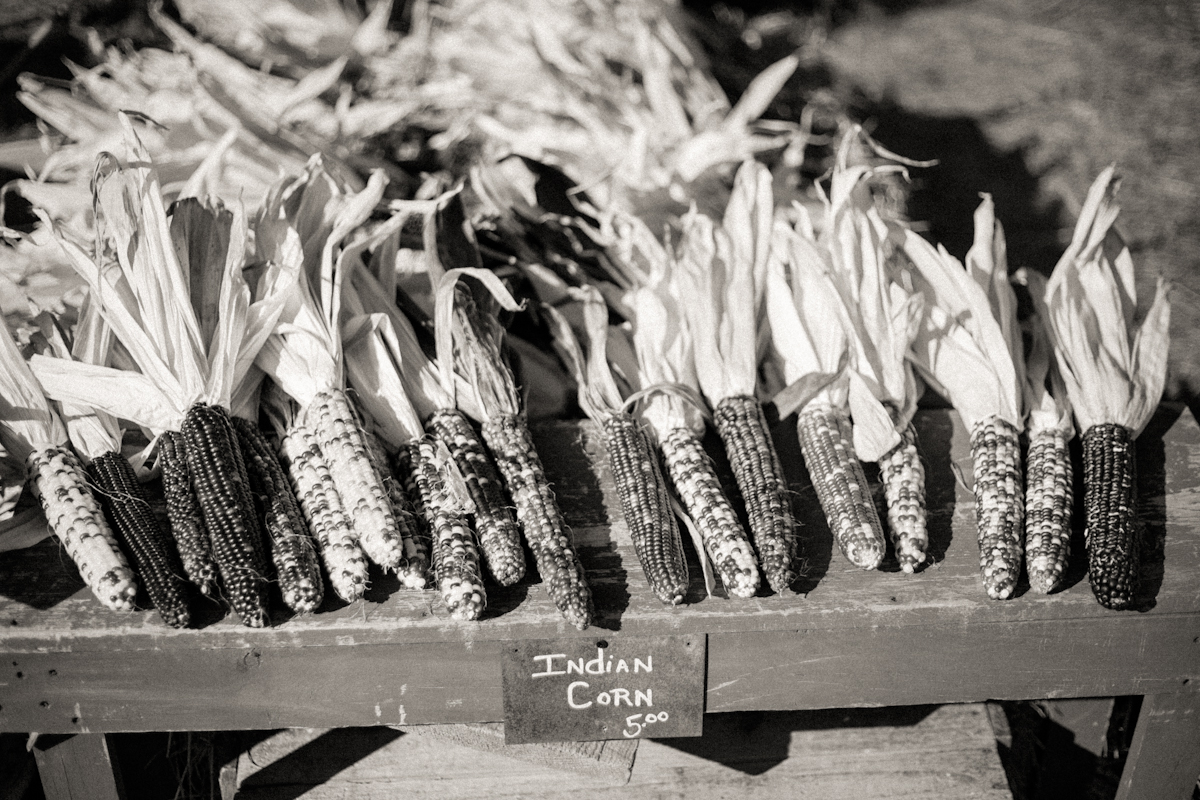 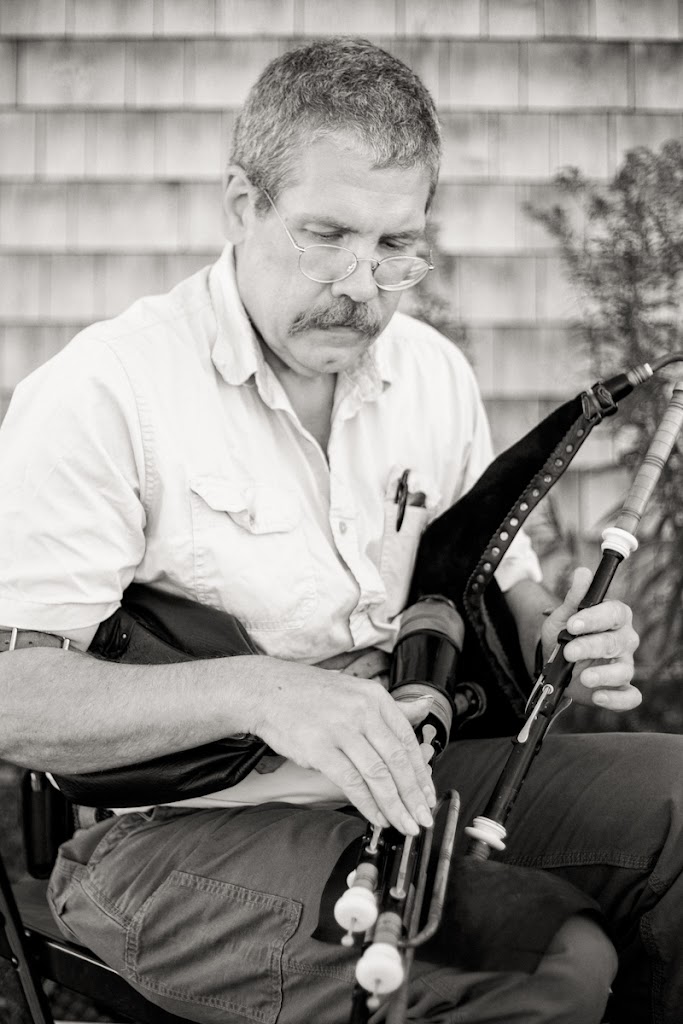 this guy plays the irish bag pipes, which is weird cause bagpipes are Scottish, and I'm Scottish, so that's weird- 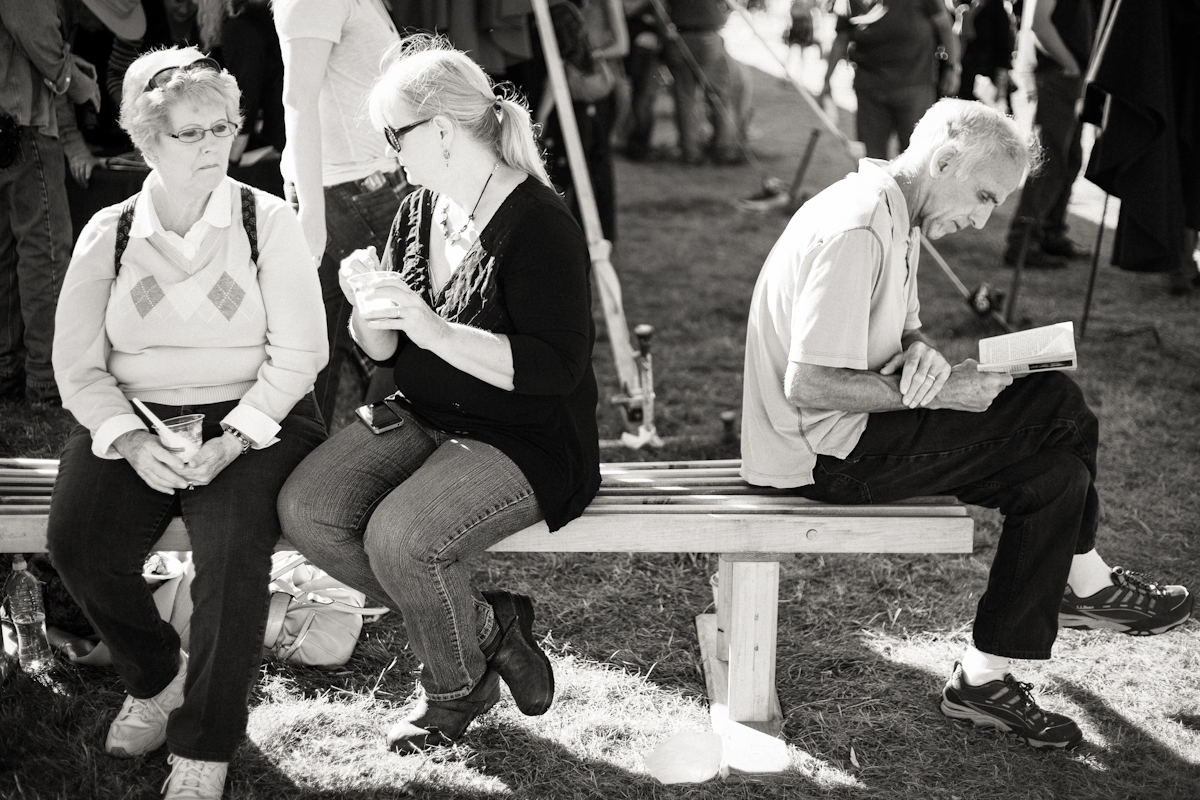 Oh Snap! I love this one! more people on benches II- lens flare for free.

Right then, so there you have it, this years pics from the fair- who knows how I'll shoot it next year, but here's hoping I get to nap the day away instead then! So my point is is that it was a great fun time, and the sausage was wicked expensive, but I made it a camera photography exercise that was really rewarding and hopefully I learned some more things that I'll be able to remember and put to use the next time I want to make a good person picture, because the rock will always pose the same way but the people do all kinds of unpredictable and erratic things like move and change their expressions etc- you know what I mean. Keep your batteries charged, have a nice day, and make some good pictures out there you's guys- Nate from Maine, Usa.

boom essays reviews(non-registered)
There is something astounding concerning the bond a mother has with her unborn youth. It's challenging to portray the penchant I can find during a maternity shoot, and we recall that we really want to lift up this never-endingly striking time in your life.
Ed King(non-registered)
Nate well captured and documented, love the images in black and white too. Nice job and some great captures !! You ready for winter up North yet ?
Andy Lee(non-registered)
Fantastic set Nate! Really love the portraits!
Nathan Wirth(non-registered)
Great set, Nate. Love the shots of the "dead" people!
Tim Grimmel(non-registered)
Nice work Nate. My two favorites are the guy with the hat and the elderly gentleman. They are all good though!
No comments posted.
Loading...
Subscribe
RSS
Recent Posts
Update Summer 2015 iPhone beat me at my own game- Dream Job: Photographing a Lexus ad in the deep of winter in Maine Update: got married, shooting flash, and snow on the ground. The 26 hour day- Triptychs and diptychs oh my! On maintaining creative momentum, or How I learned to stop worrying and love the process Revisiting old processes reaching for new results. Cape Cod before's and after's's's's... On Breaking the Rules= Don't Always Show Your Best Work?
Keywords
maine acadia national park photography have a nice day nate parker photography black and white acadia national park acadia bar harbor maine photography canon
Archive
January February March April May June July August September October November December
© Nate Parker Photography
Powered by ZENFOLIO User Agreement
Cancel
Continue