Every one of these photos has been photoshopped and or developed with Lightroom! 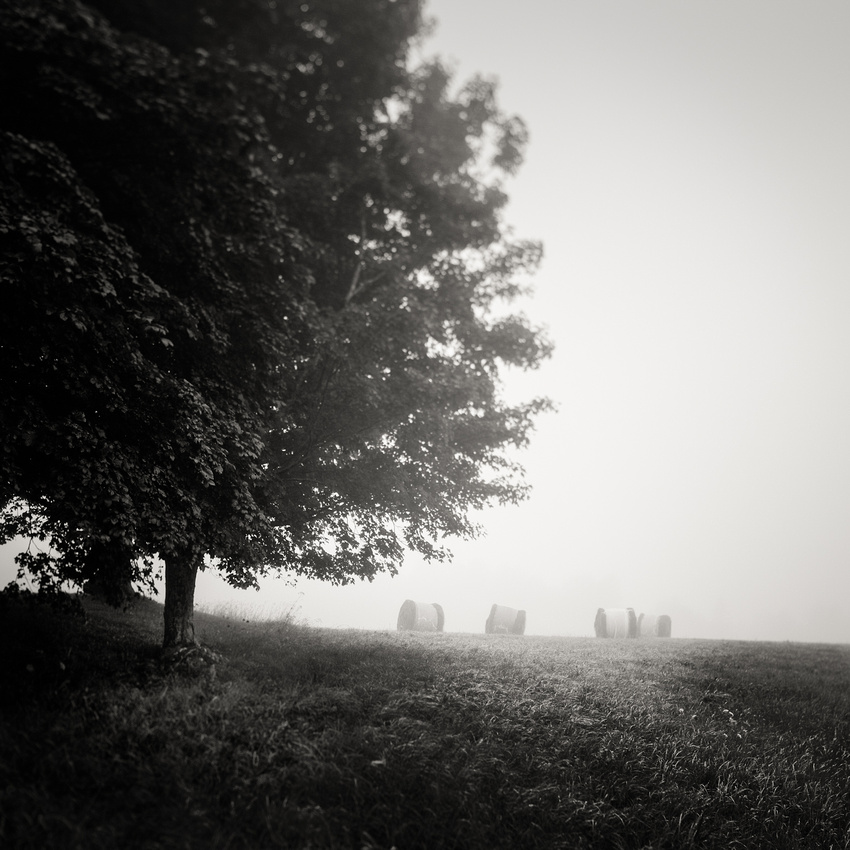 Hi there folkies- so I took some time to check out a local fine art fair this weekend that I was considering doing back in the spring but decided against it at the last minute (I'll do some of these eventually but having already experienced it through selling blown glass and I'd rather focus on galleries for the time being) where was I, right, so I was checking out some of the other photographers work there and gauging what the competition would be and all when I heard this lady photographer exclaim from her booth to some passersby that her photos "have not been photoshopped" that "this is exactly what it looked like". And I started to frown at hearing this in the biggest of ways- it really actually made me a little bit crazy inside listening to her because there is No Way on this Earth that those scenes looked the way she was presenting them when she shot them, they were totally saturated and affected and she wasn't shooting film. Now maybe she's got her jpeg settings customized to boost saturation and contrast- a lot, or she has a completely miscalibrated monitor, or maybe she just uses Gimp or the Jasc Software version of Photoshop, what's it called "Paintshop" or something? Anyways, here was another person, a photographer of all people!, who was spreading the misinformation that Photoshop is somehow a bad thing. I'm sure she's not a bold faced (or is it bald faced?) liar in that she doesn't use Photoshop, but if she is representing supposed "fine art" in photographs I would hope she has some kind of control of her development process.

For the layman here's what we do as "fine art" photographers: we spend hours agonizing (sometimes blissfully) over the development of the image. Back when I was using a 3 megapixel point-and-miss camera I already knew that taking the picture was only part of the process and that was twelve years ago. Since that time the digital darkroom has changed and evolved to the point where we can have the potential for virtuoso control of developing the digital negative. Here's a great quote from father Ansel that sums it up perfectly: "the negative is the score, and the print is the performance". Just like the old time film guys did back in the day and some who still shoot film still do now, after the capture they would spend hours in the darkroom aspiring to control the transformation of a virtual place in time to it's representation as a fine art achievement. And that's what we still do today just without the red light and the chemicals, etc.

Some sports shooters will shoot jpeg's, actually probably all of them, because they shoot such a volume of images and upload them between quarters or periods to there contractors servers, and then the images will be edited and developed, but everybody else shoots RAW. And if this is news to you and you have a camera- flip that dial in the quality mode to RAW right away- because it gives you the best digital negative with the most information to use "in post". The thing is that the RAW files come out of the camera a little flat, which is to say lacking some contrast and needing some selective sharpening and maybe some curves adjustments, etc, -trying not to get carried away in the geek talk, where was I- So you can either apply a preset or do your own developing, and this is in my opinion where the real fun starts. Some of my friends in the interwebs (I'm sure they're real people because I've actually met some of them)- will spend upwards of 50 hours developing an image, which has to be just about the record, but the point is is that every one of us who takes photography seriously takes pains to fully realize the potential of the vision through every means possible, which includes developing the image. Photoshop isn't mandatory- there are a myriad of programs that will allow post imaging processing of the capture including Lightroom 4 (my favorite), Apple Aperture (I put this one after Lightroom on purpose), Photoshop Elements (which is a truly affordable consumer approachable tool that you can get for like 70 bucks), Gimp (free photoshop), Apple's Iphoto, Google's Picassa, a bunch of awesome apps for your mobile devices like Snapseed and Camera+, etc, etc. Pick one, use it, make your pictures better! But we should rarely let the camera make the decisions for us and we should take a proactive approach to realizing and controlling our imagery.

I was explaining this whole hullaballoo to my glassblower friend who is also an old time shooter and darkroom guy- and I was saying to him that this lady owed it to all of us to represent photography as an embassador to other photographers when she is dealing with the public like this- to not slander the the rest of us who use digital developing as an integral part of our work flow, even if she has an alternative process that she may be proud of (here again I'm doubting that). Ken, my glassblower friend claimed I was over reacting. But I'm "stickin to my guns", that lady was crazy and her photos were bad, and she was spreading misinformation, so there!

Now that I've gotten that off my chest, (I've been thinking on this for a couple days now- been busy), I feel better. :)

So, therefore, herein, whereby- I'm Proud to say: every one of my photographs has been Photoshopped and or developed with Adobe Lightroom.

Thanks for stopping by, and the next time you hear this line "These haven't been Photoshopped", I hope you can take it with "a grain of salt", either that or just call them a hack! And tell em I sent ya! -Nate from Maine, Usa.

Kevin D(non-registered)
The phrase "has not been photoshopped" should rightly be replaced by "every one of my photographs has been Photoshopped and or developed with Adobe Lightroom".

"this is exactly what it looked like ... and she wasn't shooting film". The only thing that isn't manipulated is a positive film and even that may not necessarily be a pure representation; Fuji Velvia was an intentionally over-saturated film. Negative images are always manipulated when making the print (not much different than LR & Photoshop in my book).
mark helm(non-registered)
Hay Nate, think you did the wise thing not confronting her it is a no win argument and really who cares. When I go to the meat market I have never heard anyone say I eat my steak raw, my image is like the steak I cook it, add salt and pepper to my taste, but if someone wants to eat it raw let them chew away.
I like your slant.
No comments posted.
Loading...
Subscribe
RSS
Recent Posts
Update Summer 2015 iPhone beat me at my own game- Dream Job: Photographing a Lexus ad in the deep of winter in Maine Update: got married, shooting flash, and snow on the ground. The 26 hour day- Triptychs and diptychs oh my! On maintaining creative momentum, or How I learned to stop worrying and love the process Revisiting old processes reaching for new results. Cape Cod before's and after's's's's... On Breaking the Rules= Don't Always Show Your Best Work?
Keywords
maine acadia national park photography have a nice day nate parker photography black and white acadia national park acadia bar harbor maine photography canon
Archive
January February March April May June July August September October November December
© Nate Parker Photography
Powered by ZENFOLIO User Agreement
Cancel
Continue