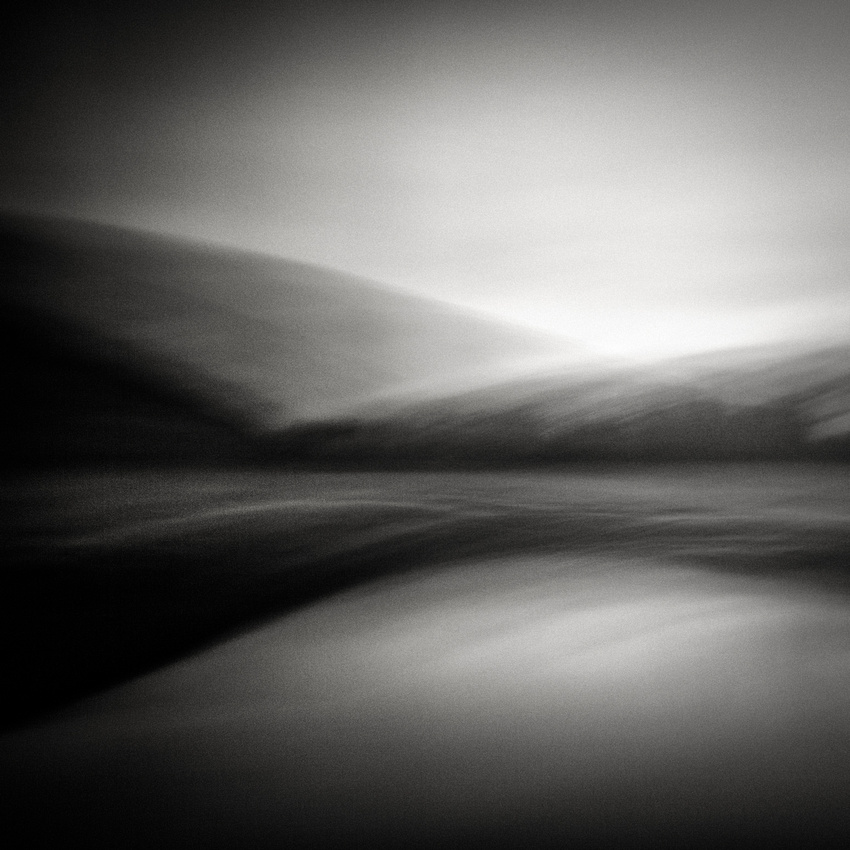 Of course i should speak for myself, but I would offer that all serious photographers forget after a point to occasionally just have fun making pictures. That is to say, we're all guilty of taking ourselves too seriously sometimes. We get into a routine of making imagery that uses an approach that we've learned over time that yields a particular kind of result and that's when the whole thing threatens to become a "job". We look at the maps, consult The Photographers Ephemeris, set alarm clocks, and put on our fancy big-time-photographers hat and kind of do the same thing over and over again. Which is good, it's a matter of refinement, building on what we've learned and all. I heard an expression when I was in music school that a composer writes one long song in their career, one loooong song, just in different verses. Whatever that means, It's your particular voice, your work, you're the one doing the driving.

Now, not to say there isn't a real joy in going out to shoot and being in the right place at the right time and manipulating the camera and just experiencing the whole thing as it is, clicking the shutter, breathing the air, chimping at the review, patting yourself on the back, etc, but the whole point isn't to practice a regiment that will enable an amazing image, it's to "go make pictures", that's why we picked up a camera in the first place. Remember the first time you experienced seeing the beautiful bokeh that a fast lens makes, or remember the first time you stitched a panorama, or shot a good portrait, or the first time you made a good black and white conversion- that's real photography fun! After a while of gaining photography experience all these things can become passe and "old-hat", so then what do you do? You can come up with new projects to explore or just do a "photo-walk", shoot something you wouldn't ordinarily shoot, spend the day with just one lens (the 50), bring your kit to the circus and hang out with the clowns, etc etc.

So that's what I did this morning. I didn't hang out with clowns but I went to play! There's more to it than that though, part of the inspiration came from watching a "Fro Knows Photography" video yesterday regarding focus or something or other, doesn't matter what it was, that guy is just hilarious! Anyway, while I was watching it, it occurred to me that focus and sharpness is over rated! I mean anybody and their mother can make a sharp image with todays cameras, and all the images I see on all the sharing sites like G+ and Flickr and 500px etc are sharp to the Maxx! So that suddenly became in my minds' eye at the time: sooo boring! Let's pause for another picture: 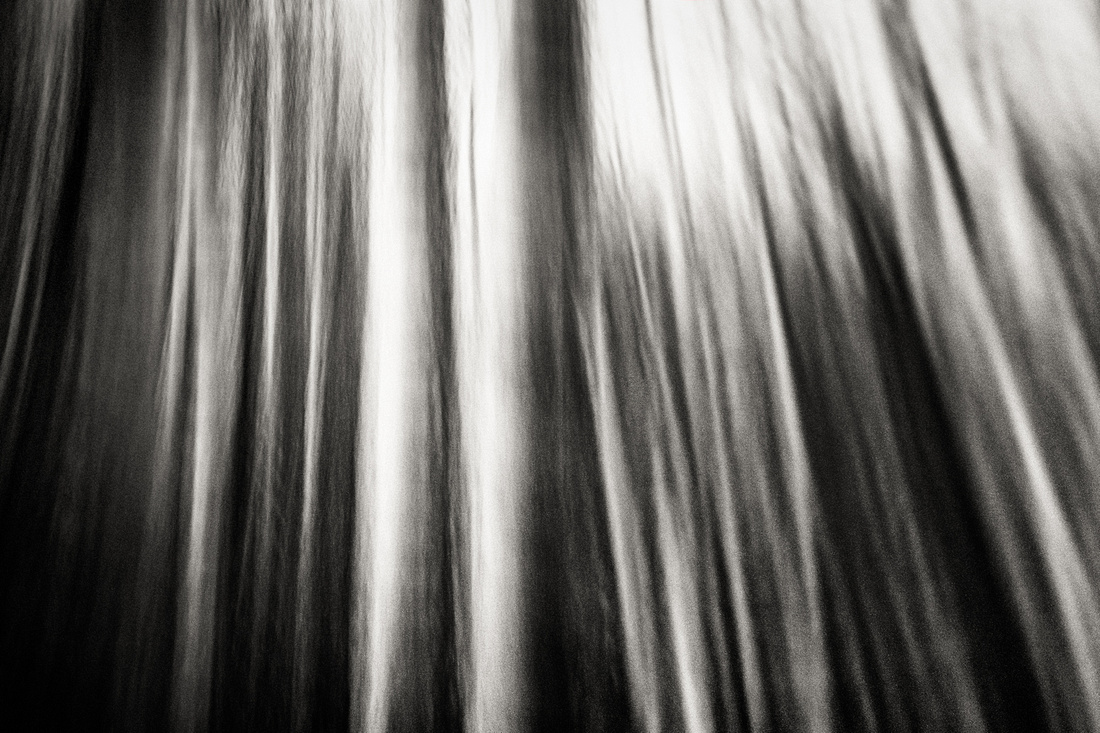 I've seen some great examples of this kind of abstract camera movement imagery but it never really was something that I wanted to practice much because I wanted to make technically perfect work, but you arrive at a place through the voyage it takes to get there, and I think a bit proponent of arriving at this place has been my experience using my 24mm f/3.5 Tilt-shift lens where part of the beauty of that lens is the ability to control extreme focus fall off through the tilt function, which I love to do occasionally but am well aware to not over do it. So, long story short my approach today was to use my tilty shifter in conjunction with a neutral density filter to achieve really wide apertures with a sharp plane of blurry focus, while maintaining long shutter speeds, and I was shaking the camera and moving it all over the place like a freaky person! And lemme tell ya, (whether you like these images or not), I had a Wicked blast making them! Every exposure was changing the scene in front of me in dramatic yet mostly controllable ways. Depending on the speed of panning, the blur would be more or less obvious, highlights and shadows became a primary compositional element, and everything was new all over. Every place that I had photographed so many times before had brand new compositional possibilities. Such fun! I had initially planned on perhaps blending a sharp image selectively into the blurred image through layers in Photoshop, which I still may do, but while I had it on my mind I wanted to share with you, faithful reader, my suggestion to go out and shoot just for fun every once in a while. Don't let that awesome wicked expensive black computer with the big eye ball get between you and your vision and your passion for making imagery. Remember to have fun. Right then.

Now get out of here and go make some pictures and have a wicked nice day- Nate. 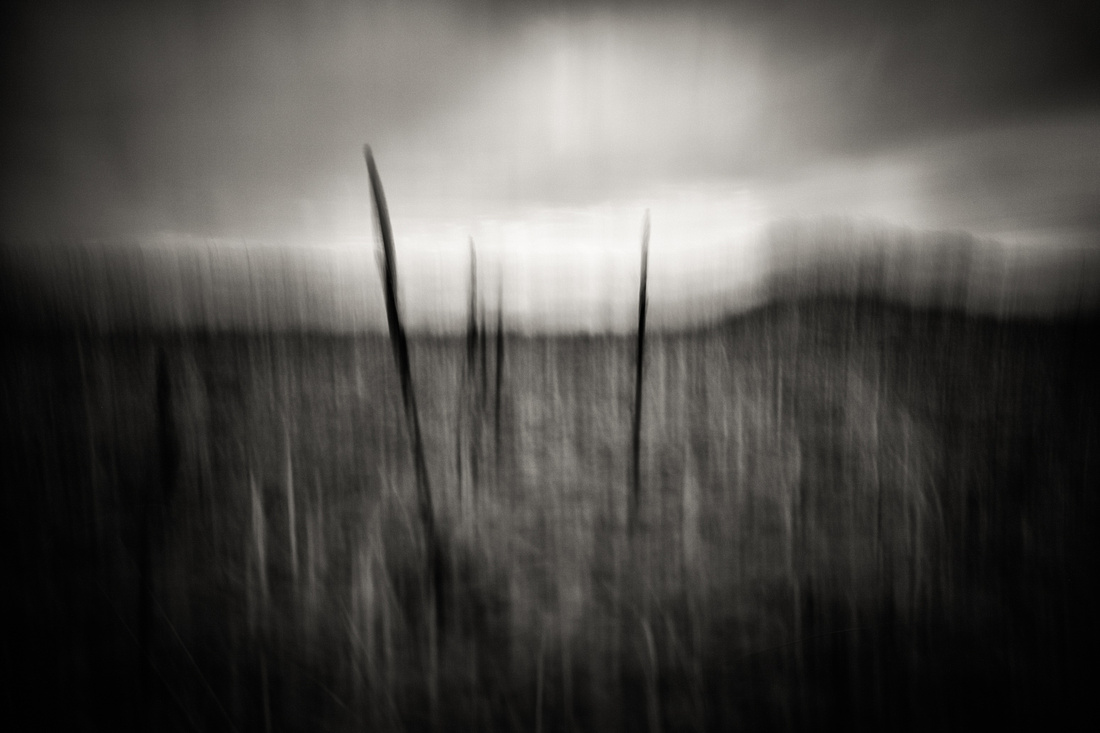 stephencairns(non-registered)
Fabulous post. Reminds me of a quote from Ruth Bernhard: "Fall in love. Everyday. With everything. With life. If you can fall in love, you can be a photographer. I think that is absolutely essential." It seems to me that you went out in the same spirit when making these images. Inspiring read and wonderful images.
delikizinyeri(non-registered)
As usual, Nate, you're inspiring and cut right to the essence of photography. Thanks for reminding us all to have fun and lighten up!
Guy Gale(non-registered)
Thanks Nate for helping re-evaluate my own journey....much too serious.
Maxx Smart(non-registered)
:) I didn't think so at all, but I didn't want to assume it was meant a "compliment". I love to keep looking at these, and hope you do more. Plans on printing any?
Nate Parker Photography
Oh no Steve, that wasn't meant as a digg at all my friend, just wanted to honor you and your 2 xx's!
No comments posted.
Loading...
Subscribe
RSS
Recent Posts
Update Summer 2015 iPhone beat me at my own game- Dream Job: Photographing a Lexus ad in the deep of winter in Maine Update: got married, shooting flash, and snow on the ground. The 26 hour day- Triptychs and diptychs oh my! On maintaining creative momentum, or How I learned to stop worrying and love the process Revisiting old processes reaching for new results. Cape Cod before's and after's's's's... On Breaking the Rules= Don't Always Show Your Best Work?
Keywords
maine acadia national park photography have a nice day nate parker photography black and white acadia national park acadia bar harbor maine photography canon
Archive
January February March April May June July August September October November December
© Nate Parker Photography
Powered by ZENFOLIO User Agreement
Cancel
Continue