Boston is my home- 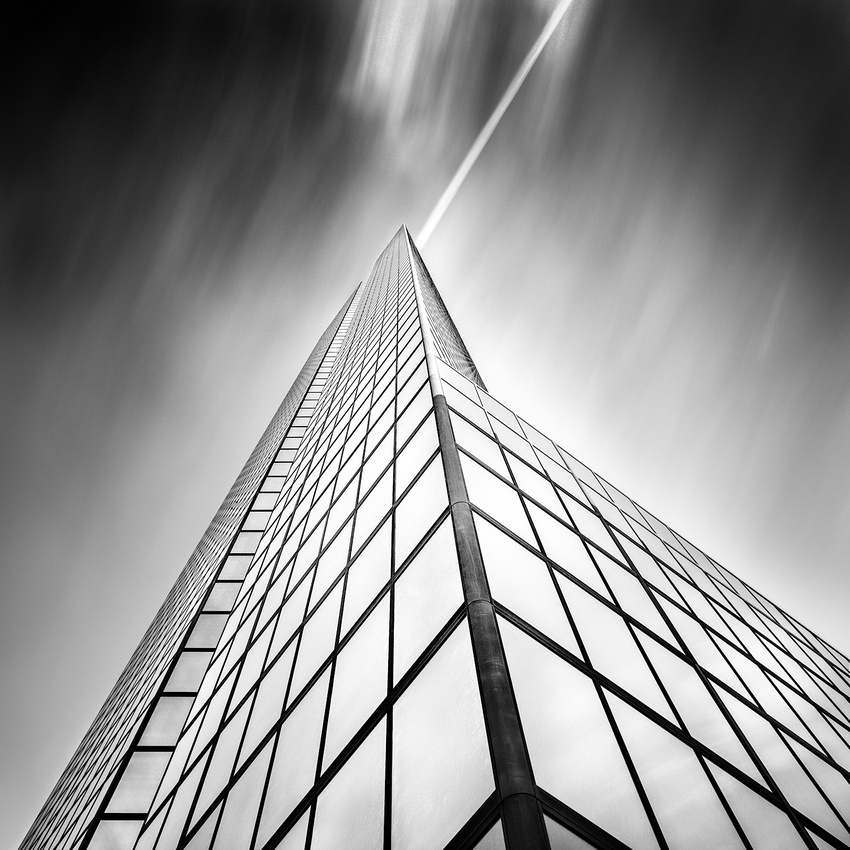 The title comes from the awesome refrain of "The Standells" much loved Boston anthem "Dirty Water", which is apparently a reference to the cesspool that was The Charles River and Boston Harbor in the pre EPA polluted happy-go-lucky 1960's. So, last week I went to visit the folks who live on Cape Cod now and I wanted to take the opportunity to shoot the John Hancock building on the way, I live 5 hours north up in Maine these days, but spent my kidhood living on the outskirts of Boston and went to college there at the Berklee School of Music in the 90's and still like to go to a Bruins ice hockey game now and again with my older brother Andy. Therefore, Boston I love and hate. But more love. But definitely a little hate.

The John Hancock building (new version, the old Hancock building with the weather indicating antenna is still across the street) has always been one of my favorite structures in Beantown. It stands only 60 stories which isn't all that proud in the modern skyscraper race to the stratosphere, but it's the tallest building in the city and the tallest building in New England and the distinctive all glass reflective surface and crazy angular shape with the indented channel running up the sides give it an instantly identifiable visage. Also I have somewhat of a personal connection with the building as when I was like 6 years old and in first grade my art teacher entered a painting I made in art class in some contest and I won and the painting was displayed in the lobby of this building and I got into the Boston Globe newspaper which was the ultimate high point in my life and it has all been downhill since! Just kidding about the latter but not about the former. Here's the painting on my Ma's wall:

whatever I was only 6

So, it was last thursday that I intended to go into the city and shoot the Hancock building with the new black and white development approaches that I have been using of late, and I had been looking forward to this for weeks and had previsualized and imagined a number of different angles and viewpoints to represent the image that I had in mind. I left Maine at 7:00 in the morning and arrived downtown about 1:00 pm and stuck the car in a 20 dollar garage and headed to Copley Square to do the deed. But it was a wicked bust! It was blowing a gale with gusts to 52 mph recorded at the Blue Hill weather Observatory and when it is windy outside of the city it is CRAZY windy in the city. I lived in an apartment near here when I was going to college and I have seen this area hurricane like before on just an otherwise breezy day, with people being blown about and hats and bags being torn off, and there were actually ropes along the sidewalk for people to cling on to like a sailor on the high seas. Crossing Copley Square on days like this just going to get a bagel at Brueggers was like taking your life in your hands!

There was a time, before they fixed the problem, when the windows of this super skyscraper were being blown out of their casings and would fall into the street 50 stories below so that security personnel would have to cordon off the whole area and keep pedestrians from walking too close to the building- crazy, but true! Look at this:

John Hancock tower with plywood filling the spaces where windows have fallen out!

With the winds howling at what seemed to be easily 60 knots and not a cloud in the sky, the last thing I was thinking about was getting pummeled by a 1 ton chunk of skyscraper window- because it was the worst photographic weather there could be! I ripped off this snap shot on the way in thinking this might be the only photo opportunity of the day:

The image I wanted to make was of streaking clouds going over the top of the building playing off different oblique angles of the structure in a long exposure, but I couldn't even hardly stand never mind imagine my camera being steady enough on the tripod to make the images. So I freaked out and went and walked a couple miles and had a coffee and waited for a change in the weather. And found this:

But between the weather and worrying about being hassled by homeland security over the size of my camera backpack and the blister on my foot due to the weird pair of socks I had worn that day, it was time for a rest and some soul searching as it were.

Right then. So. I came all this way. My gear is ready, my mind is ready and I finally started to see some clouds moving in over the city so I walked back to Copley Square and set up with the tripod opened as low to the ground as I can get it. I had found an angle on the building that was somewhat sheltered by the corner of another building (Trinity Church) and by pretty much laying on the ground to frame the scene I got the comp I wanted and just waited there for the clouds to come that I needed.

So Check This Out! While I was camping there dodging trash and mimes and Hare Krishnas being blown down the street I witnessed one of the revolving doors of the building actually EXPLODE outward and safety glass blew down the street in a big cloud- I guess from some over pressure scenario or whatever and the gendarmes came out and cordoned off the area and did a bunch of pointing and fussing about and all. So that was cool!

I ended up making a bunch of images of the angles and lines of the building for about an hour in the end and finally left about 4:30 when the sky changed to a flat grey and never got hassled by security or anything. It was probably too windy for them to care. But it definitely proved to be one of the more challenging shooting environments that I have ever encountered and I'm good and done with wind for a while!

This was my setup: Canon 5d MKII 17-40mm f/4.0 about 28mm lens throw. Iso 100 and apertures of f/10 and f/11 for sharpness. B+W 110 ND filter to allow for dragging the shutter and getting the cloud movement. Manfrotto old heavy aluminum tripod for support and a rubber band and a cigarette butt for bulb release. Developed with Lightroom, Nik Silver Efex, and gradient layers and masking with CS5. That's it. Thanks for stopping by and have a good one my friends and here's to better luck next time- Nate. 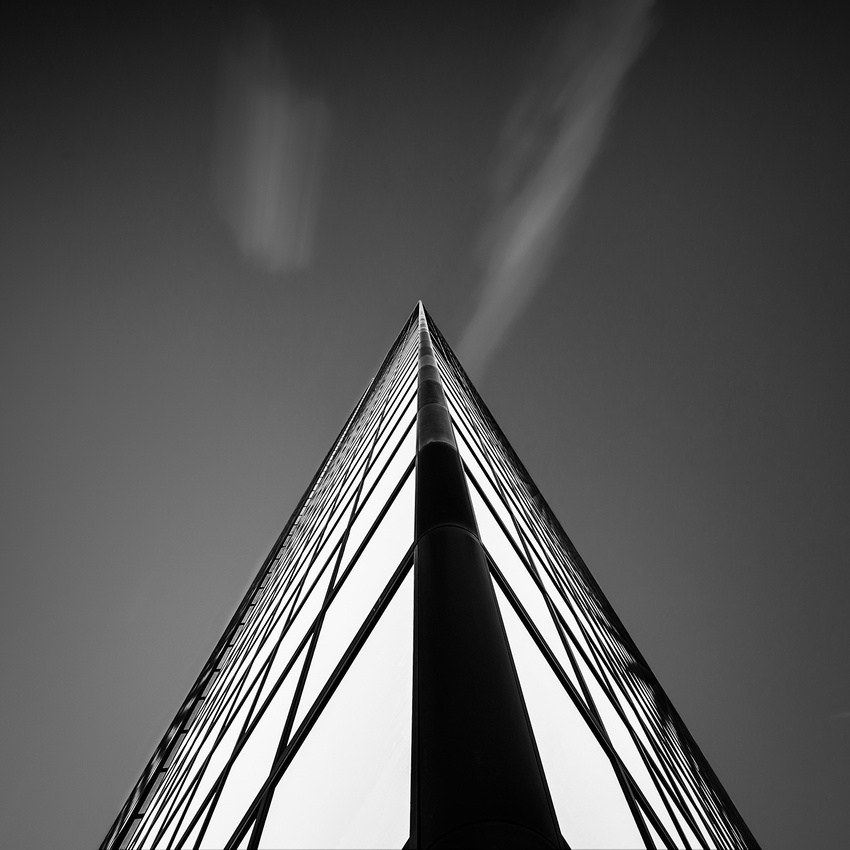