I love shooting snapshots with my Iphone and Hipstamatic which I raved about here: http://nateparkerphotography.com/blog/2012/8/why-phone-cameras-hipstamatic-and-instagram-etc-are-totally-awesome it really puts the fun back into funtography. Ouch.

Of course we're all going to go out tomorrow and set up our sticks and shine on our filters and say that we're going to make a really important picture, like along the lines of the Eisenstadt Times Square VJ day kiss or something like that, but I would submit (getting off the track here a little bit) that the most important images that we as photographers will produce will be the one's of our loved ones. It's our job as photographers to shoot pictures, but sometimes when we (more properly reads: "I") get into the super serious mindset of making only "fine-art" imagery- only "important" images then I don't make enough pictures- pictures for fun like. So that's where your super cool cell phone camera comes in- I mean these mobile phone cams are arguably if not definitely better then the first "pro" model digital cameras that were on the market 12 years ago, they're ridiculously good! And throw into it the super awesome apps that give you a look, whatever it is, which does a better job at developing or post processing your images then the guy at the one-hour-photo did, then we should all be firing off as many shots as we can with these things! No tripod- no filter cleaning, plugging in the shutter release- settings -focussing, none of that: just making photos for fun. I can't even begin to imagine how good these little cameras are going to be another ten years from now. Holograms, tactile reference points, smell, sound, 4 dimensions- will all be passe' by then! Embrace the now people! Before it's too late!

Oh and one more thing- there's never any sensor dust! Yeah!! Here's some of my favorites from a week ago when I went to Boston and the Cape and Martha's Vineyard to see family and my buddy Garsh for Thanksgiving. 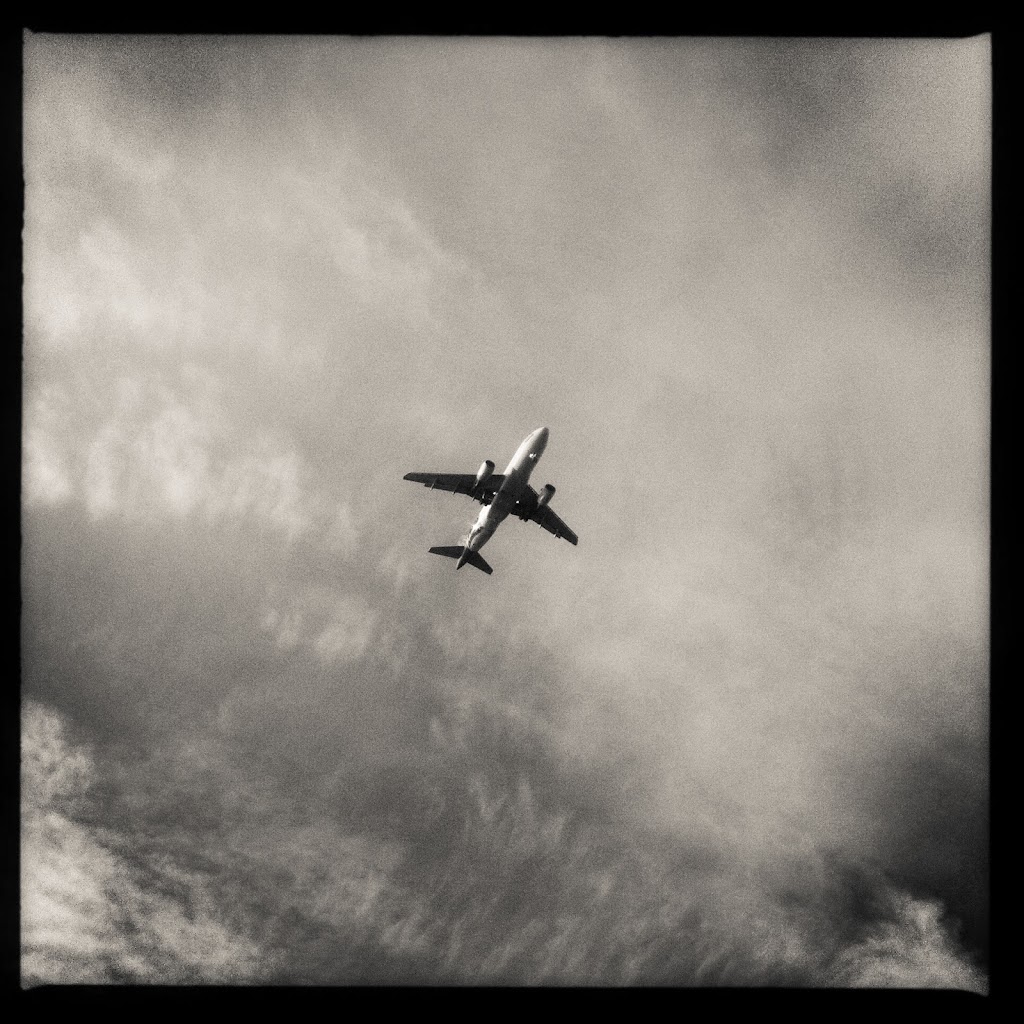 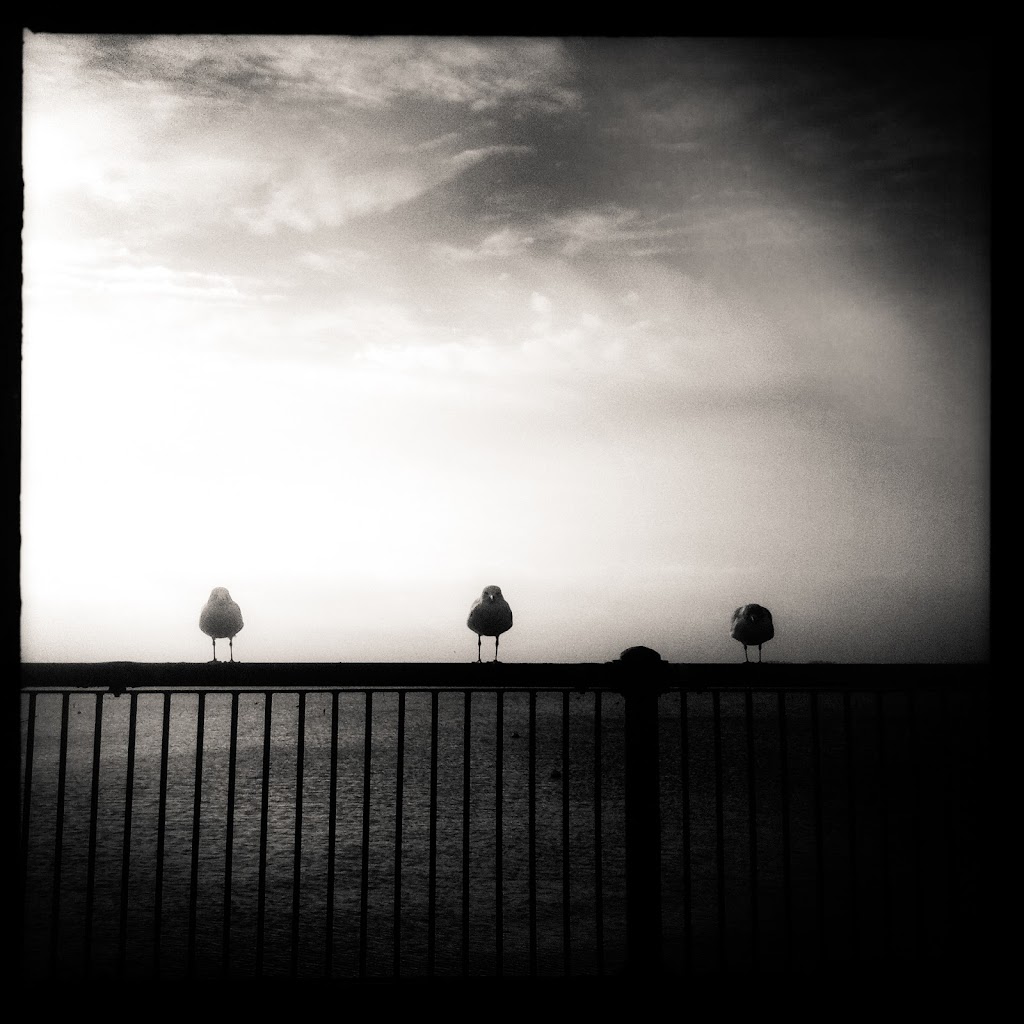 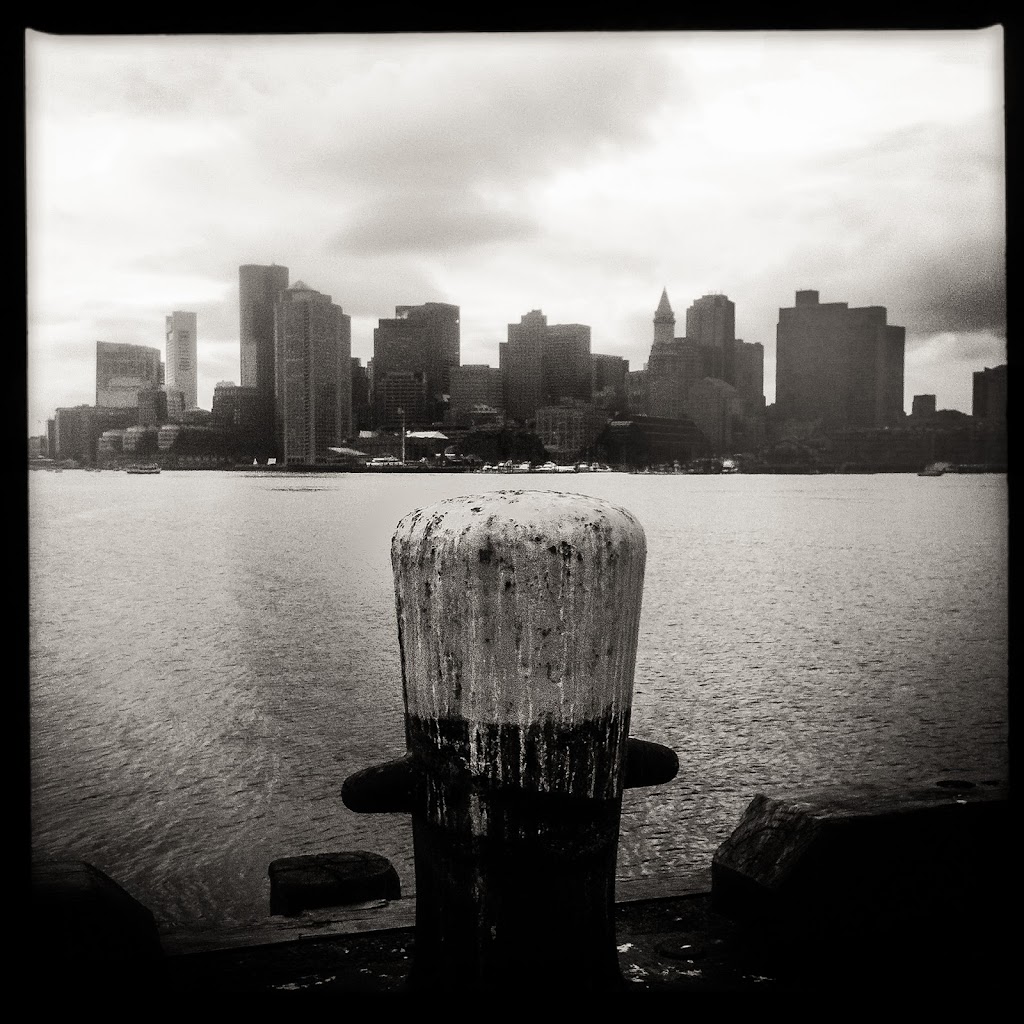 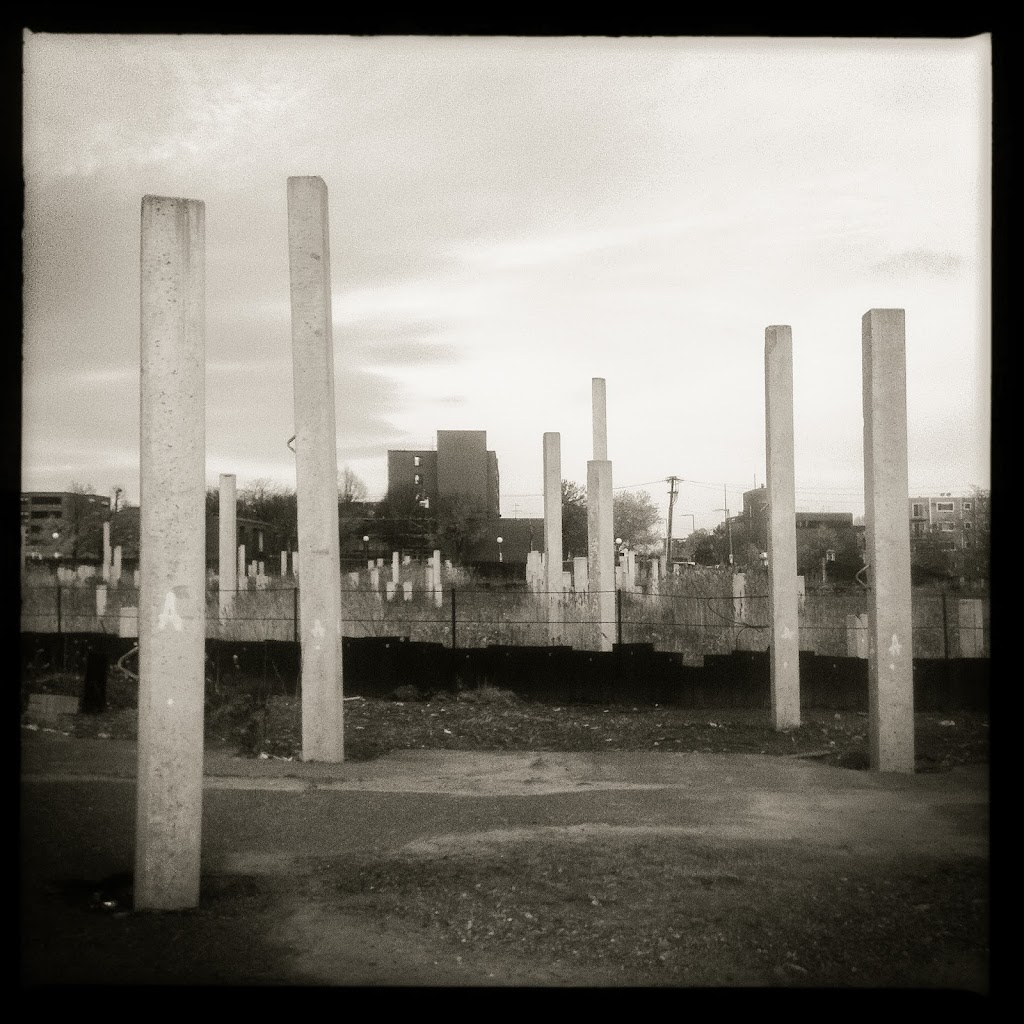 "A Weird East Boston Version of Stonehendge or Something?" 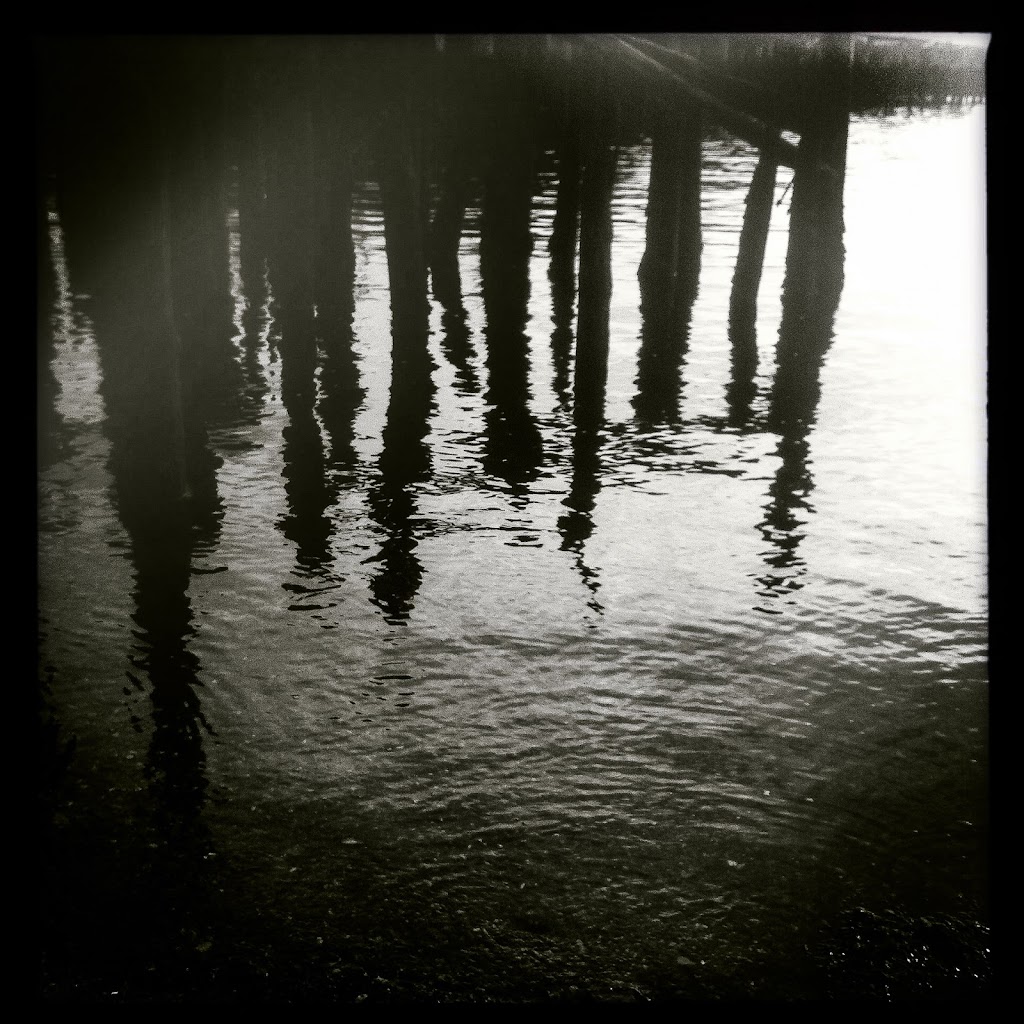 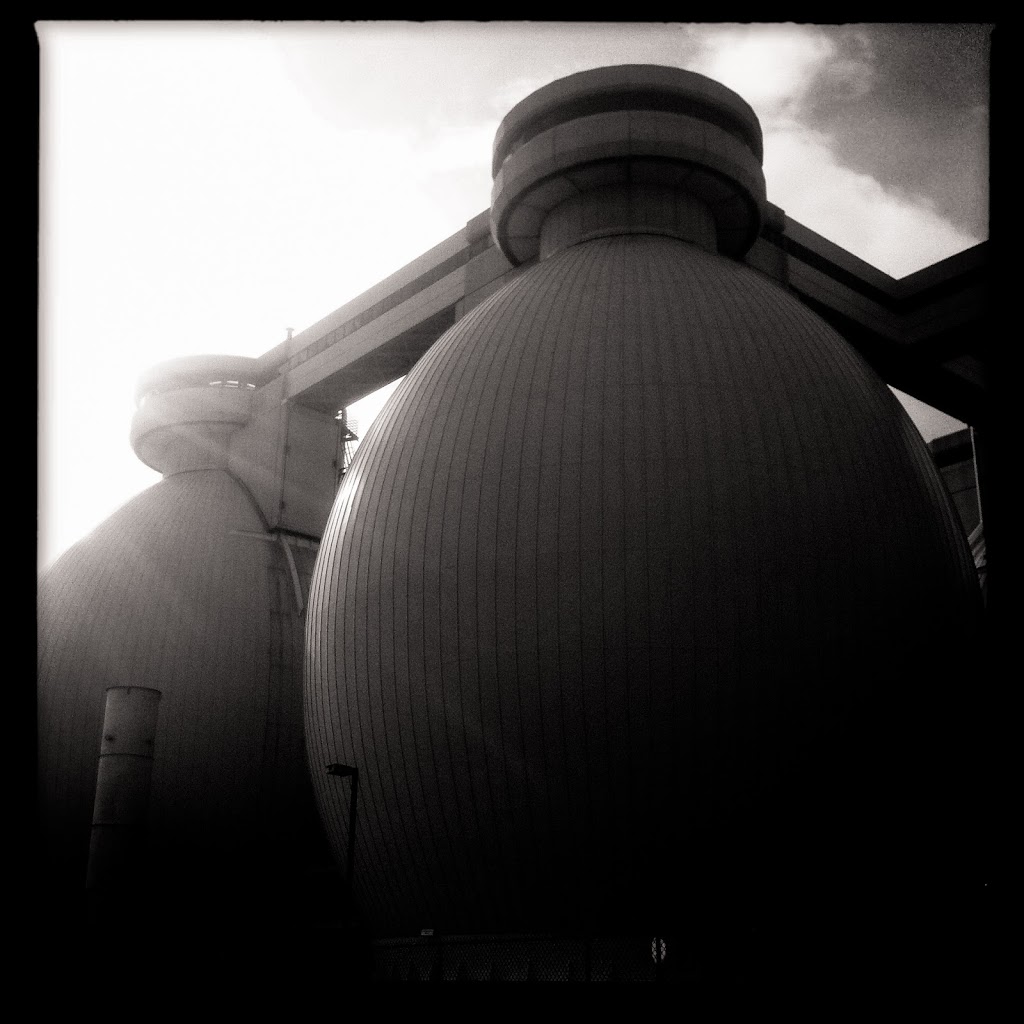 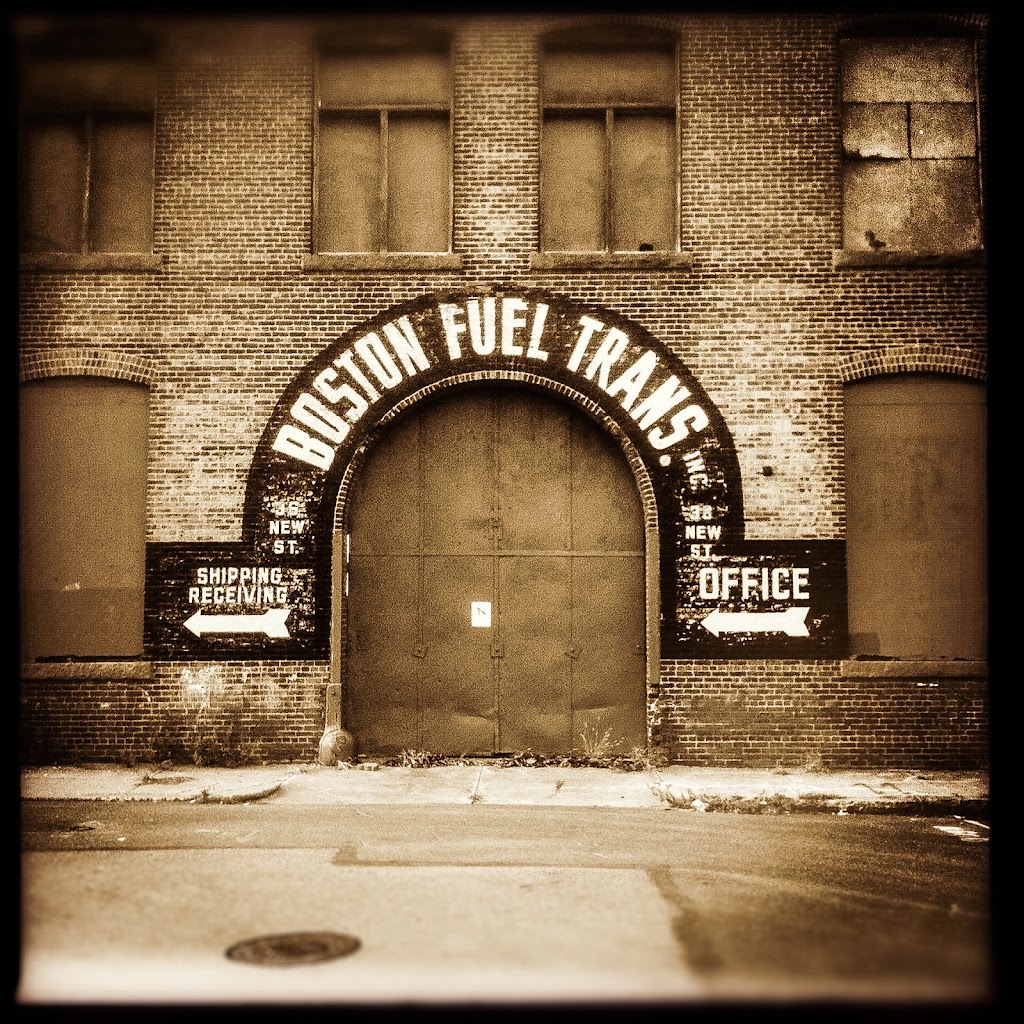 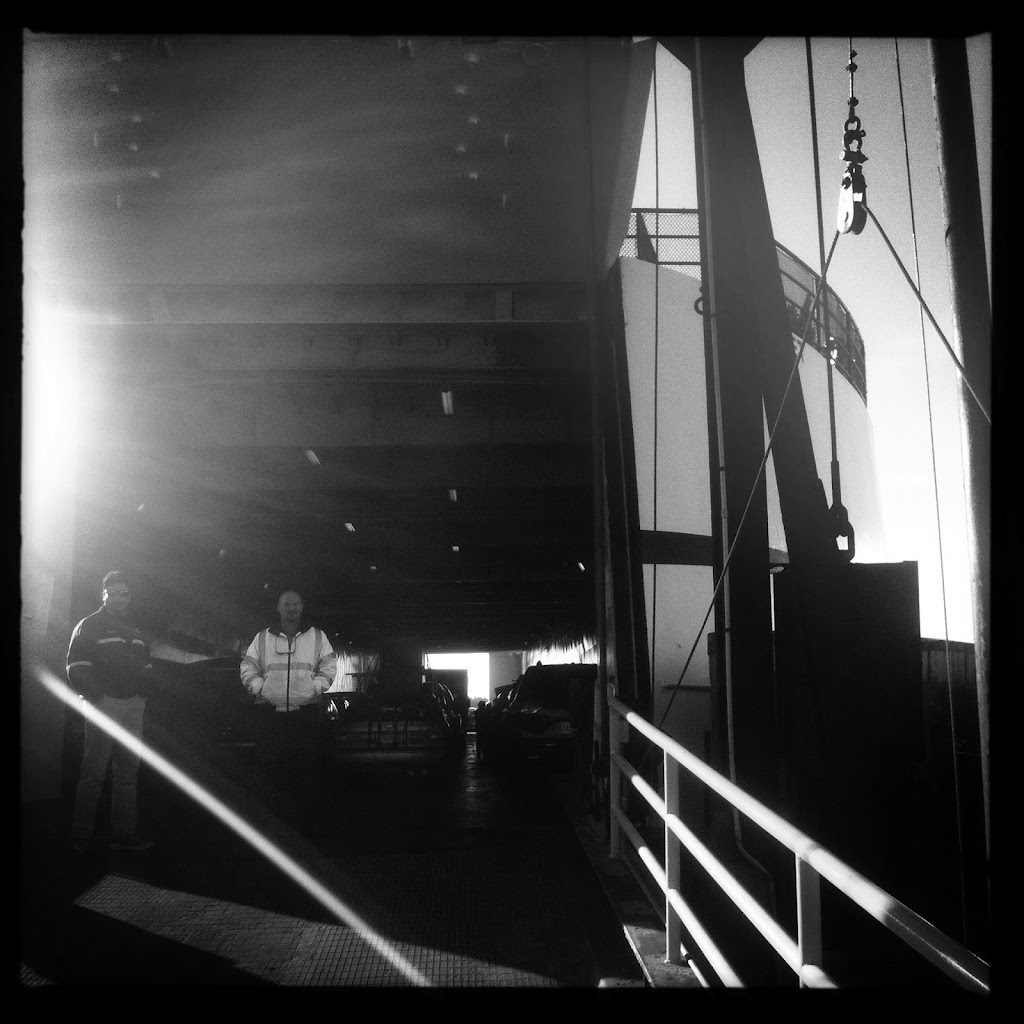 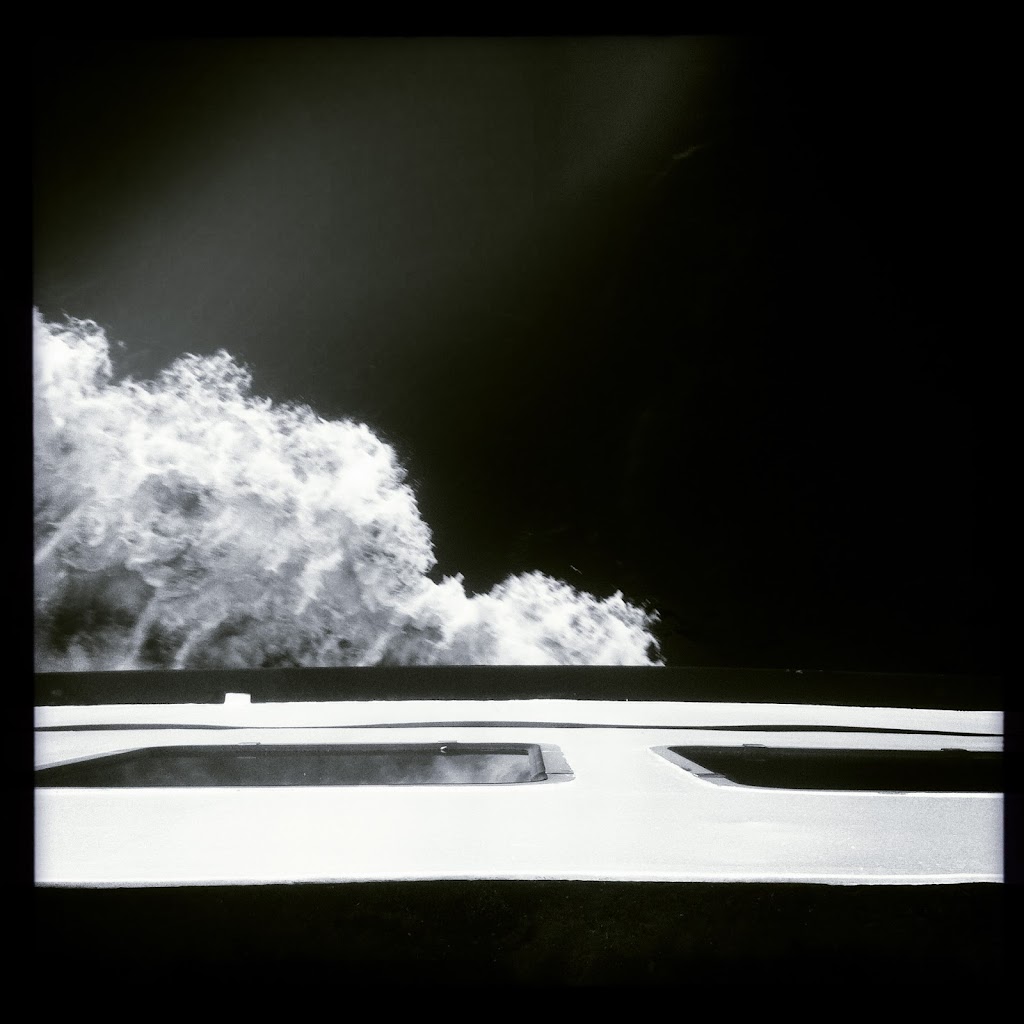 "My Buddy Fargarshio Is Like "I Can Do That."" 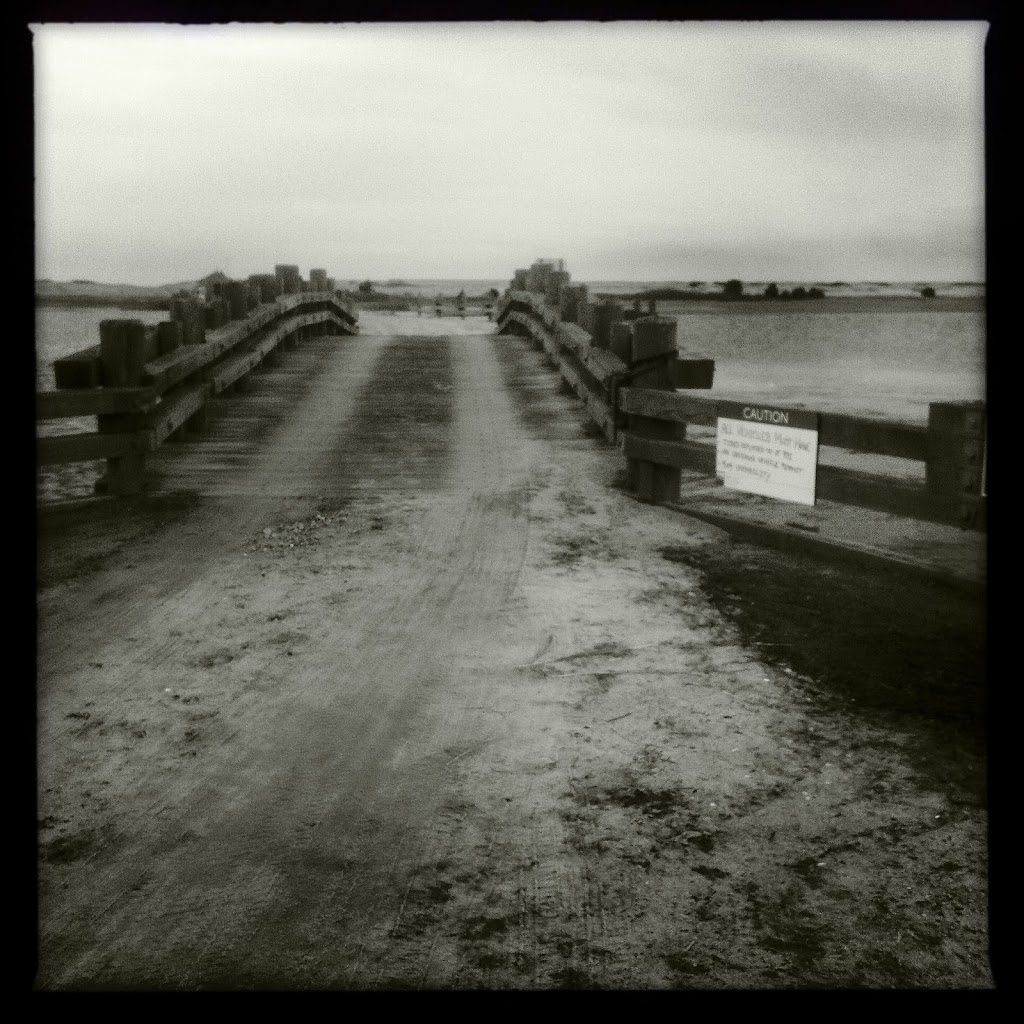 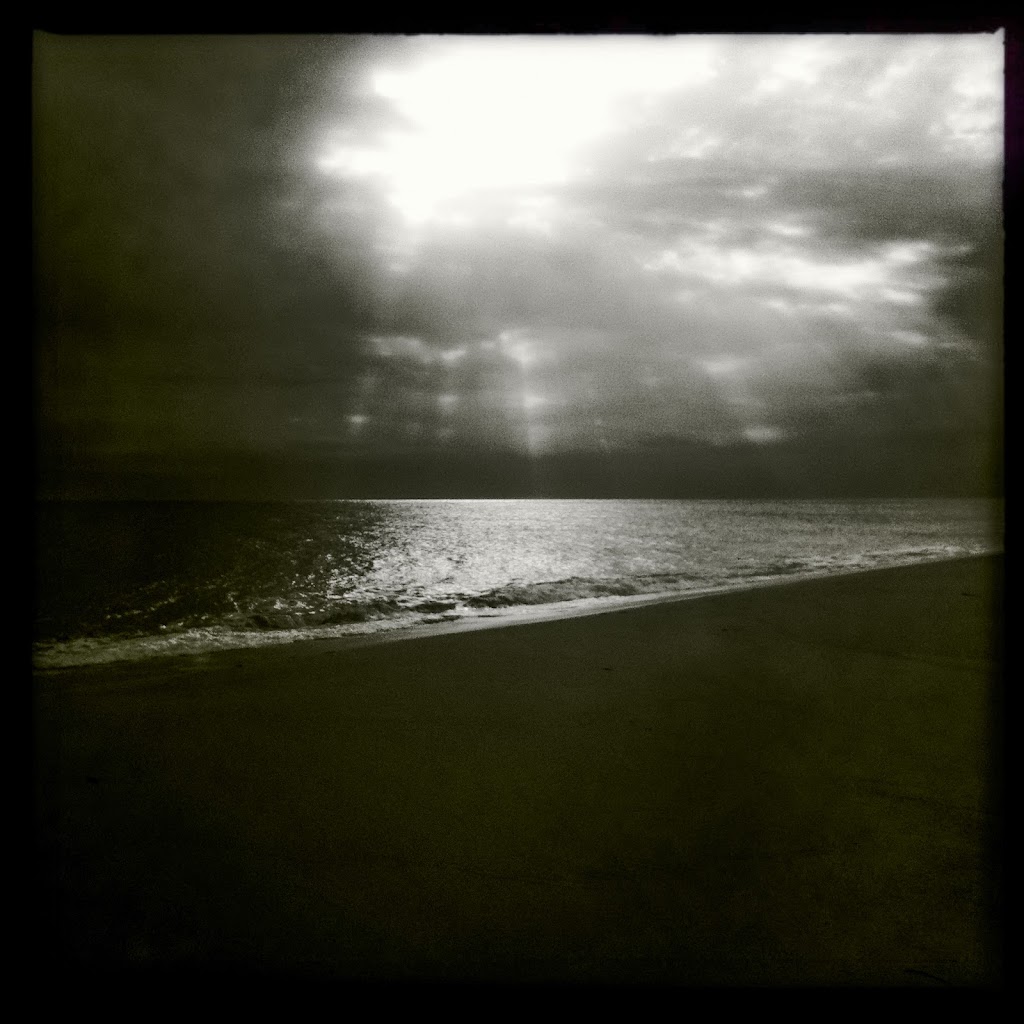 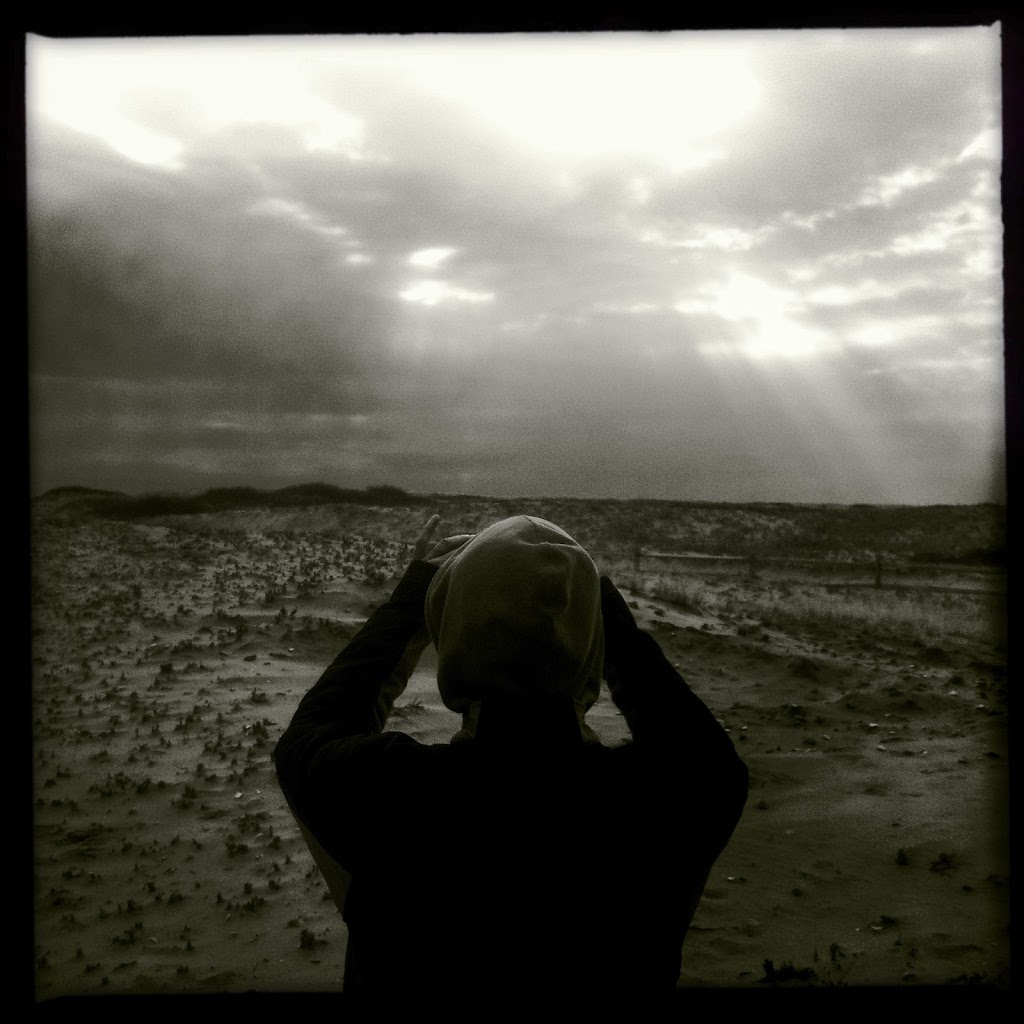 "My Buddy Fargarshio Making Like This Was All His Idea" 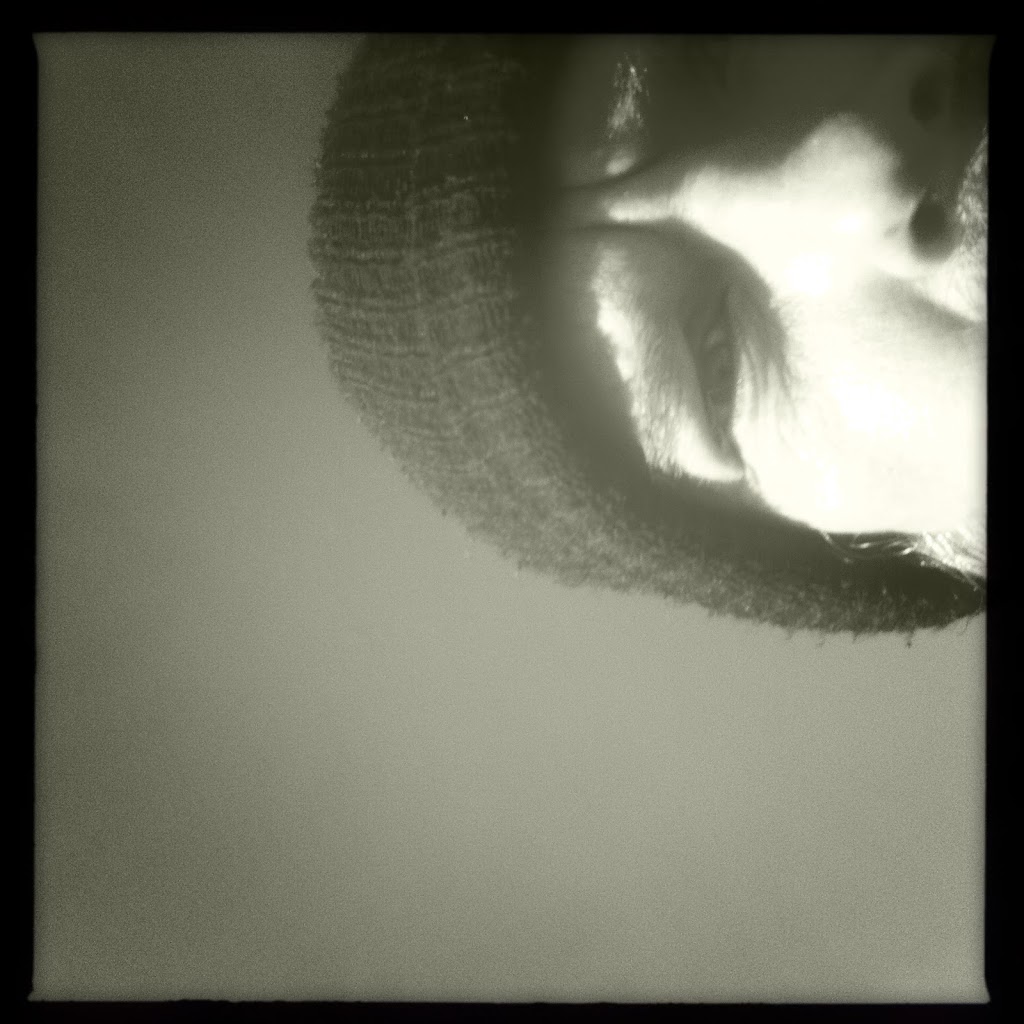 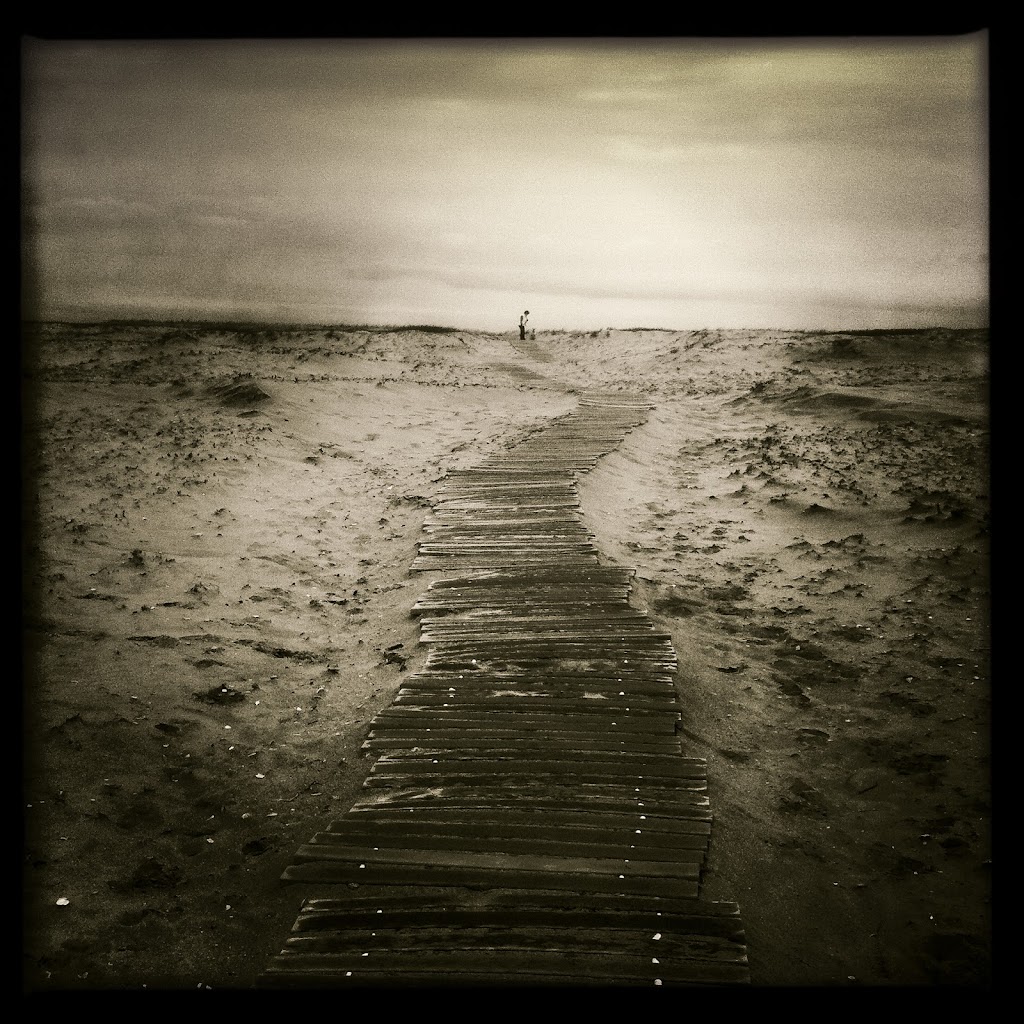 "Chappaquiddick Lady With Dog" Here's where this whole thing get's palpable because I set about making "real" images of this boardwalk with my "real" camera and the results weren't close to how much I like this shot- which is just about my favorite image of the whole week- ! Who's laughing now? And what does that expression mean anyway? 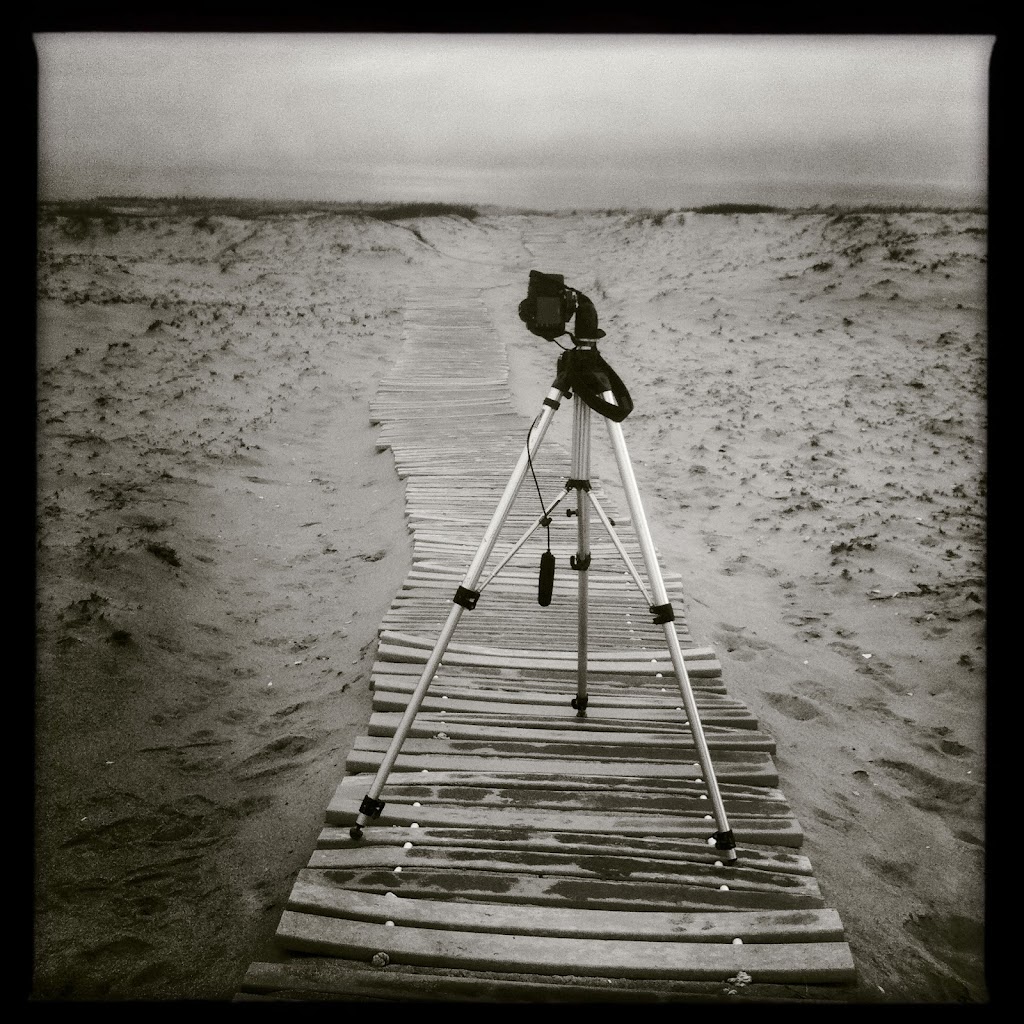 "I win the biggest and heaviest tripod contest" 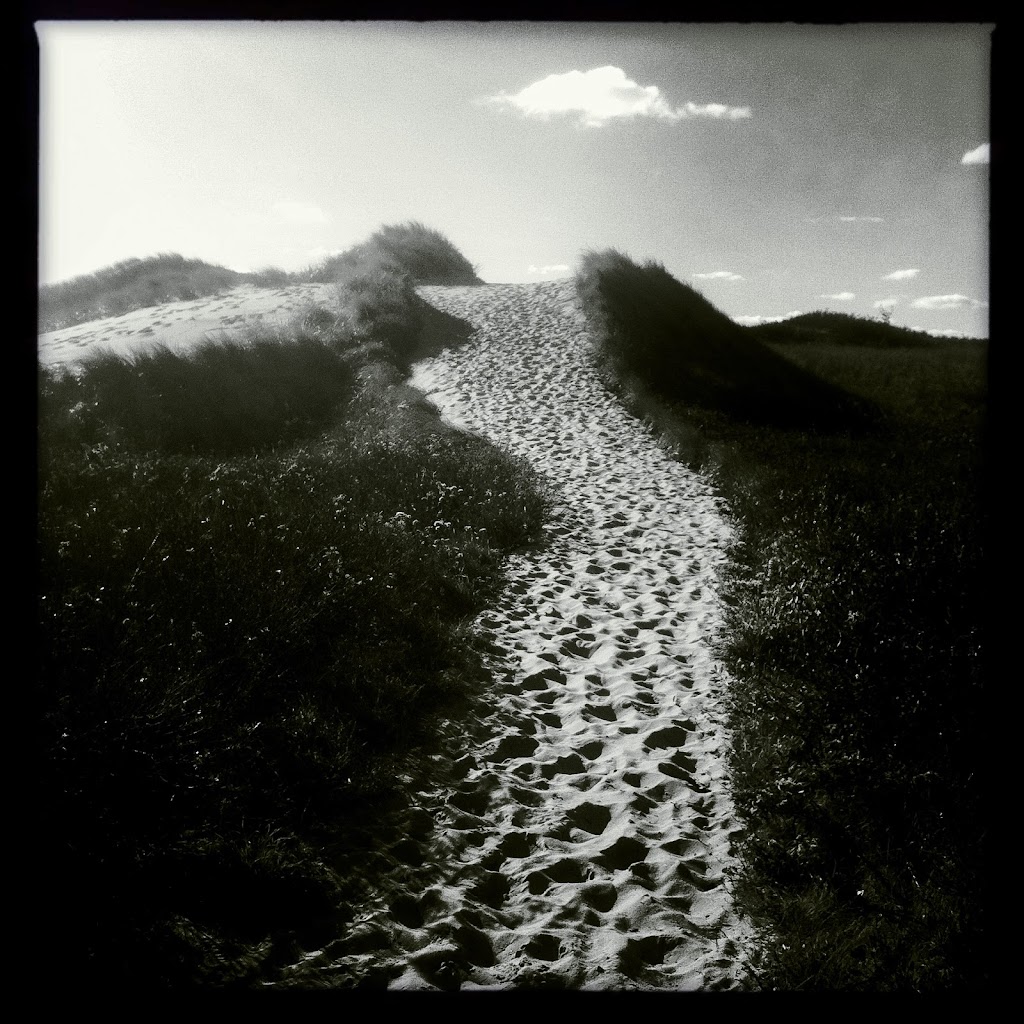 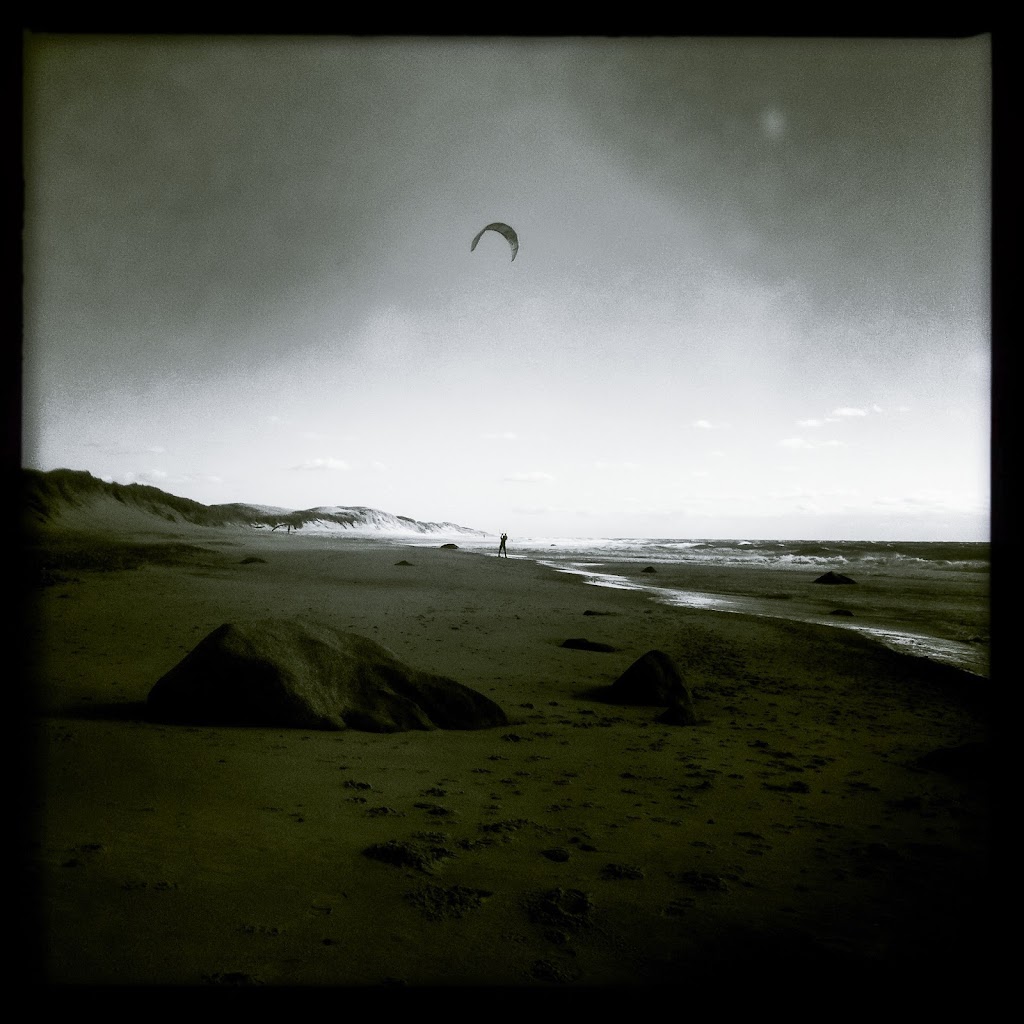 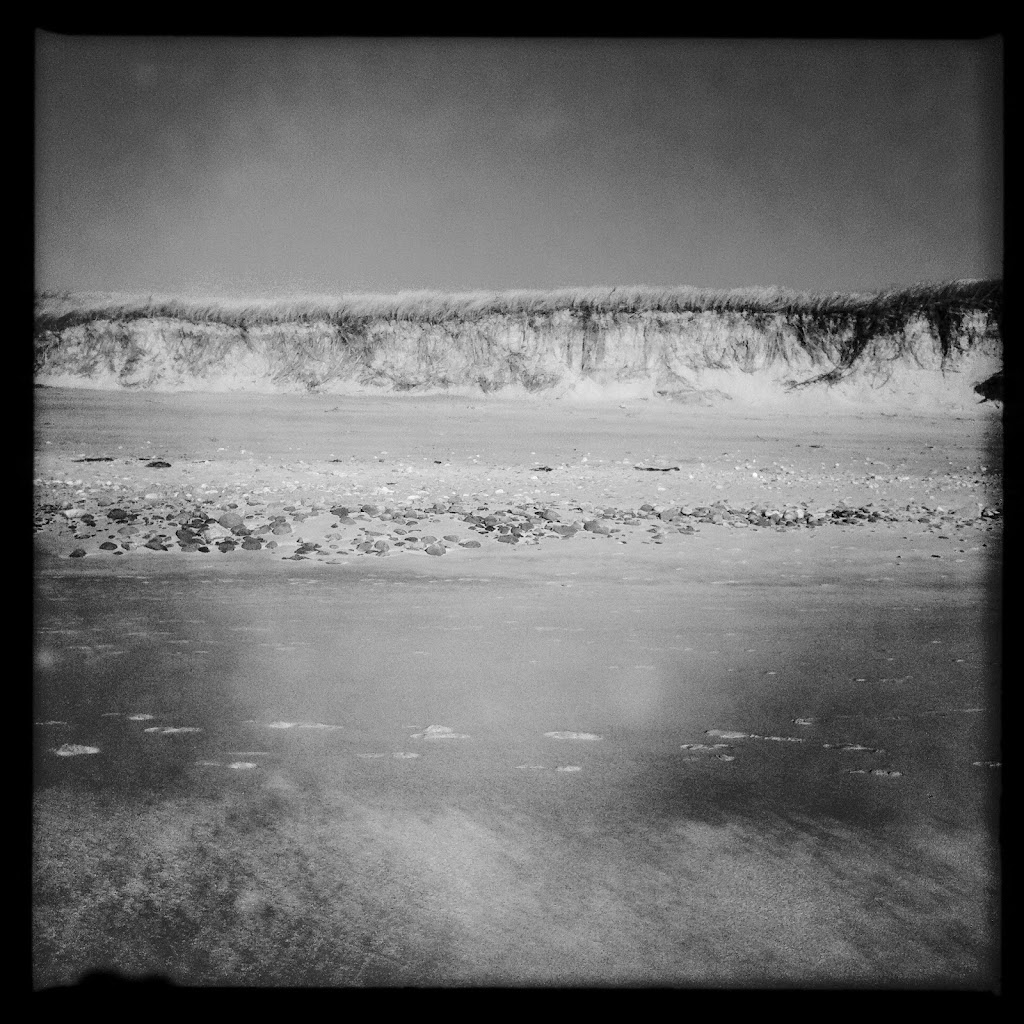 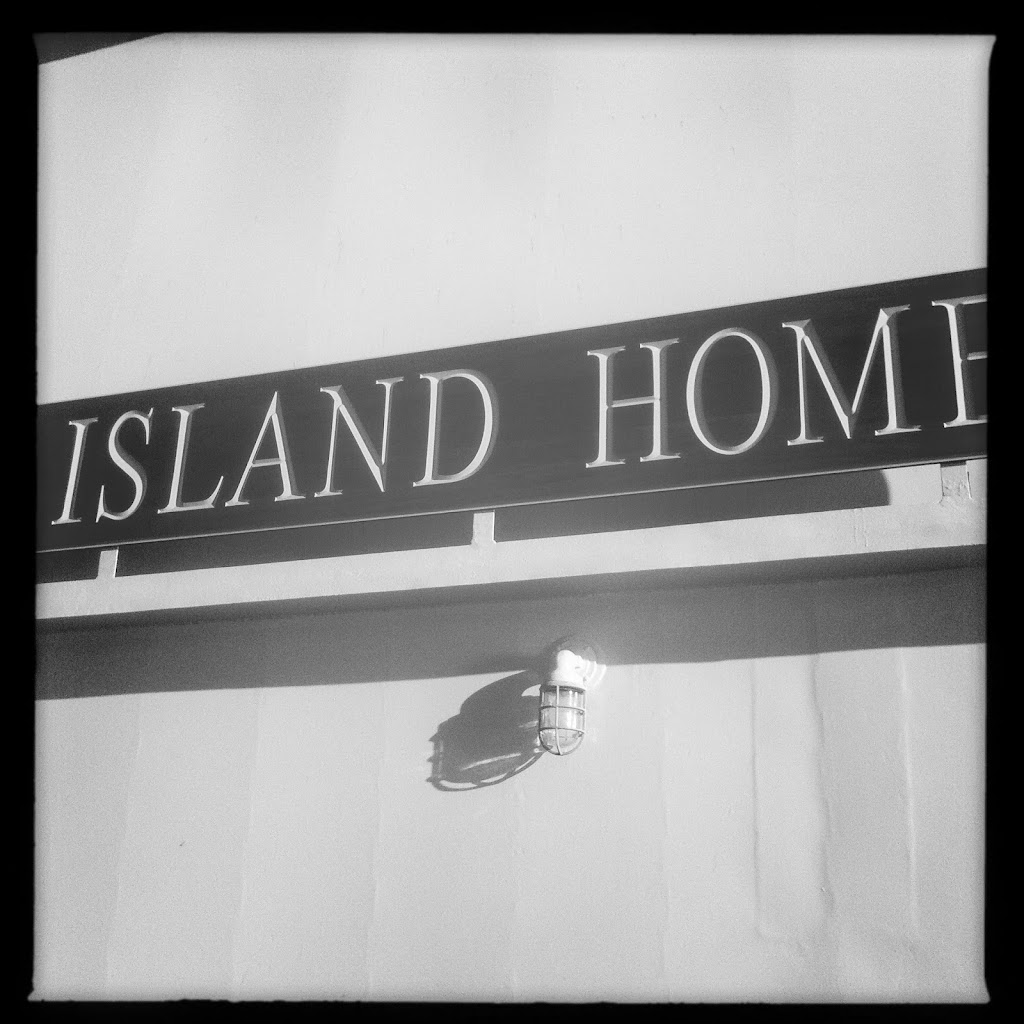 "Nameplate of The Ferry Home" 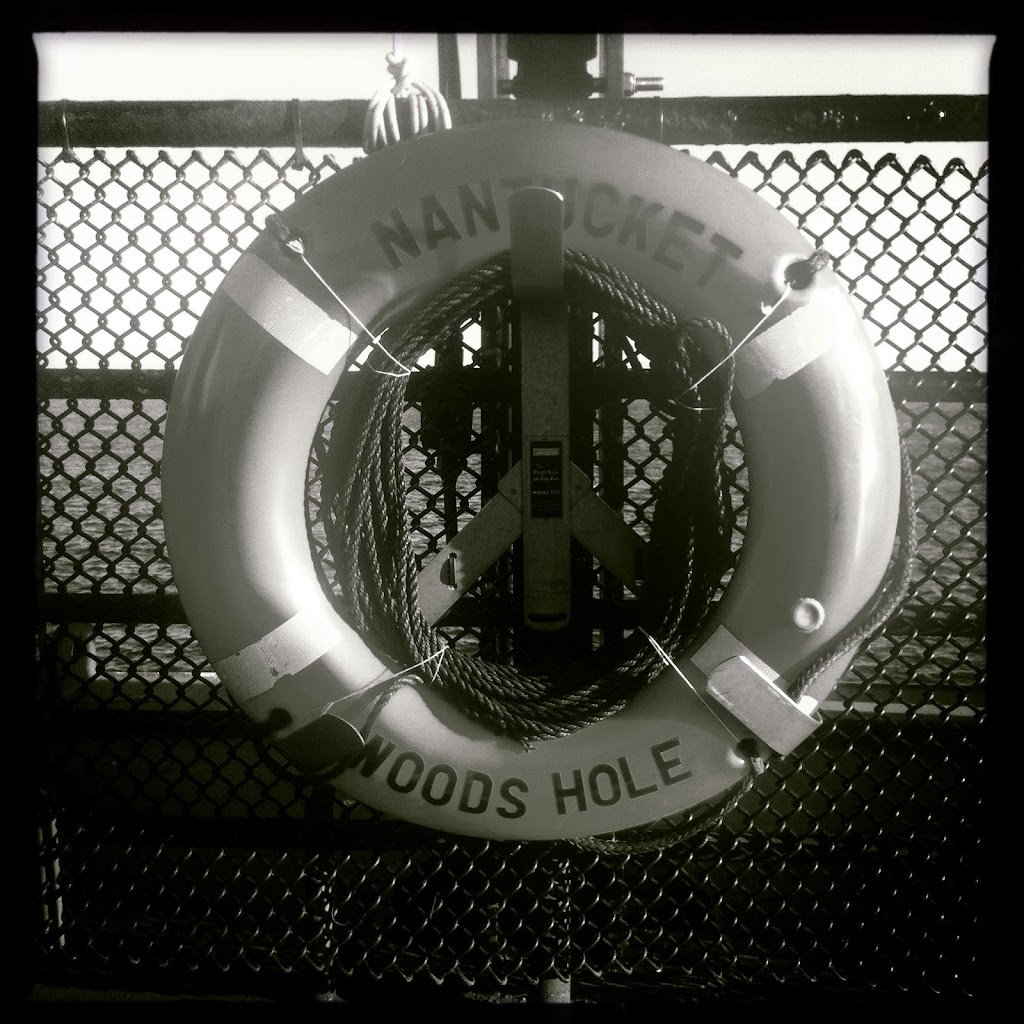 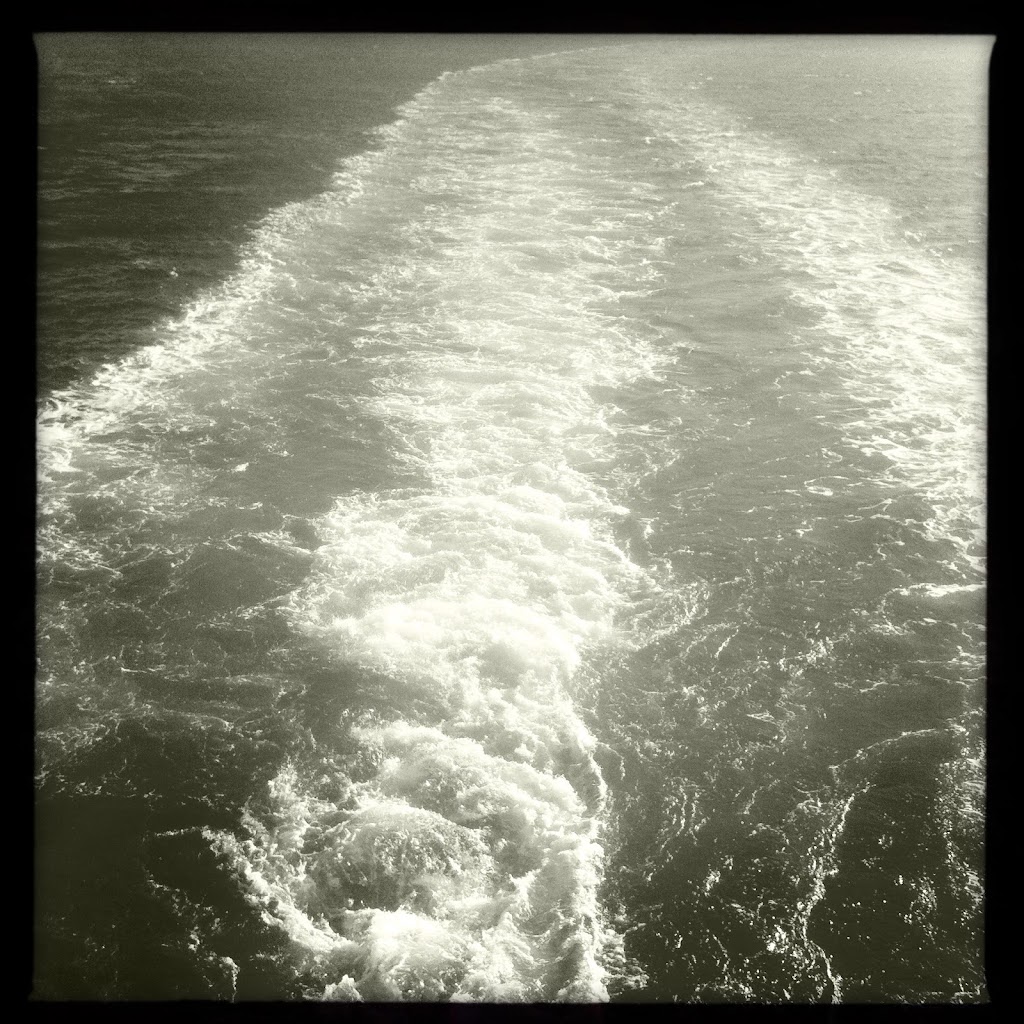 "Why Do They Call It A Wake Anyways" 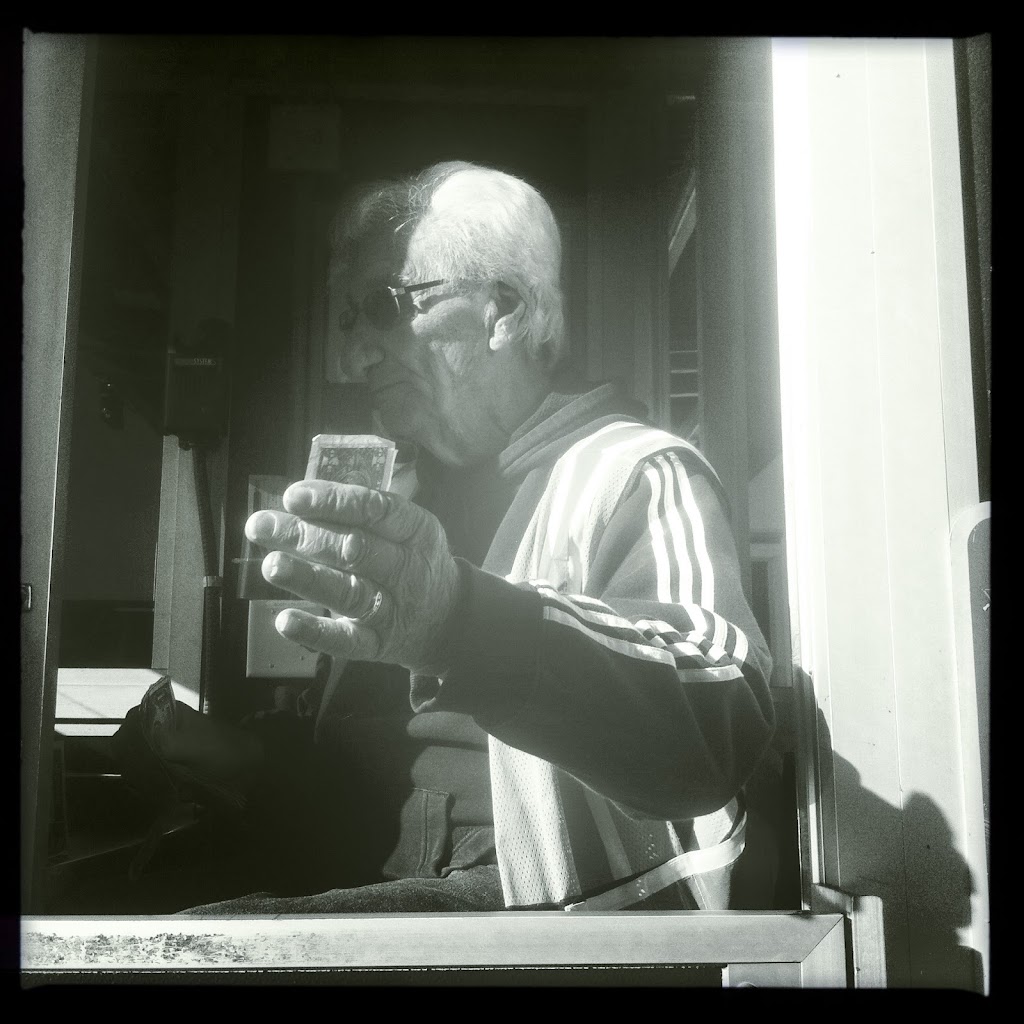 "Toll Booth Willy" -I've been making photograph's of the interesting looking toll booth takers on the interstate occasionally for the past few years, getting my monies worth and all, it's not really fair though- I mean I ask them before doing it but they are just sitting ducks there- not quite like the perfect decisive moment kind of street photography thing- but there sometimes are some pretty cool looking folk in those little boothies. 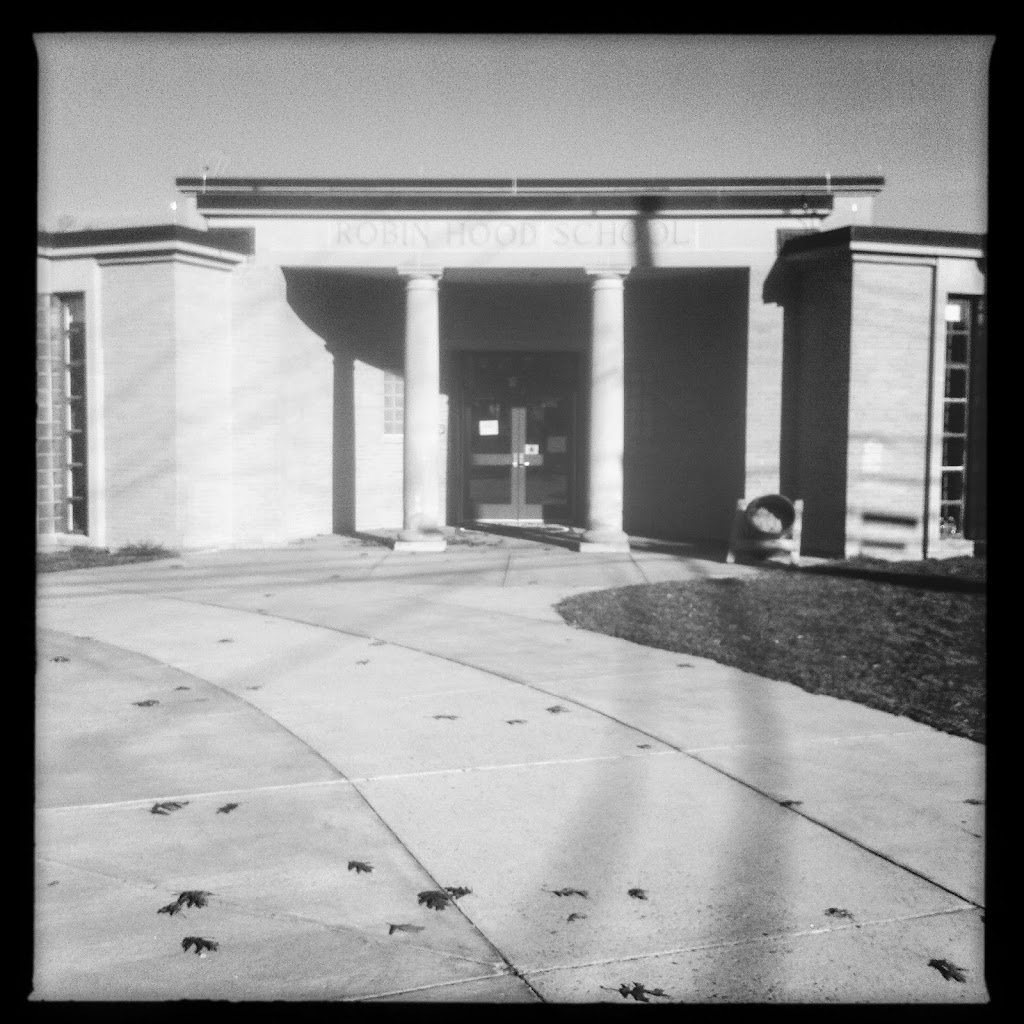 "The School I Grew Up In" -formative moments. 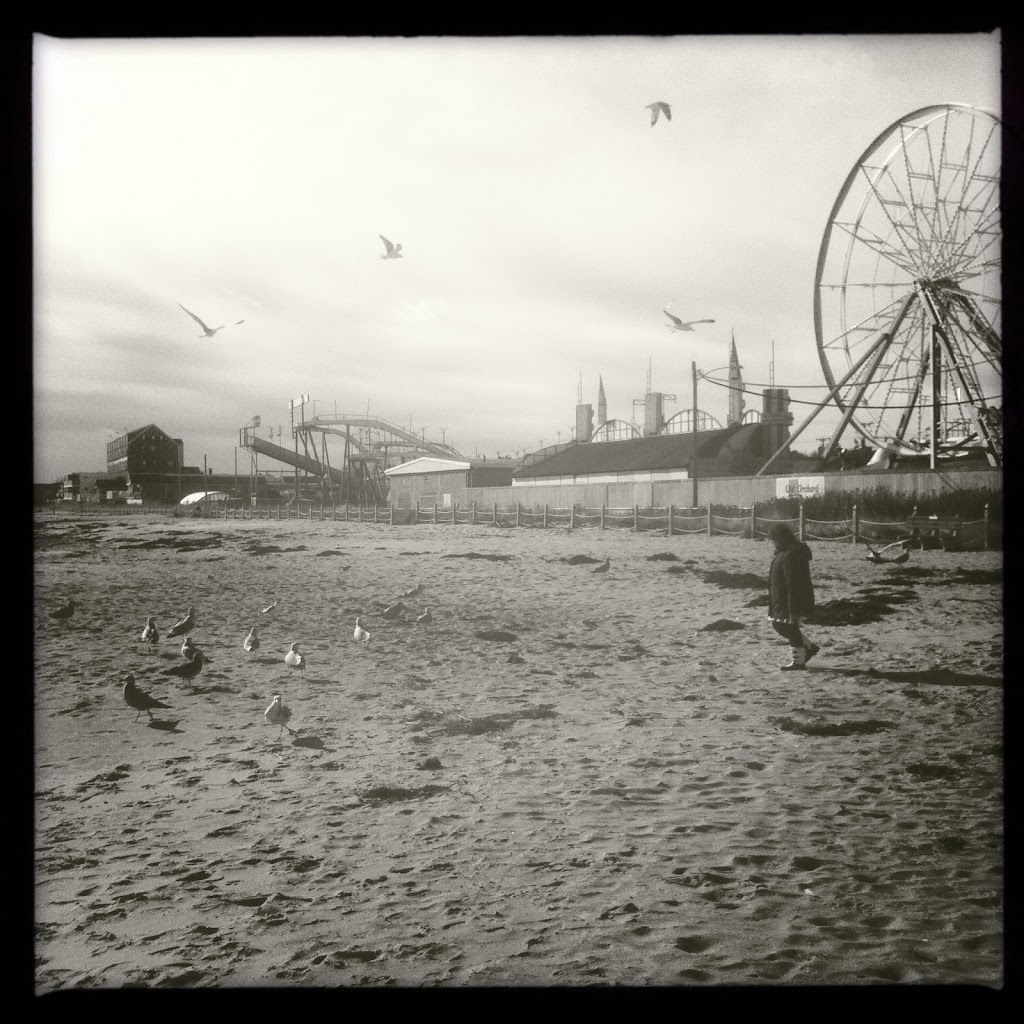 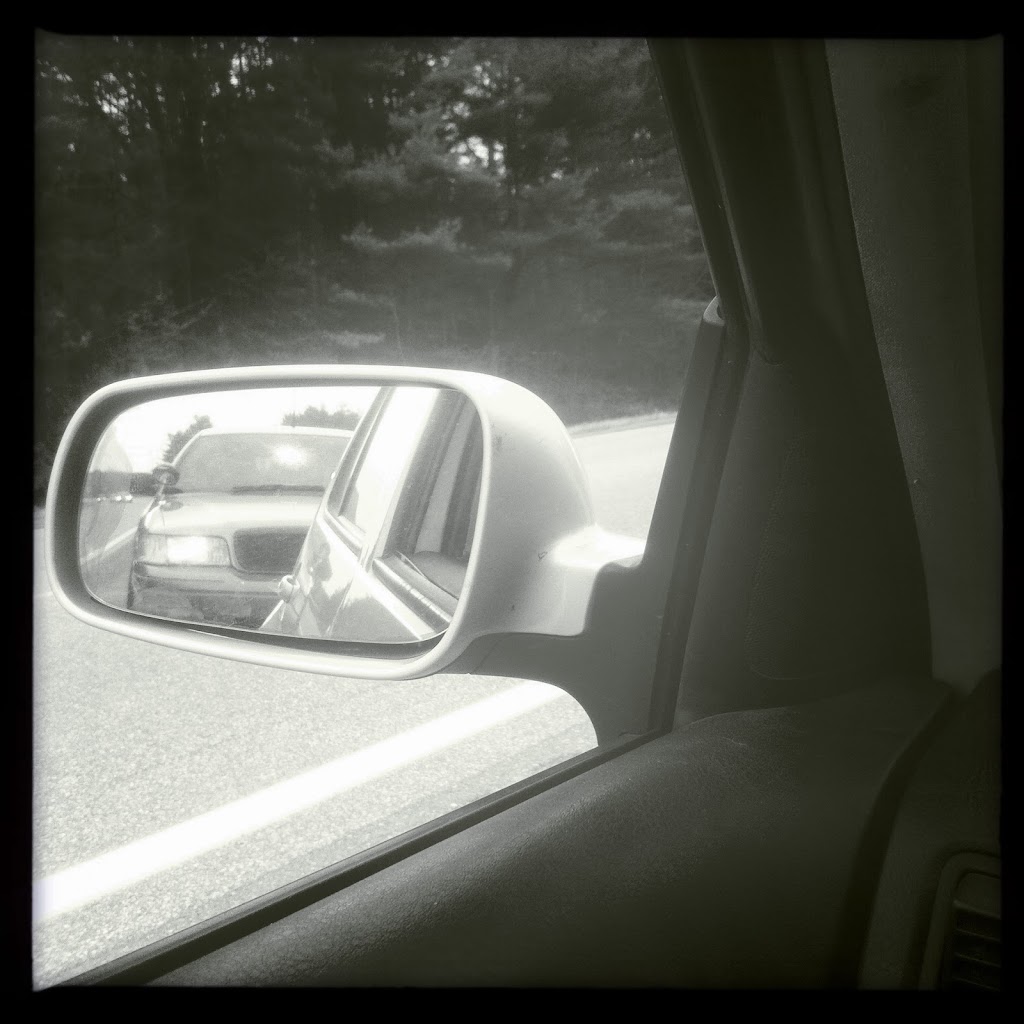 "You Do Not Want To See This In Your Rearview Mirror. Ever." And he wouldn't even let me make a picture of him! He laughed though after he said "No!" and I did too- there's that.

And there we have it. Here's another thing I just thought of: ego motive:: if you really like one of your cell phone pictures then someone else says it's sucks- you just say "hey man, it's just an Iphone picture"! Yeah! That one's for free.

I almost feel like my work is done for this year. That I should just let brown-stick-season be and wait for winter to come and feel good about what I've made this year and not stress about finding and making my next "serious" picture. Maybe I'll go to Bangor and shoot the local color there or something for fun (which could be really pretty interesting!...), or go shoot more of the old abandoned military bases scattered around Maine. The whole time though I won't be far from my Hipstamatic and the Claunch 72 monochrome "film"- love that!

How do you guys use your phone camera's and do you think that important imagery can be made on a cell phone camera? Comment me your opinions if you got one-

Have a good one and thanks for stopping by -Nate!

메이저사이트(non-registered)
No doubt this is an excellent post I got a lot of knowledge after reading good luck. Theme of blog is excellent there is almost everything to read, Brilliant post.
CryptoFruits(non-registered)
You made such an interesting piece to read, giving every subject enlightenment for us to gain knowledge. Thanks for sharing the such information with us to read this...
借貸(non-registered)
I think this is an informative post and it is very useful and knowledgeable. therefore, I would like to thank you for the efforts you have made in writing this article.
free interior design courses(non-registered)
How to become an Interior Designer: The first step is to decide what type of design you want to specialize in. Do you want to design residential spaces, or commercial ones? Maybe you’re interested in sustainable design, or historic preservation. Once you’ve decided on a focus, the next step is to get some experience under your belt. You can do this by interning with a design firm, or working as a assistant designer. This will give you a chance to learn the ropes and see if this is the right career for you. If you find that you love it, then the next step is to get a degree in interior design from an accredited school. After graduation, you’ll be ready to start your own firm or work for an established one. With hard work and dedication, you can build a successful career as an interior designer.
дигитален маркетинг(non-registered)
Дигиталният маркетинг е процес на използване на онлайн канали за популяризиране и продажба на продукти или услуги. Той включва създаване на маркетингова стратегия, която отчита специфичните нужди на целевата аудитория, и след това използване на цифрови инструменти за достигане до тези клиенти. Това може да включва всичко - от създаване на уебсайт до разработване на целеви реклами и управление на акаунти в социалните медии. Целта на дигиталния маркетинг е да достигне до потенциалните клиенти там, където те прекарват времето си онлайн, и след това да ги превърне в платежоспособни клиенти. За да бъдат успешни, предприятията трябва да инвестират в цялостна стратегия за цифров маркетинг, която да отчита всички тези фактори. С правилния подход дигиталният маркетинг може да бъде ефективен начин за достигане до нови клиенти и за развитие на бизнеса.
No comments posted.
Loading...
Subscribe
RSS
Recent Posts
Update Summer 2015 iPhone beat me at my own game- Dream Job: Photographing a Lexus ad in the deep of winter in Maine Update: got married, shooting flash, and snow on the ground. The 26 hour day- Triptychs and diptychs oh my! On maintaining creative momentum, or How I learned to stop worrying and love the process Revisiting old processes reaching for new results. Cape Cod before's and after's's's's... On Breaking the Rules= Don't Always Show Your Best Work?
Keywords
maine acadia national park photography have a nice day nate parker photography black and white acadia national park acadia bar harbor maine photography canon
Archive
January February March April May June July August September October November December
© Nate Parker Photography
Powered by ZENFOLIO User Agreement
Cancel
Continue