This stuff was on my timeline in Premiere Pro while away on the big trip to the left coast- figured I'd put it up for your consumption. There were some pretty mean waves that day- these shots don't do them justice. And I really didn't get hardly anything photographically out of the day- I should have made video my focus in the end me thinks. I really was dying for an 24-70 that day as I was using the 17-40 but usually wanted a little more reach and my 100 was in the bag and I did use it for a while but changing lenses that day in 40 knot winds and lashing rain would always be a bad thing. My approach was to show up early for low tide and see what was happening at 06:30 am with sunrise at 07:00 and that is the last long color clip in the video- really awesome waves that were booming from behind the tree line and when you saw them they were easily an impressive 15 feet on average with the occasional house sized 25+ footer that would roll in and sweep all the previous waves out to sea like a bouncer clearing a rowdy bar! Right then- so I set up initially on a bluff overlooking Monument Cove from the south side of it, there the cliff has a great vantage point down to the beach below it but is high enough up and somewhat set off the breaking waves to feel safe enough to deploy tripod and gear. I made hundreds of images in various shutter speeds from .3 sec to 110 seconds or so and I did get a few that I like enough, but like I said earlier I didn't get what I really wanted and therefore would have been more effective just shooting vid- here's the the shots of the day in my opinion from local shooter David Patterson which are just off-the-hook great: http://storiesfromhome.wordpress.com/2012/10/30/sandy-kisses-acadia/

Go check out the rest they're excellent! Anyways- so the conditions that day were anything from whipping sea mist in 40 knot winds to pounding downpours where the rain was bouncing off the ground 2 inches because it was raining so hard with thunder and lightning and more whipping winds so shooting was a real chore. In the winds I felt ok about letting my kit out in the elements but in a downpour I had a zip lock baggie over the lens and body with the lens hood holding it on. I did try to use the camera sealed up in the bag but that was utterly ridiculous and couldn't hope to have dependable results that way- but with the zip open and being able to access the controls the only real consideration then was keeping the UV filter clean of water drops and fog- that day I had the UV filter on for sure, I usually will forego a UV filter on the 17-40 and use a lens hood instead to protect the lens but the filter makes a weather seal that would have otherwise sucked in seawater and rain when zooming and focussing into the lens barrel and into the camera itself so when there's weather I'll definitely have that jobby on. However with another filter stacked on top of it like I used my B+W 110 for some LE's then there is definitely vignetting at wide zoom ranges, but on a day like that- vignetting was my last concern! Weather is my favorite thing as a photographer and as an inhabitant of earth but wind is my least favorite kind of weather! Whatever- here's to storms, but not the kind that hurt people!

I shot early for a few hours then went home to dry up and have blood warming beverages then went back out at about noon:30 for high-tide and then it was really kicking! The Bar Harbor Harbormaster http://me.usharbors.com/harbor-listing/bar-harbor-harbormaster had told me previously to the storm that the most dramatic wave conditions would be at approximately low tide due to the shape of the beach that the waves would be breaking on then- but I  found the waves at high tide to be truly thrilling to the point of occasionally nearly terrifying when the mean sea level was 13 feet higher than it was at 06:30. Really there were house sized waves that would come in every 6 minutes or so that would just shake the earth when they broke- awesome stuff! There weren't many people out but there were a few -mostly photographers probably and nobody was seemingly doing anything stupid or life threatening, and to their credit: a ranger did approach me at one point and said that nobody was going to come fish me out of the ocean if I got washed in there for at least 30 minutes- whereby I replied that my whole family has been Coasties and that I was as aware as I could be about the conditions and that it would be my greatest embarrassment if I did get foundered! And so maybe that's why I didn't get any wicked good shots that day- I was totally preoccupied with my safety and was constantly looking over my shoulder and more than anything was just really appreciating the conditions and digging watching the impossibly huge waves. 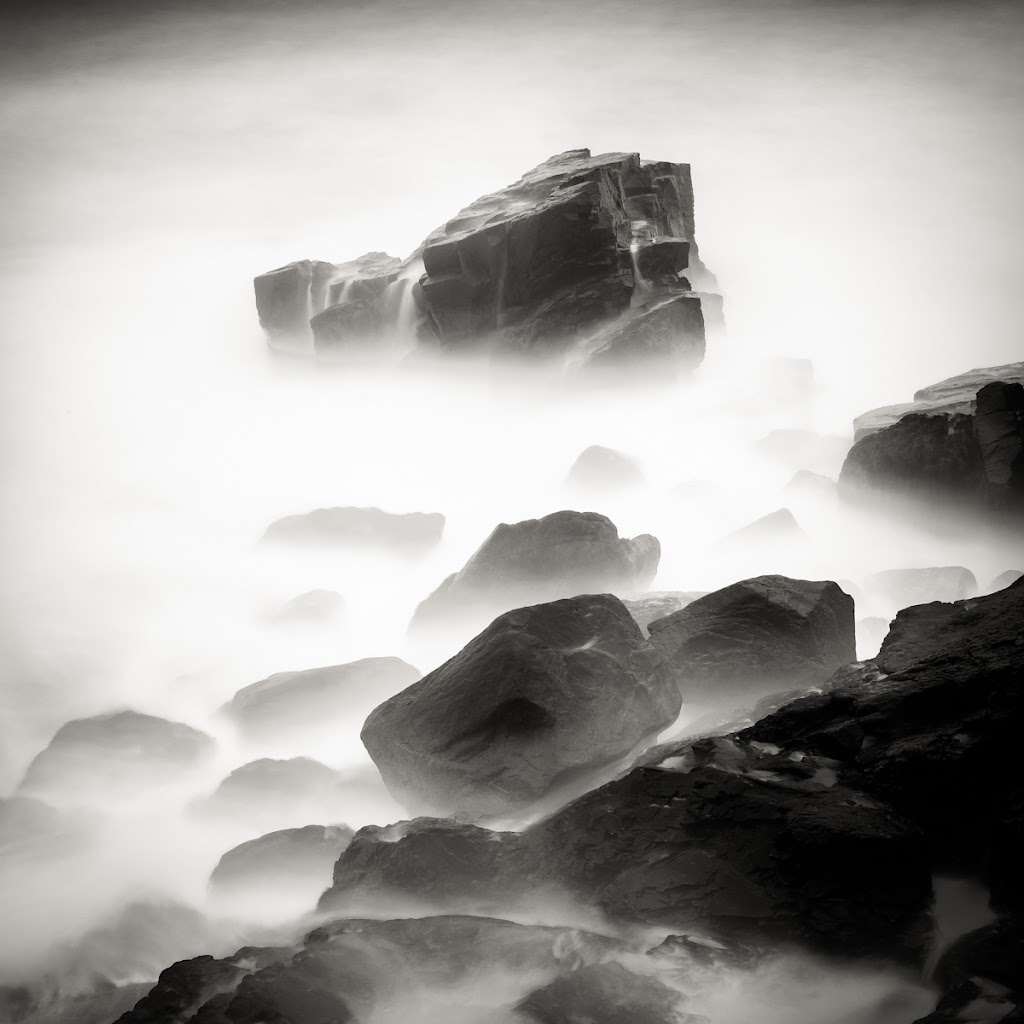 Until next time, have a good one- Nate.

Also if all of the above has been real boring for anybody- here's a picture of my cat: 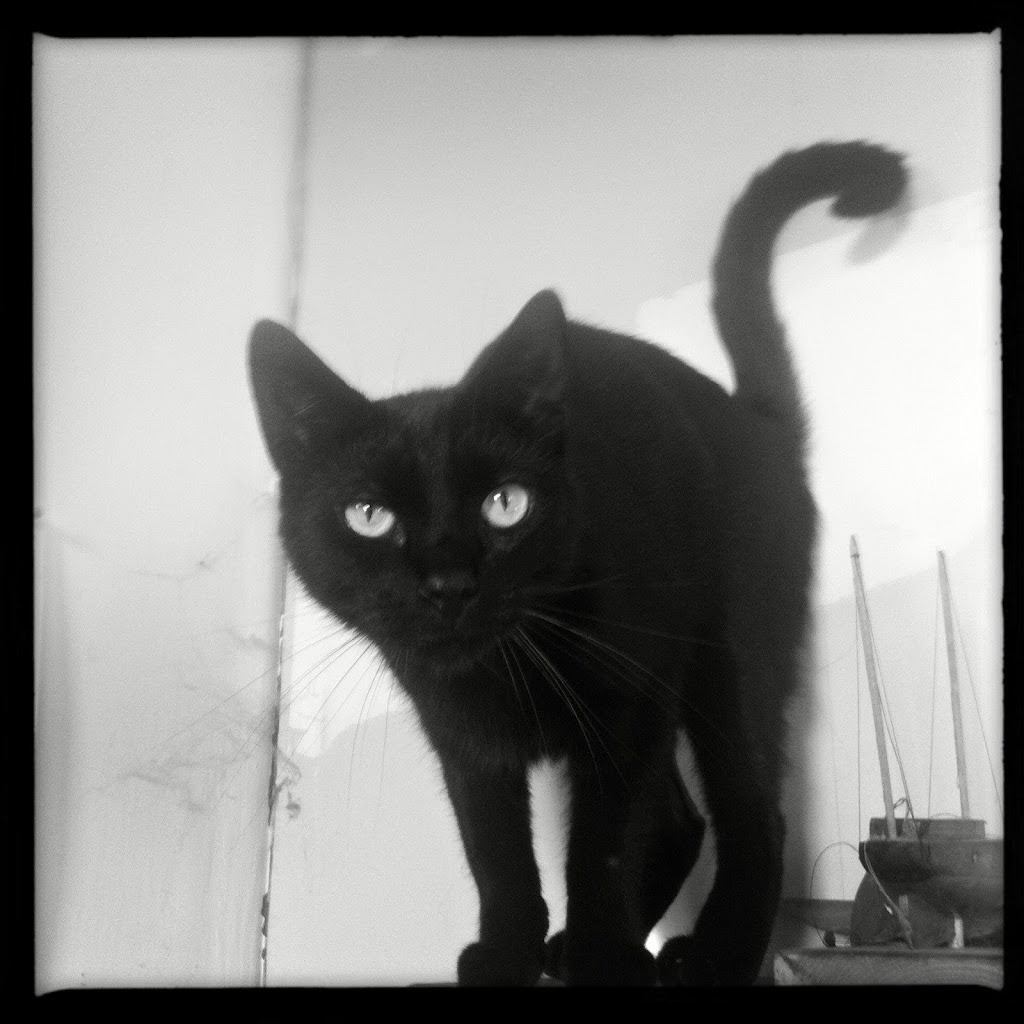 David Patterson(non-registered)
Nate... thanks for the shout out from my favorite landscape photographer! As always, love those long exposures. Sandy was indeed impressive, and although I was looking for something special, I did like you did and made sure I was safe. Some of those late morning waves were immense, and you gotta know when to step back and respect the power of the ocean. Bought me one of those $5 plastic camera baggie things just for a day like that, and it worked like a charm. Kept the camera and lens dry-ish, though I can't say the same for me. Worth it though to see such an awe-some display.
Tami(non-registered)
Gorgeous images. We spent a week in Maine in early October and your photos reminded me of our wonderful time in Acadia. So glad to find your site.
J. Martin(non-registered)
excellent set of photos... I can taste the salty sea spray!
No comments posted.
Loading...
Subscribe
RSS
Recent Posts
Update Summer 2015 iPhone beat me at my own game- Dream Job: Photographing a Lexus ad in the deep of winter in Maine Update: got married, shooting flash, and snow on the ground. The 26 hour day- Triptychs and diptychs oh my! On maintaining creative momentum, or How I learned to stop worrying and love the process Revisiting old processes reaching for new results. Cape Cod before's and after's's's's... On Breaking the Rules= Don't Always Show Your Best Work?
Keywords
maine acadia national park photography have a nice day nate parker photography black and white acadia national park acadia bar harbor maine photography canon
Archive
January February March April May June July August September October November December
© Nate Parker Photography
Powered by ZENFOLIO User Agreement
Cancel
Continue