All I've been doing for the past two weeks it seems is printing and matting and signing and bagging for the summer season here on the island. I'm trying to get a proper jump on it this year because last year I was a little flat footed out of the gate on the whole bit but this year have a better idea of how to make the most or the best of it. The first thing is that I have three sizes of prints going to the galleries this year: a small 5x7" matted to 8x10 ( I know the ratio is kind of funny but the mat cutter lady kind of lost it in the translation and cut 40 of them like that so might as well go with it) a medium 11x14" matted to 16x20" and the large 16"x20" matted to 24"x28". Thereby a whole new range of price points and wall sizes have been introduced which should make the potential buyer do the super happy monkey dance and help make next winter better than this last. In a weeks worth of time I will have gotten 88 matted and signed prints out the door and into the territory of the art buyer and I'm going to do that twice more before Memorial day so long as I can bear the repetitive and absolutely mundane work of putting prints and mats together.

Anyways: I figured that as a public service announcement for any of my photographer friends who make their own prints like I do-  whom may have never experienced this particular printing malady (because I hadn't up to this point) this is what a clogged print head looks like: 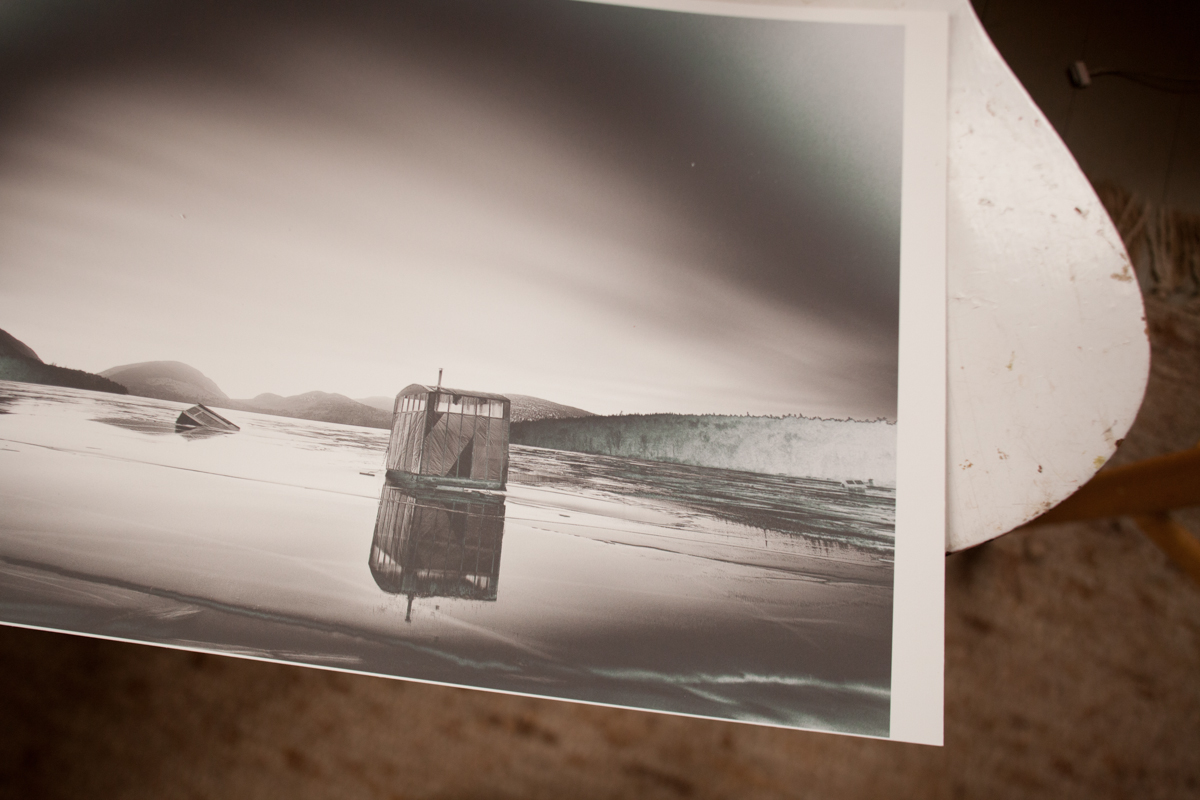 See how it kind of looks like a negative- that's because my matte black ink wasn't firing. My Epson 3880 has 4 kinds of black inks and what had happened is that because of the super low humidity of winter one of the heads had clogged and it really freaked me out when I first looked at this. I ran a print head check and this was the result:

See how there is a missing segment of the grid pattern at the upper left- that's indicative of the clogged print head. A print head cleaning did the trick after that but I figure I probably burned through at least 20 bucks in ink retesting and recleaning the printer before I was thoroughly satisfied that everything was once again dorey hunky- and that was just running the process through 3 times- but I could see by the ink capacity readouts that it bled a bunch of inks through that process. I have actually heard that some people leave a damp sponge under the plastic dust cover to the printer to help alleviate potential clogs in the dry season- there's just something about that though that strikes me as being crazy for some reason. Nonetheless, hope this helps anyone who does their own printing who hasn't seen this before. In the almost two years that I have been making prints on my Epson 3880 never before had there been a clogged print head. Right then. That's all I've got for today- hope you're well and have a good one- Nate from Maine, Usa.

Powder free nitrile gloves(non-registered)
but yeah Thnkx for spending some time to go over this, I am strongly regarding this and really like reading more about this topic.