Guy on a path. 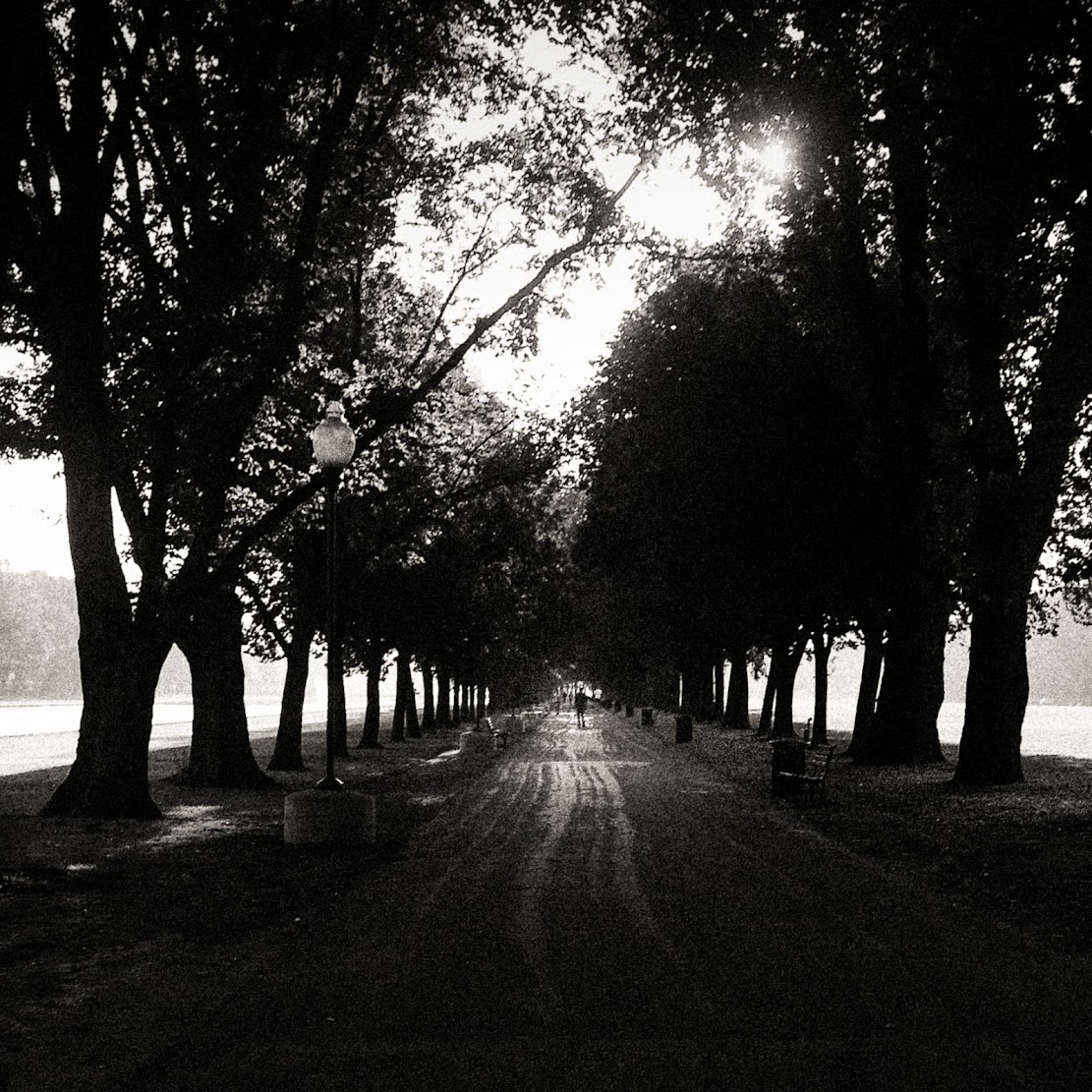 Guy on a Path, Washington D.C. -Found this old image the other day while bushwacking through the 2008 folder, Sophie made this one (I can tell because Nikon stuff is in the Exif) and I tweaked it to black and white. I like the path and the form of the guy, I don't like the light area in the clearing above the trees- maybe I should crop that out. Whatever.

So, I just haven't been feeling like continuing on with the same old photo drivel here since Monday and those dumb bombs in Boston (I'm from there, and I lived pretty much lived right there where it happened for years while going to school.) I guess I just can't get over what a horrible thing it is to attack innocent people in that way- people who had nothing to do with anything other than being the face of a cheering crowd. What a cowardly and pointless thing to hurt so many people like that and by the sound of it, he wasn't even with his bomb when it went off- he fled the scene after dropping the bag. And what's the point ultimately? Whatever happened to hanging a giant banner illegally off a building or something in order to get a message across, and otherwise nobody has "claimed responsibility" as far as the vindictive or militant popular groups are concerned- so what then was the point? Is it that that's the way the world is now? That we have a massively horrific violent civil calamity every 2-4 months? Since when has that become a routine part of everyday life? Editors opinion: since box stores and all their sundry cheap crap came to America. Don't hold me to that- just my feeling of when it all started to go down the tubes.

here's some of my other random and unimportant opinions: the guy or group will be caught who attacked Boston. And they will probably wish that they stayed with their dumb bombs vs what the American people will do to them once they are caught. I'm hearing about absolute "witch hunts" on the internets at places like Reddit and 4chan where the crowd is handling the crowdsourcing of the images and hackers are going where they want to get information and it's just a matter of time, the police and FBI hopefully will get to them first. I've heard of people vowing to come and support the marathon next year en masse and to "join together to rise above" kind of thing. Other people are adamant about not being put off of our American ways and showing solidarity to not let the fear mongers win- to not affect our way of life. Either way I wonder how those two spots of impact on Boylston St will be dealt with and if people ever again will stand on those spots to celebrate the finish of the marathon or if they will be sites of remembrance and respect with monuments of love and faith and hope and humanity to keep their place there. Monuments that would expose malevolence as a quick selfish meaningless act and contrast that with the solidarity of good that mankind stands for. Times like these are times when you forget all about your dividends and investments and two-for-one deals and think on and remember "what is it all for", "what is it all about"- and I would posit that it is not all about hunting- but may be all about gathering. Love thy neighbor. Live and let live. "Do what you do when you did what you did- to me." -Jermaine Jackson, 1985. That's the most r+b way to put: do unto others as you would do unto yourself.

And with that- have a good day, Nate from Maine, Usa.