Giant Prints of Old Ladies on the Side of a House Over the Water- Provincetown, Ma. 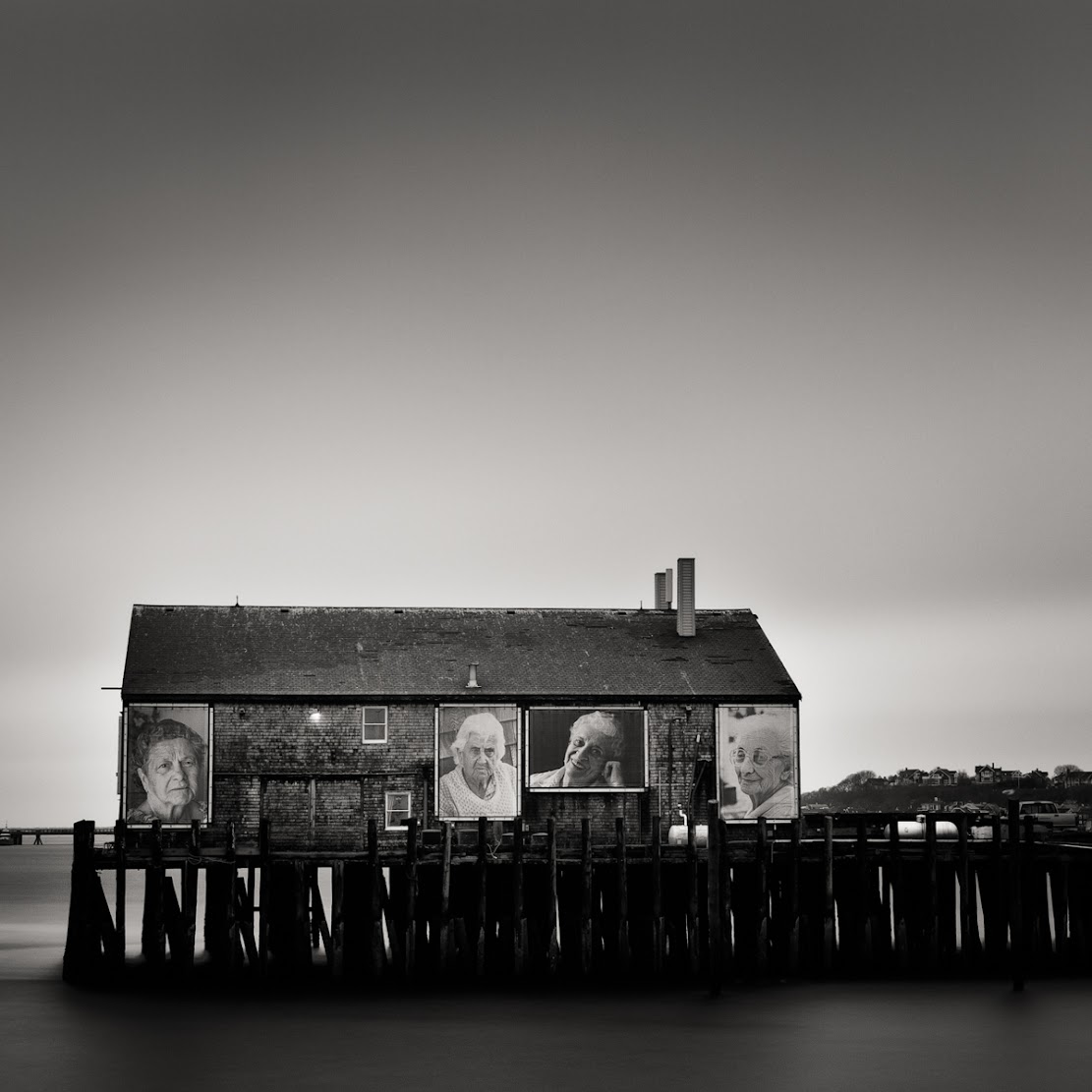 Giant Prints of Old Ladies on the Side of a House Over the Water- Provincetown, Ma.

They feel a little bit in the style of Dorothy Lange, if I may be so generous. Whatever happened to the WPA anyways?- or the concept of having a government agency hiring a couple dozen awesome contemporary photographers to go around America and photograph where we are right now. Are you telling me that in the 1930's the government thought photography was more important than it is now? Maybe now they are just "appropriating" images off the Flickr etc. but I'm all for making a modern take on the Farm Securities Administration's photographing of America in these changing times. Anybody know who to get in touch with about that? Anybody else have any good ideas?

Now here's a pretty great old Ansel Adams T.v. show that I just saw on the Youtube which I hadn't seen before to take us into the weekend- and I never realized he was such a good piano player. The soundtrack is a bit heavy but the content is worth it. Have a good one- Nate.

現金貸款(non-registered)
I wanted to thank you for this great read!! I definitely enjoying every little bit of it I have you bookmarked to check out new stuff you post.
https://jilislot-finnbet.com(non-registered)
I exactly got what you mean, thanks for posting. And, I am too much happy to find this website on the world of Google.
먹튀검증(non-registered)
I know your expertise on this. I must say we should have an online discussion on this. Writing only comments will close the discussion straight away! And will restrict the benefits from this information.
No comments posted.
Loading...
Subscribe
RSS
Recent Posts
Update Summer 2015 iPhone beat me at my own game- Dream Job: Photographing a Lexus ad in the deep of winter in Maine Update: got married, shooting flash, and snow on the ground. The 26 hour day- Triptychs and diptychs oh my! On maintaining creative momentum, or How I learned to stop worrying and love the process Revisiting old processes reaching for new results. Cape Cod before's and after's's's's... On Breaking the Rules= Don't Always Show Your Best Work?
Keywords
maine acadia national park photography have a nice day nate parker photography black and white acadia national park acadia bar harbor maine photography canon
Archive
January February March April May June July August September October November December
© Nate Parker Photography
Powered by ZENFOLIO User Agreement
Cancel
Continue