Ice Shack Of The Day 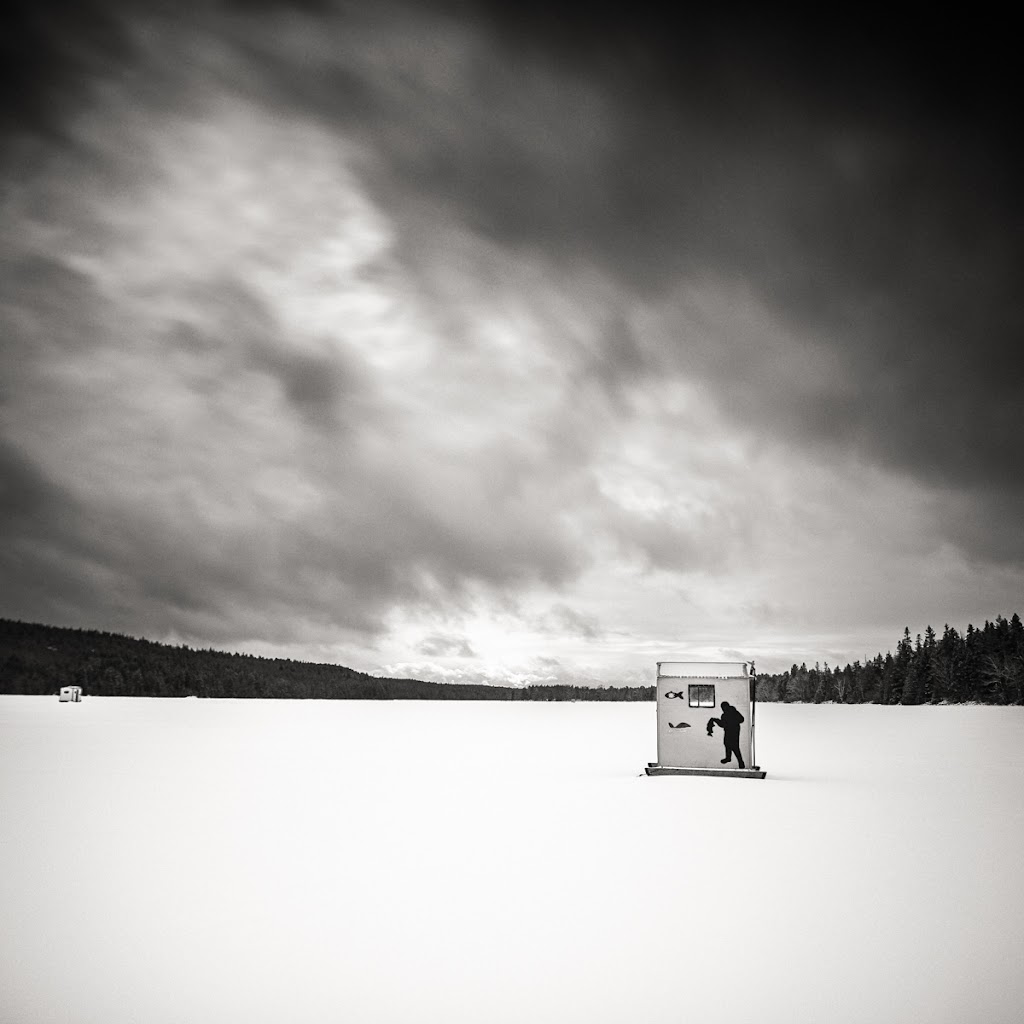 Technical stuff: sometimes I like to make my long exposures shorter and retain some of the edges of the clouds if there is an angry enough sky- along with a larger aperture that will also soften the plane of the sky, this style of short Le evokes feelings of Wizard of Oz skies or something. 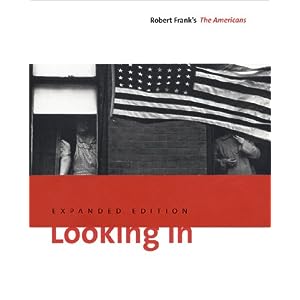 which is an awesome study of black and white photography and America in the 1950's and the amazing character of Robert Frank but what really struck me as the most from flipping through those images was the massive in-your-face, almost sometimes completely visually obliterating- grain. Grain like an eye ball full of beach sand, not to say that I didn't like it- the grain gave some of those images an abstract and impressionistic quality that is completely beautiful. Kind of like this: ( not quite the same on the web, nevertheless..) 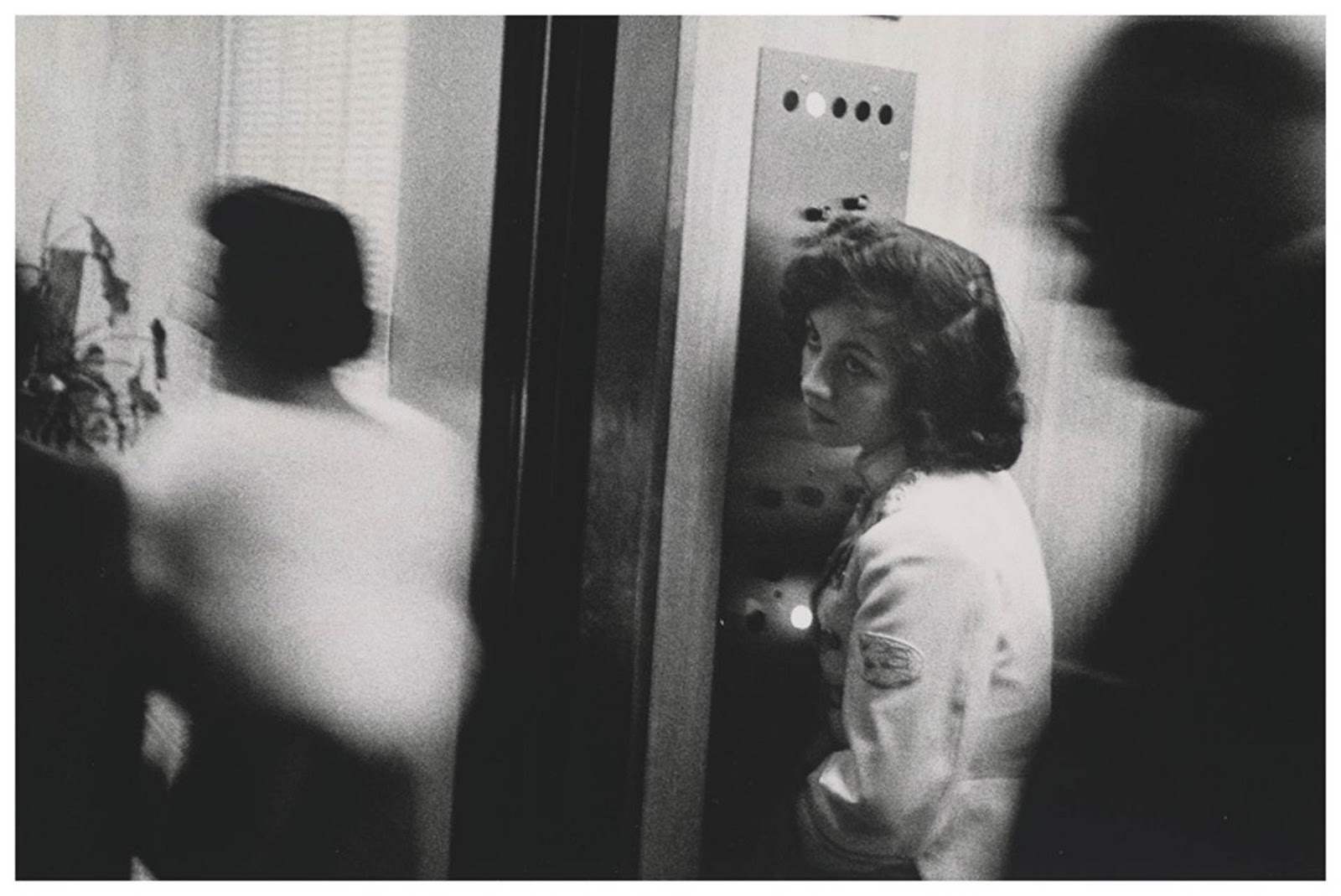 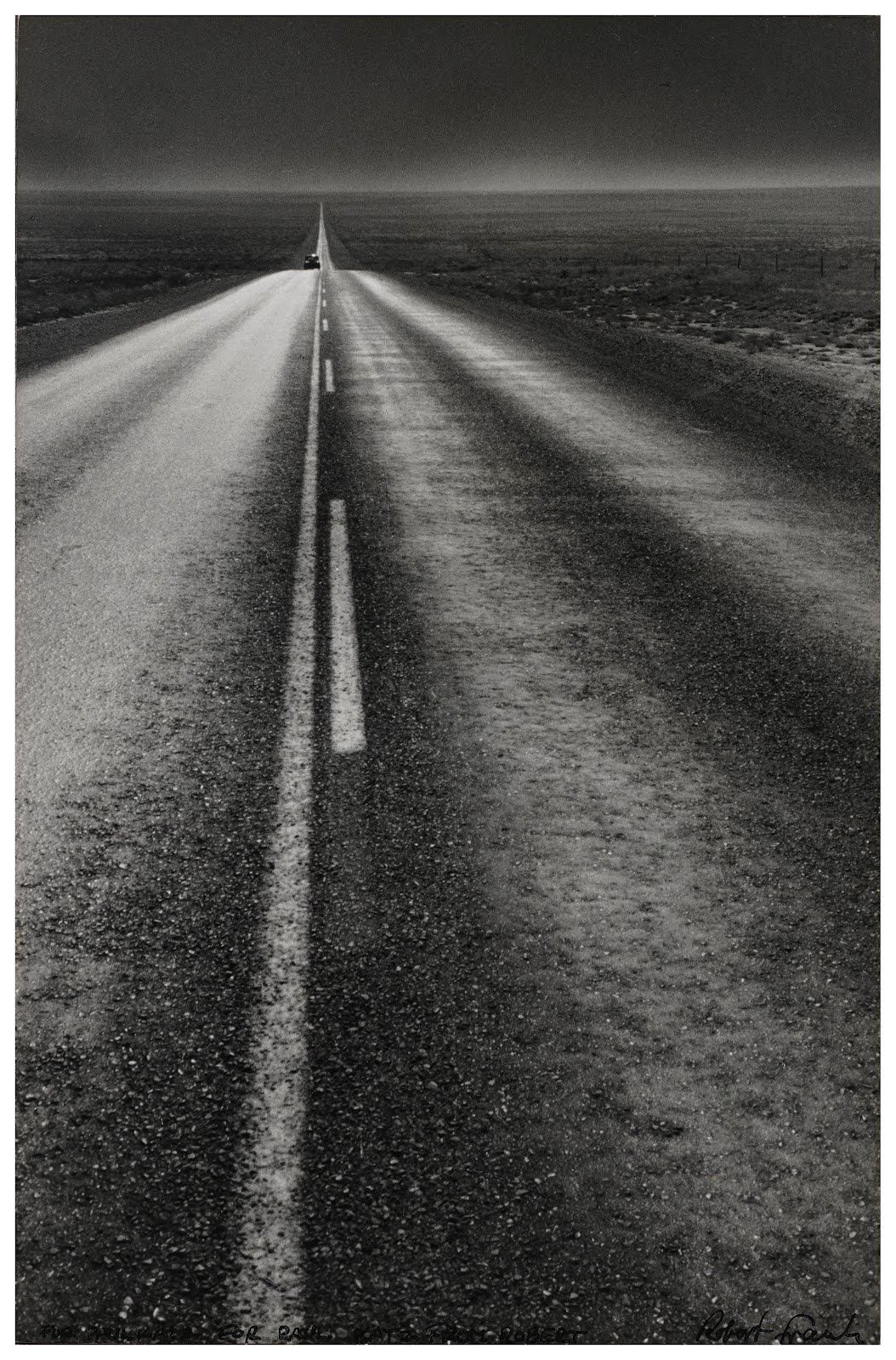 Like I said earlier, web compression does these images no justice, but what I'm seeing that I like about the grain is the dimensionality at the transitions of contrasty edges- not to mention the body of the midtones, but that's something else entirely- anyways, our super high fidelity cameras with massively clean high iso's make such a perfect image that sometimes there isn't any depth in the highlight to shadows transitions. It's just a feeling- don't hold me to this in ten years. Our cameras grain, when we can see it, usually looks pretty terrible and not very organic- it's kind of like a bug screen looking feel of the pixels- that's when you push the image too much and make the pixels angry. That's bad. Recently though (which is to say for maybe the last ten 'serious' images I've approached) I've been experimenting with adding just a little grain with my workflow through Nik Silver Efex and I'm liking it. Funny that- honestly I used to think post process added grain was lame, a trick to hide processing errors and just like adding a texture layer, akin to replacing a sky- but now not so much. I'm thinking that the right amount can fill out the body of the specular highlights just right, to gain depth. Well check back with me in six months in regards to this one and see what I say then, but I think this one is gonna stick for a bit. Any thoughts as to adding grain my friends?

아벤주소(non-registered)
I think this is an informative post and it is very useful and knowledgeable. therefore, I would like to thank you for the efforts you have made in writing this article.
Flaura Farm house barki road(non-registered)
This is very interesting content! I have thoroughly enjoyed reading your points and have come to the conclusion that you are right about many of them. You are great.
myvapesite.de E-Zigaretten kaufen(non-registered)
Best work you have done, this online website is cool with great facts and looks. I have stopped at this blog after viewing the excellent content. I will be back for more qualitative work.
香港網頁設計(non-registered)
I read your blog frequently and I just thought I’d say keep up the amazing work!
I read your blog frequently and I just thought I’d say keep up the amazing work!
Farm house For sale(non-registered)
Thank you very much for writing such an interesting article on this topic. This has really made me think and I hope to read more.
No comments posted.
Loading...
Subscribe
RSS
Recent Posts
Update Summer 2015 iPhone beat me at my own game- Dream Job: Photographing a Lexus ad in the deep of winter in Maine Update: got married, shooting flash, and snow on the ground. The 26 hour day- Triptychs and diptychs oh my! On maintaining creative momentum, or How I learned to stop worrying and love the process Revisiting old processes reaching for new results. Cape Cod before's and after's's's's... On Breaking the Rules= Don't Always Show Your Best Work?
Keywords
maine acadia national park photography have a nice day nate parker photography black and white acadia national park acadia bar harbor maine photography canon
Archive
January February March April May June July August September October November December
© Nate Parker Photography
Powered by ZENFOLIO User Agreement
Cancel
Continue