My "this week in photography" and other random thoughts 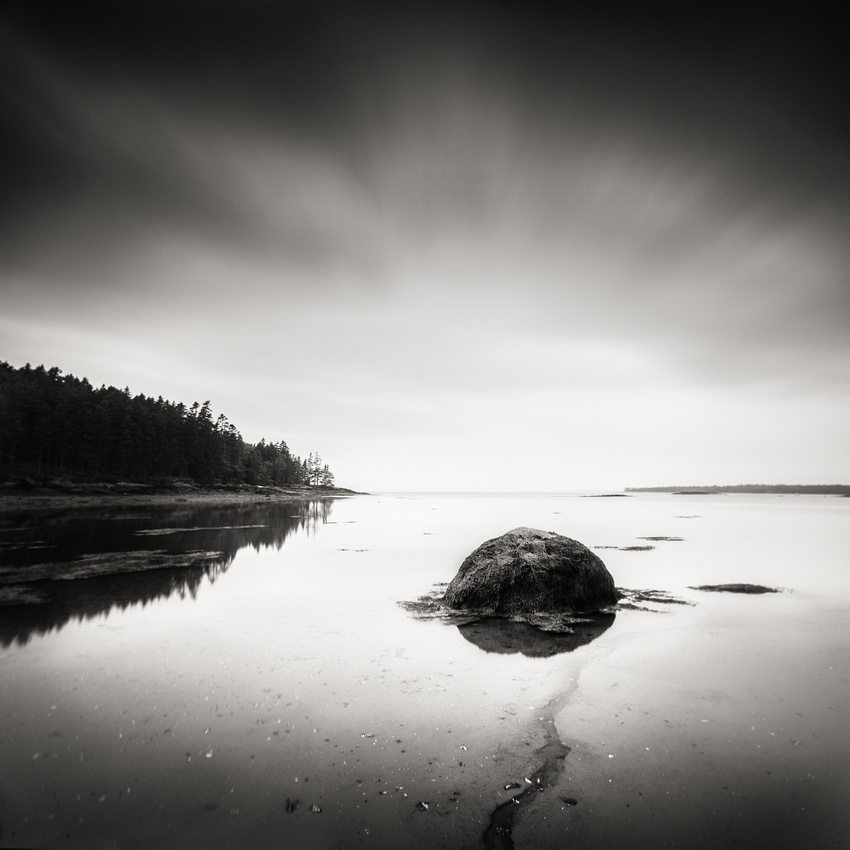 Hi fellas, hope you're well and enjoying the summer (if you are in the upper half of the world). The weather has gone back into a more dynamic pattern with the crazy heat wave that we've all been having, and after just a week or so of a boring high pressure clear skies pattern, we're having regular fog and pop-up thunderstorms and such that makes you want to check your battery and get out there shooting. Last Saturday was a particularly exciting day for camera fun- when I was kissing Sophie goodbye on the way to work in the morning she mentioned that there was a report that there would be aurora potential that evening, and I had heard of the massive solar prominence a couple days earlier and I saw some other posts of the Facespace from Maine shooters saying the same, so I was all hopped up and psyched for the opportunity all day long. After I got home from my dayjob I pounded some coffee and went chasing the anvil clouds and the thunderstorm that was building and found a new location right down the way in my own neighborhood along a rocky cove and long beach that I never knew was there, and geeked out shooting there for the next 3 hours until sunset. Nothing super crazy happened, but a friend of mine who I talked to later was about 5 miles away around the corner at Seawall with his family and they were all fired up about the crazy lightning storm they watched right off the shore, claiming to see hundreds of strikes, so I missed it by that much! Rats!

One thing that occurred to me while I was at that beach Saturday was that one of the reasons that I like to be alone when I'm photographing is that I like to talk to myself while I'm doing it. That is to say: I tell myself "don't drop the filter", I murmur about exposure settings, make exclamations about how cool something looks or about how I'm undoubtably going to make some kind of mistake and screw it all up. Photography has never really seemed to be a social or sociable experience (although commercial and studio and wedding shooters are the contrast) and for me just the fact that it takes me more then an hour + at a location to find the picture is reason enough not to want to make a bystander endure that test of patience.  But later that night I was completely pumped to go look at and photo the Northern Lights with Sophie. I've seen the aurora only a couple times, it doesn't appear too much in New England and the last time was in 2004 or so and it was nice with interesting red effects but not the brilliant green curtains that I've seen and would go crazy to be able to shoot. So about 10:30 or so and after the sky had cleared from the days storms we hit the road and drove over to Jordan Pond which would have a nice northerly view and an interesting silhouette of the mountains to compose with. We arrived there in absolute pitch dark as there was no moon, there was no breeze, it was probably 65 degrees, and it was beautiful. We picked a spot and I slipped and slided and waded out to a spot in the pond and set up the tripod and mounted my 5d2 and Canon 24mm f/3.5 Ts-e which is my fastest wide lens and it was a total bust. I made a few exposures of the ridge line and went for some star shot stuff but the lights never appeared, but not to say that it was a wasted or disappointing experience- it was a nice summer evening and it was nice to spend some time with my lady and while we were there we listened to fish jumping and the crazy calls of a pair of loons who were carrying on and the only thing that could have made it better would be the appearance of the northern lights. A bunch of the rest of you guys got some great shots though I saw so that's cool- well done with that!

Right then- on a completely unrelated note: lately I've been thinking about my images and I've been struggling with the idea that I'm starting to feel like I'm making the same picture over and over. Like to say that I'm getting a little bored with my approach. A majority of the scenes I'm making are wide angle seascapes or lakescapes, and it's bad if you find yourself being suspicious that you are operating in a formulaic manner, as I've been thinking. I'm always going to be a sucker for weather and interesting skies and fog, but I need to challenge myself with some new subject matter or  approach. Maybe I should do some macro black and white florals- Sophie has a ton of interesting flowers (she grows them in the front yard and works in a greenhouse), maybe I should do a video project or a timelapse project, I need to come up with a plan. It's almost fair season so some street-style fair photography could be in order. And I've been wanting to make more forest extracts, which I have been doing occasionally.

So that's my challenge. I think it's important to take stock of what you're doing creatively and make sure you're on the right path. Or something like that. Am I right? Am I wrong? Whatever. Hey, thanks for stopping by, and have a nice day -Nate from Maine, Usa.